The statue of honors John C. Calhoun, the most significant South Carolina lawmaker of the 19th Century.

CHARLESTON, S.C. — South Carolina Representative Wendell Gilliard is the latest lawmaker to call for the removal of a statue of a controversial figure.

In a letter to media, Gilliard, who represents District 111 in Charleston County, is calling for the removal of the statue of John C. Calhoun in Charleston's Marion Square.

Gilliard says, "This statue in Marion Square is raised high and sits next to a powerful Jewish memorial and just blocks from Mother Emanuel AME Church where that horrible tragedy occurred five years ago."

RELATED: Robert E. Lee statue, other Confederate monuments in Richmond to come down

Calhoun served as the seventh vice president of the United States from 1825 to 1832, serving under John Quincy Adams and Andrew Jackson before returning to the US Senate. He was a defender of slavery and of states' rights, and owned slaves at his Upstate home in Fort Hill.

You can see Young's letter here: 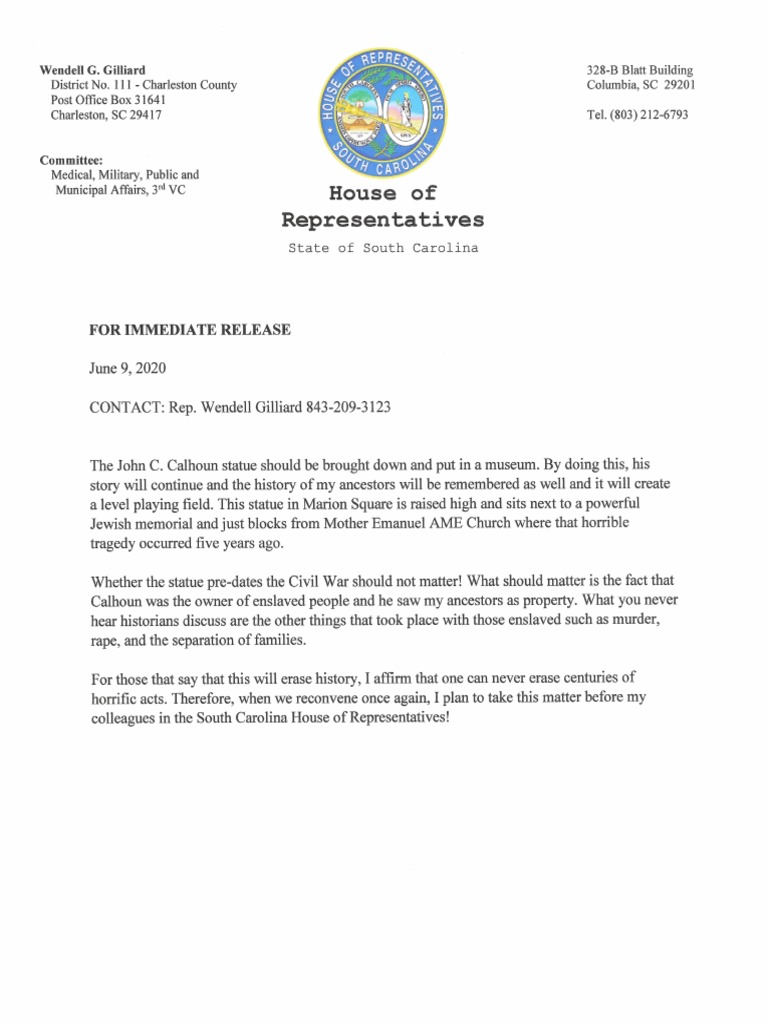 A photograph from 1892 of Marion Square shows the first version of the memorial to John C. Calhoun; it was later replaced.