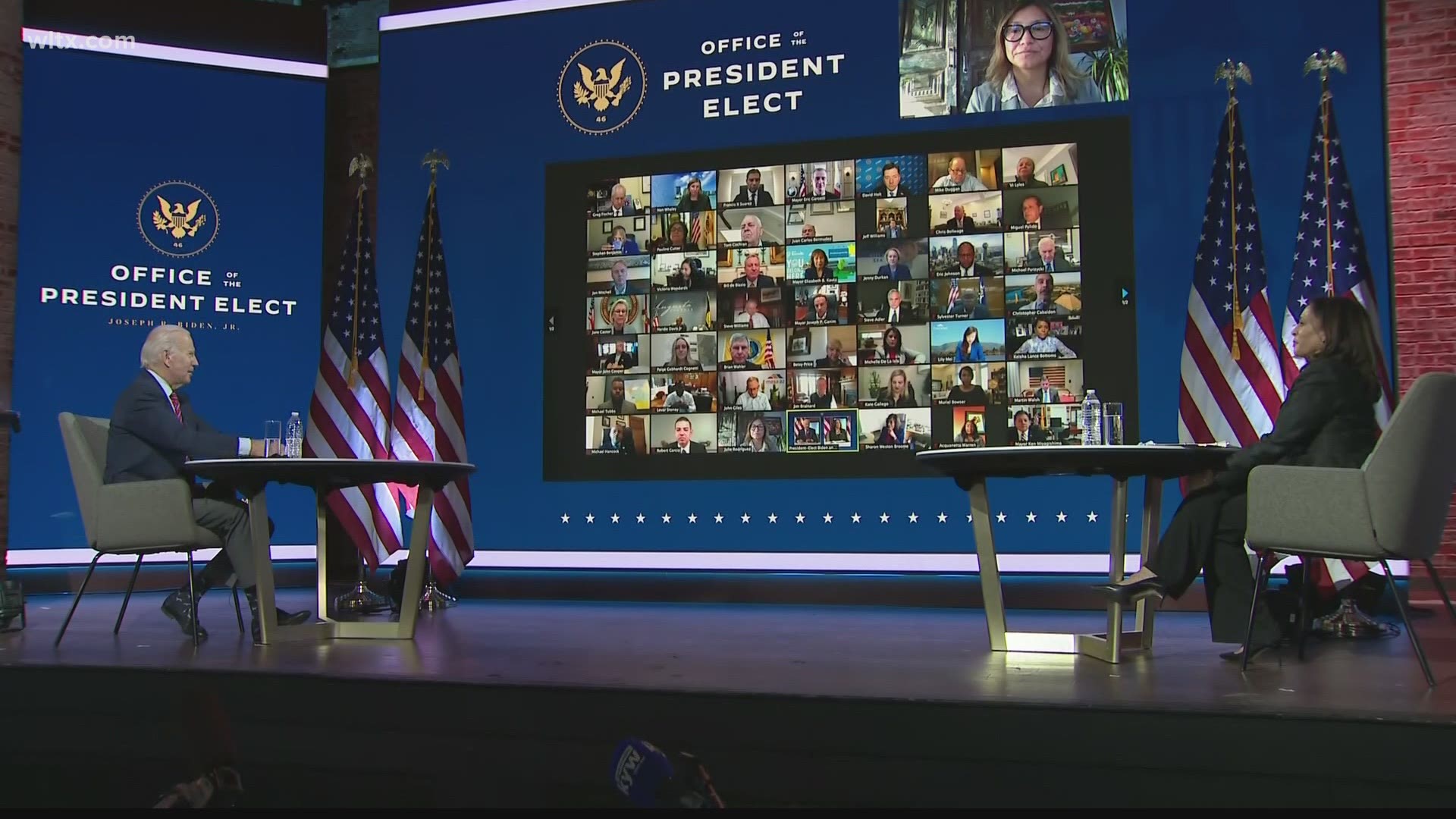 COLUMBIA, S.C. — President-Elect Joe Biden and Vice President-Elect Kamala Harris met online with several mayors to discuss how they can work together to help American cities once they're sworn in. Columbia Mayor Steve Benjamin was one of the select few that joined the conversation.

Biden began the meeting by saying to the mayors, "all of you have [been] on the front lines from the very beginning and as we head into this Thanksgiving, in a very dark winter of cases and hospitalizations and deaths spiking, I want you to know that we’re here for you and we’re going to listen to you and work with you and it’s the first priority we’re going to have once sworn in."

Today President Elect Joe Biden and Vice President Elect Kamala Harris virtually met with the US Conference of Mayors to discuss pressing issues like COVID-19 and repairing the economy. Can you spot Columbia Mayor @SteveBenjaminSC? pic.twitter.com/IDciWx87Sj

Mayor Benjamin was there because he is past president of the United States Conference of Mayors and is on the executive committee.

"The US Conference of Mayors has had a long-standing relationship with whoever is in the White House," said Benjamin. "We’ve endeavored to make sure our leadership structure is bipartisan."

He says the President Elect answered their questions on pressing issues like COVID-19 and the economy.

"We are in the midst of an economic challenge that’s been caused by a public health challenge," Benjamin told News19. "How do we help our children matriculate back into schools safely? How do we address one of the pressing threats facing American families. Not just the pandemic but foreclosures and evictions and unemployment. How do we help small businesses?"

Biden did not specifically say anything about mask ordinances, according to Benjamin. The mayor and city council just strengthened Columbia’s mask ordinance earlier this month.

"You saw this past weekend that penalties on the increased mask ordinance skyrocketed," said the Mayor. "I would fully expect that to continue to be the case."

President Elect Biden assured the mayors that Monday’s meeting wasn’t a one-time thing. Biden said he plans to work with mayors and governors regularly once he is sworn in.