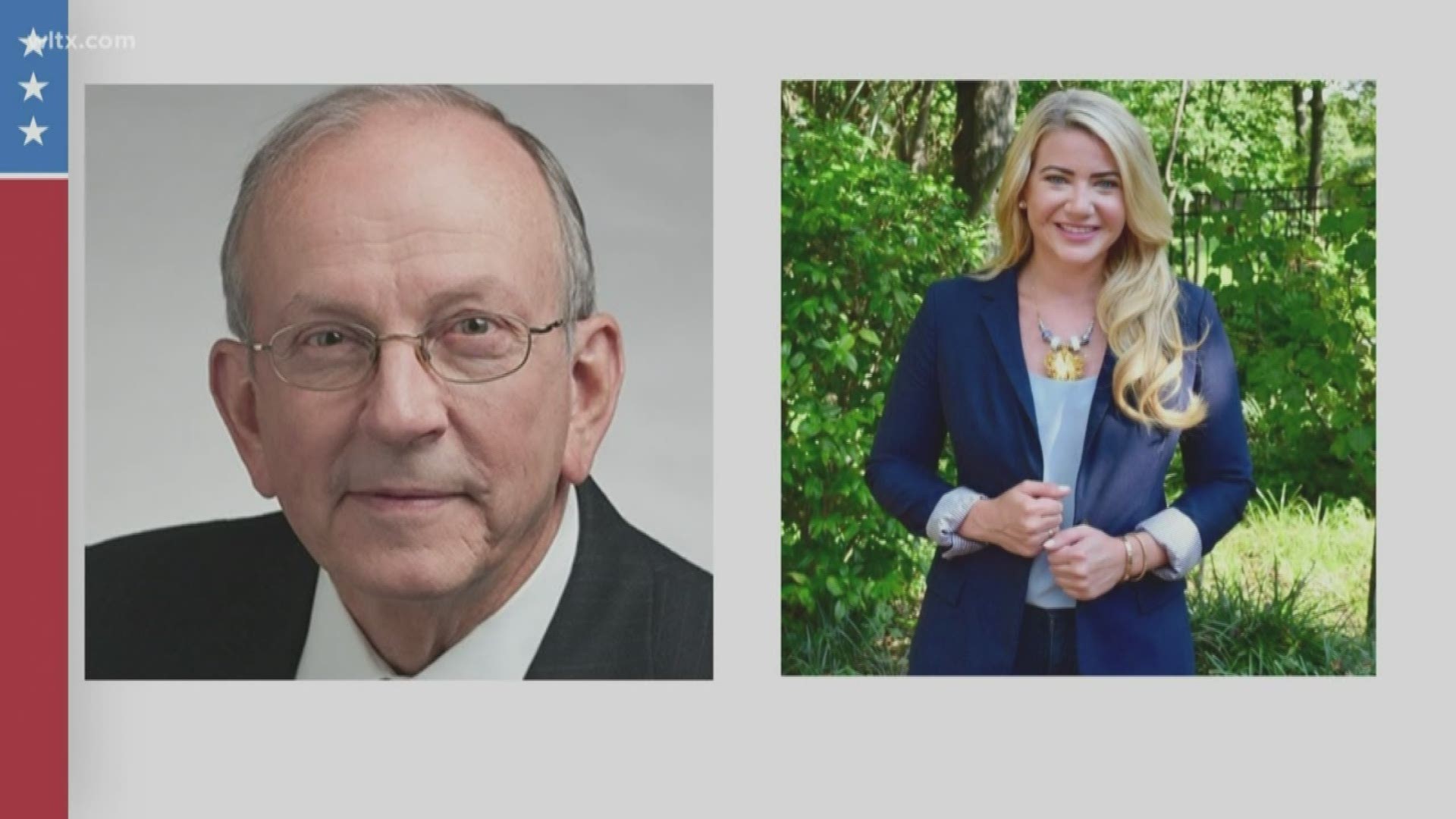 COLUMBIA, S.C. — Incumbent Howard Duvall is headed to a runoff against rival Sara Middleton for one of Columbia's at-large city council seats.

In unofficial numbers, Duvall led Middleton 44 to 36 percent. Dylan Gunnels was third at 12 percent, while while Amadeo Geere was fourth at 8 percent.

Middleton and Duvall will meet in a runoff on Tuesday, Nov. 19.

Duvall was first elected to City Council in 2016. During his tenure, Duvall has chaired the city's Technology Committee and been a member of the Arts & HIstoric Preservation Committee and Administrative Policy Committee.

Before coming to Council, he also served on the boards of the River Alliance, Transitions, and the State Retirees Association of South Carolina, and was the director of the South Carolina Municipal Association.

While on council, Duvall has championed the cause of banning e-cigarettes, redeveloping Finlay Park, and repealing the all-night permits for bars in the city to help combat the problems in the Five Points entertainment district.

"We had hoped to take this thing over the 50 plus one percent tonight, but we were about 44 percent," says Duvall. "The trick here will be to get the people back to the polls."

Duvall says he is planning to meet with his campaign team and work on a strategy to get support from people who voted for Gunnels and Geere.

RELATED: City of Columbia may redefine law on smoking in public places to include e-cigarettes

RELATED: What to do with Finaly Park?

Middleton is a graduate of Winthrop University and the University of South Carolina's School of Law. She ran on a platform of creating a safe community, investing in and increasing Columbia's workforce to create growth, and bringing a fresh perspective to city planning for growth.

"At the end of the day the majority of Columbia didn't vote for the incumbent," says Middleton. "Columbia wants change and I am truly excited to be a part of that change. I think voters made a statement today that we all want fresh ideas and we want a more business and family friendly community."

Candidates for Columbia's At Large District