The Arabia Mountain High School student is part of a wave of young people jumping feet first into the election process. 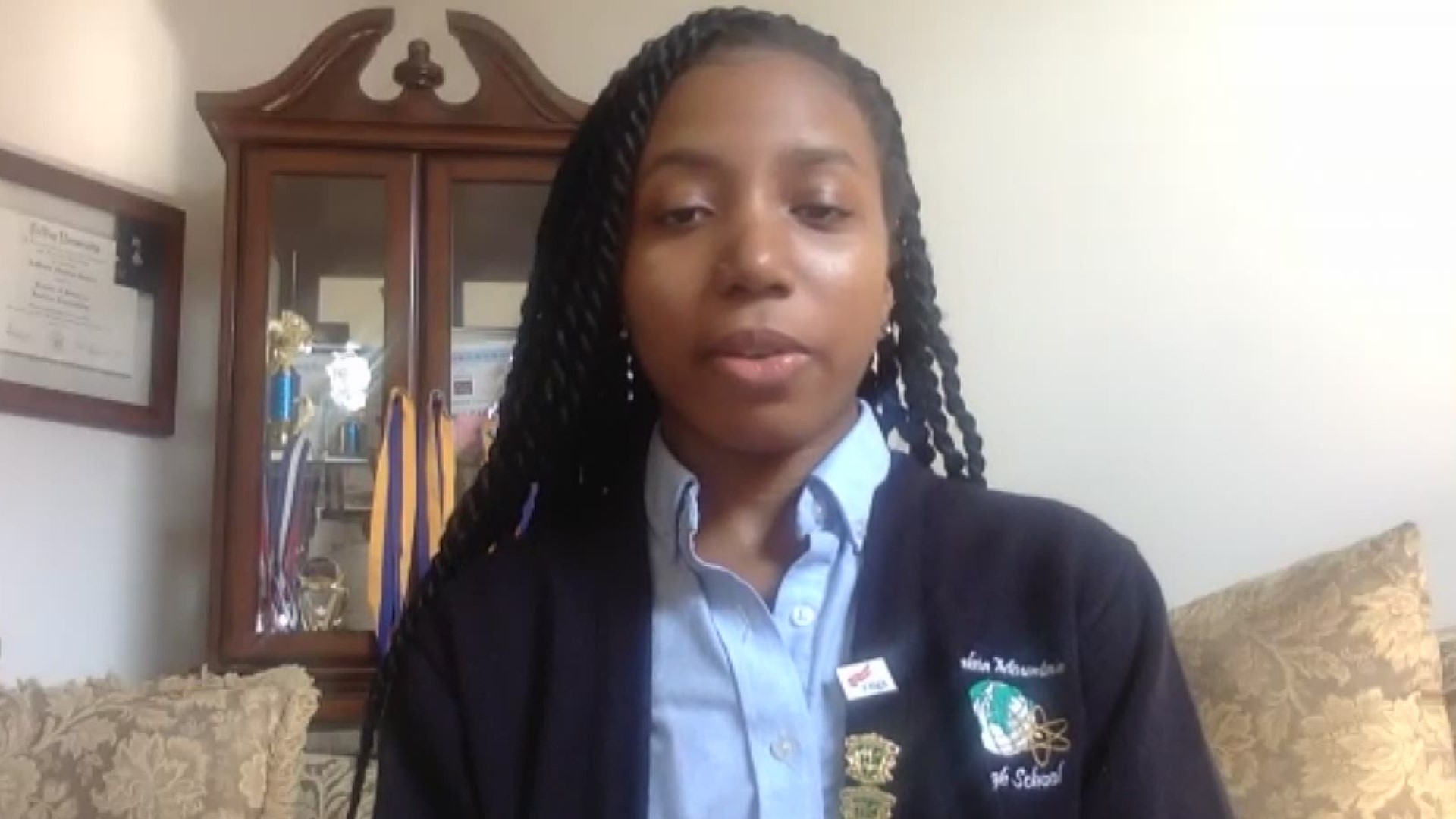 DEKALB COUNTY, Ga. — Young and first-time voters could play a big role in this year's upcoming election, and one DeKalb student in that demographic is hoping to mobilize her peers.

Aerial Sanford is 17-year-old, but she can't wait to vote. And while she won't hit the age requirement before November's election, the Arabia Mountain High School student is part of a wave of young people jumping feet first into the election process.

"I do think everyone should get out an vote and take it serious,"  Sanford told 11Alive.

"Voting is very important, and since we are so young I do feel like our vote does count, and I just thought it would be an amazing opportunity for us to vote at such a young age."

It's happening everywhere - from protests to high schools to social media sites. Young people realizing the power of their vote.

This year, DeKalb County and Atlanta Public Schools teamed up with When We All Vote, a non-profit, non-partisan origination working to increase voter participation and close the gaps in race and age by changing the culture of voting.

The campaigns from both districts have used "good trouble" in their names, after the popular saying from late Georgia Congressman John Lewis.

Student ambassadors, like Sanford, got resources to lead voting efforts at their schools and in their communities. And they're not alone in their work. Other districts like Gwinnett and Fulton County Schools both confirmed their own regular efforts over the years - and even in the pandemic - to encourage eligible students to vote.

But schools aren't the only places getting involved. Facebook said it has helped 2.5 million people sign up to vote. And the social media app Snapchat reported helping more than a million users register to vote. The company said more than half are first-time voters and more than 80% are younger than 30, with Georgia listed as a one of the states seeing the largest number of additions.

For Sanford, it shows that people her age are taking this upcoming election seriously.

"It shows that we're being serious about voting and how serious voting is, and our voices do need to be heard, and that if we want a change we should all get out to vote," she said.