Chris Whitmire with the State Election Commission talks about what election offices are doing to get ready for the election. 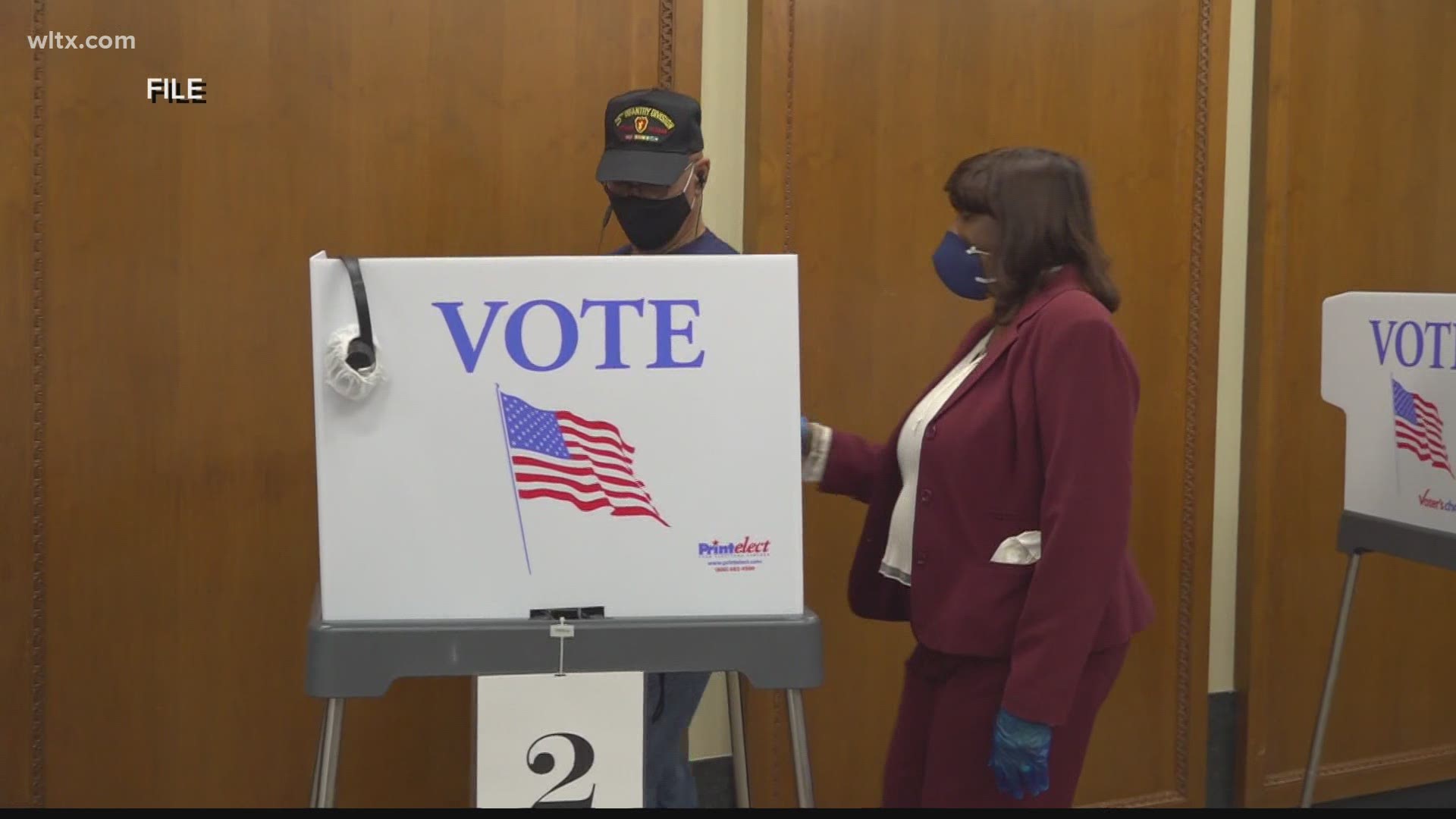 COLUMBIA, S.C. — Preparation continued in the last week leading up to the November General Election, as local offices readied voting machines, ballot scanners and their staff while continuing to assist a record number of in-person absentee voters.

“Many counties are probably still training some poll managers making sure all that equipment and supplies are ready to go and that they have their plans in place for dealing with by-mail voting too,” Chris Whitmire with the State Election Commission said.

As of Monday evening, more than 460,000 mail-in ballots had been issued.

Whitmire said they have provided additional supplies and funding to allow counties to increase their staff to help with the count.

Counties will also have an extra day to begin the ballot counting process, Whitmire said.

“I believe most counties will be complete on election night, but there is the possibility there are some counties that could go into the next day and I don’t imagine it going any longer than that,” Whitmire said.

As in-person voters continue to head to the polls, some wonder if they can still vote after testing positive for the coronavirus.

Application information can be found on SCVotes.gov or by calling your local elections office.

Already 988 thousand ballots have been issued and Whitmire expects that number could increase to more than a million before election day.

Based on average turn out, that could mean more than half of the voters expected will have already cast their ballot.