Making sure your absentee ballot counts

Here's how you can make sure your absentee ballot will count in November's election. 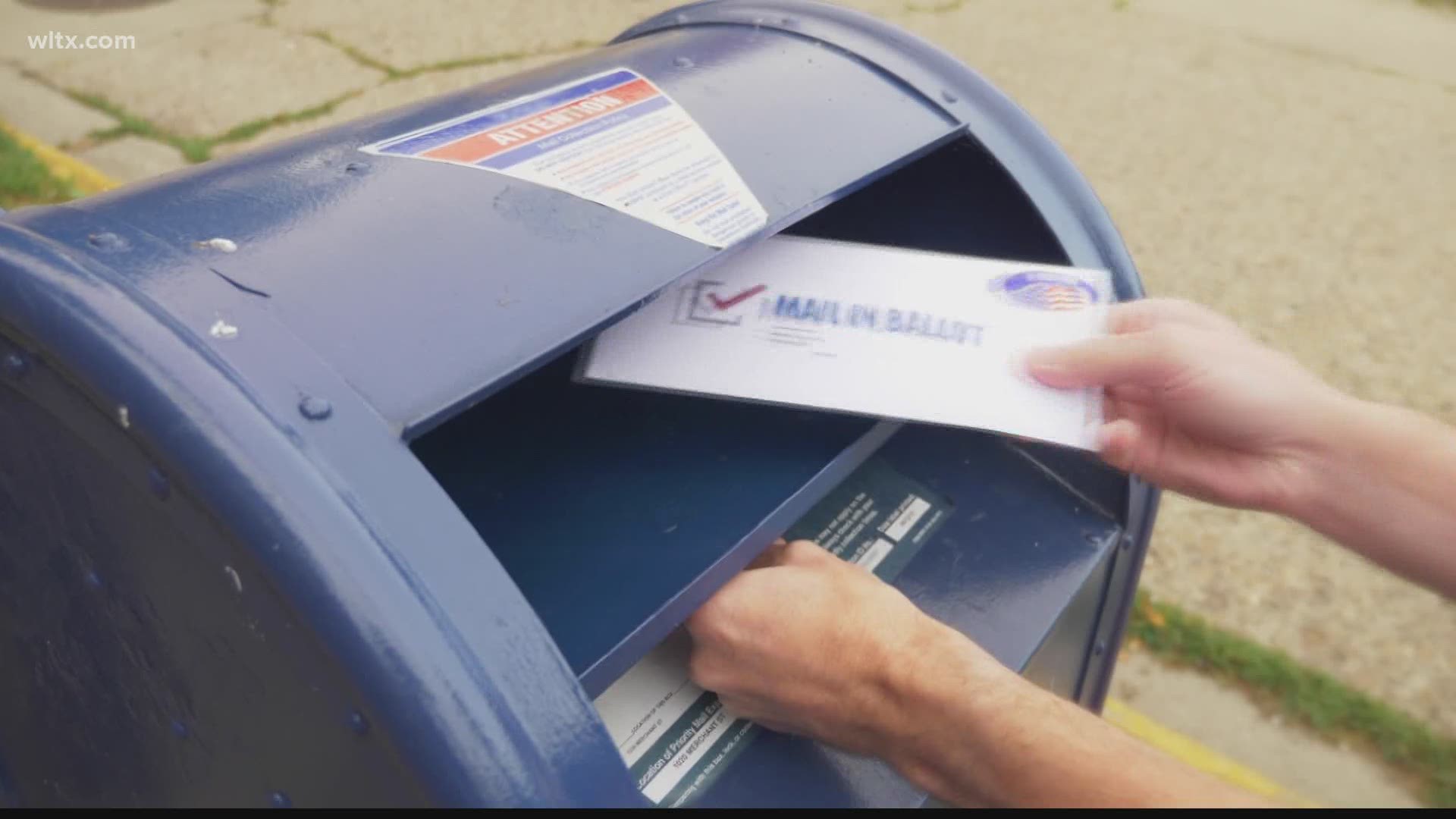 LEXINGTON, S.C. — News 19 checked in with voting officials to find out how you can make sure your absentee ballot will count in November's election.

More than a million South Carolina residents are expected to vote absentee in this year's election due to the COVID-19 pandemic.

Mary Brack, Director of the Lexington County Department of Voter Registration and Elections, says there are two ways people can absentee vote this year.

"Right now, you can go ahead and order an absentee application and send that into us, and then once we get that, within a few days turnaround, we'll be issuing you your ballot," said Brack.

People can go through scvotes.gov or call or email their county election commission to request an absentee ballot.

If an election commission doesn't receive your application in time, you will have to vote in-person or bring the application to them. They will be able to provide the ballot in-person but they can no longer mail after that deadline.

When someone gets a ballot, they'll need to open it up and fill it out. Once that's complete, they'll place it in the "ballot here-in" envelope and then place it in a postage paid envelope provided for voters to return their ballot.

"That's where the oath is, and there's already a label with your name and everything on it. So, that's where you sign at the bottom, where you would have a witness, and that is what is mailed into us," said Brack.

The department started issuing ballots Monday, September 21st. They'll be keeping track daily of all the ballots that are coming in.

"Any ballot that is returned to us is counted, I just wanted to stress that," Brack said. "If you do mess up on your ballot and it won't read through our big counter that counts all the absentee ballots, there's a way that we can go on there and see an image of that ballot and we can actually see ... like if a person didn't bubble in something or made it really big and put an x, and we know your intention. In other words, every ballot is captured on there and then we can accept that ballot if it rejects it."

Basically, the machine takes a photo of the ballot. If a voter marks their vote with an x, rather than bubbling it in, the department can tell your intention to vote for that candidate and can make sure vote still counts in the system.

One thing that has been confusing for voters is whether you need a witness signature or not.

A federal ruling last week said that a witness signature would not be required for absentee mail-in ballots for the election in November. Some lawmakers in South Carolina were against the ruling.

On Thursday, the state election commission announced the Fourth Circuit Court of Appeals issued an order requiring voters to have witness signatures on their ballot return envelope.

"Once we start receiving ballots back in the mail, they're clocked in our system and then they go into a ballot box and they're secured with the seal, and those are not opened until we start counting them," Brack explained.

The director went onto say, "We can open up the outside envelope and separate the ballot here on the Sunday morning before the election on Tuesday, but we cannot open the ballot in your envelope until Tuesday morning, election morning, at 7 a.m."

Those ballots are then run through the ballot counter. No results will be announced until after 7 p.m. on election night.

If someone feels like they have messed up their ballot, there's a way they can correct it. They just need to get in touch with their local department of voter registration and elections office.