The state has issued nearly 500,000 applications for absentee voting in the 2020 election. 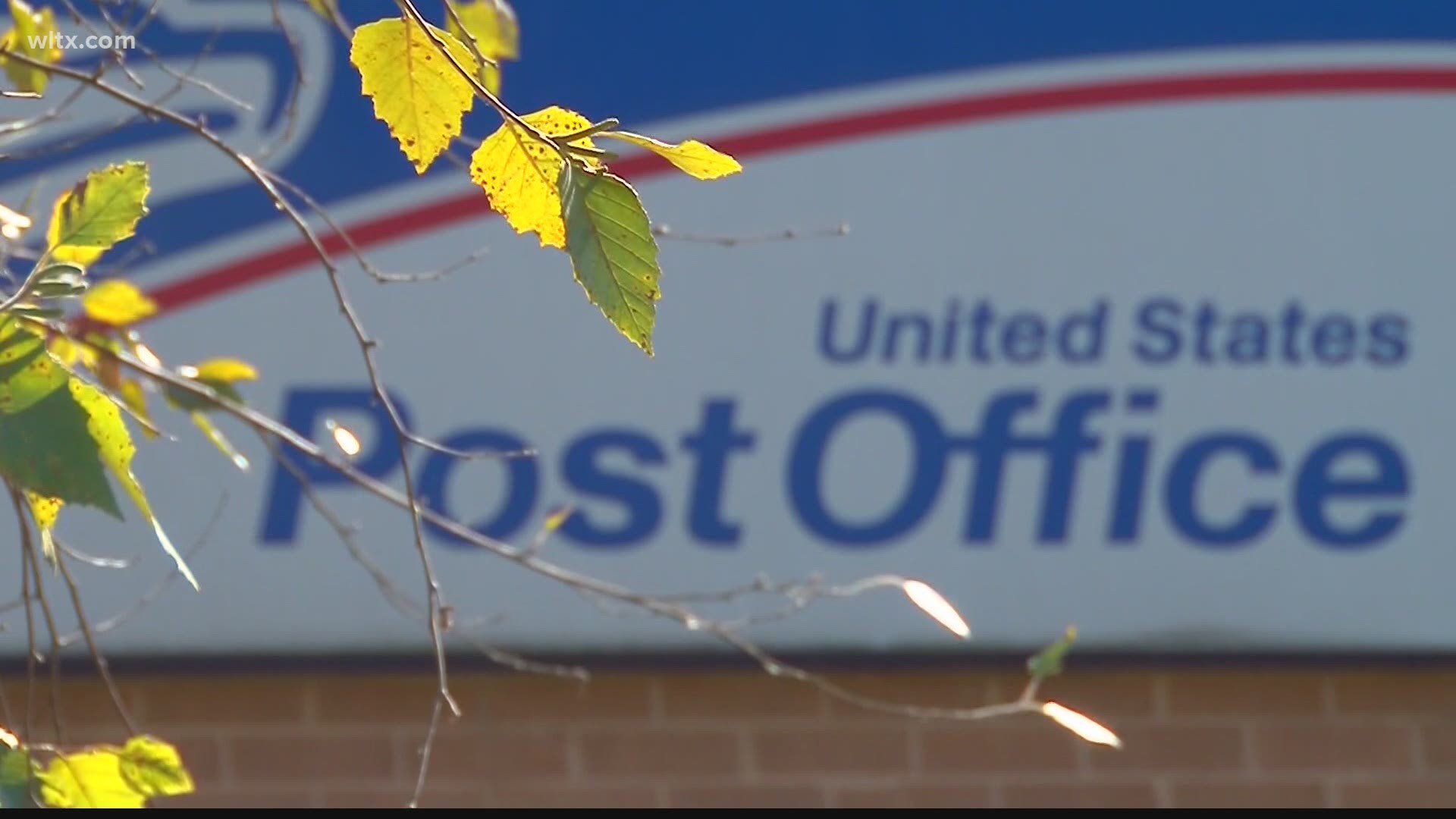 COLUMBIA, S.C. — The number of absentee voters in the 2020 election continues to grow after beating the record by hundreds of thousands.

Because of the coronavirus pandemic, many people are choosing to vote by mail instead of voting in-person because of health concerns.

"We've had about 340,000 [absentee applications] returned, so right now about 340,000 people have already mailed their absentee ballot or set to receive it," said Whitmire.

So far 100,000 ballots actual have been sent out statewide and this number is expected to continue to grow. About 4,000 filled out and complete ballots have already been returned as of September 30, according to the commission.

Whitmire said there are several benefits for the commission now that more people are voting absentee.

"We have to of course mail that ballot out, got to receive it, then on the Sunday before Election Day, county election officials can began opening the exterior envelope and they can remove that inner ballot-here-in or secrecy envelope," said Whitmire. "Then on Election Day, they can begin opening the secrecy envelope, taking the ballots out, flattening them out and then running them through a scanner."

Through legislation, the commission said voting officials will now be able to have more time and be able to start earlier on the process of counting votes than in the past.

The state election commission will be providing more support and equipment like letter openers, mail sorters and more people to help open the envelopes.

With so many voters casting their ballot by mail this year, people are wondering if this will cause a delay in election results.

"My answer right now is maybe. We don't really know because, one, we don't know the total volume will eventually be of absentee-by-mail," explained Whitmire. "Then of course it varies from county to county what that volume is so one county could experience higher volume of an absentee-by-mail than others."

RELATED: What happens to my absentee ballot after it's returned?

It is possible election results could go on into the next day, but Whitmire doesn't believe it will turn into people waiting for multiple days or weeks.

At this time, a court has ruled you do not need a witness signature on your absentee return envelope for your ballot to count. However, it is possible this court ruling could change. Read more: https://t.co/JHSzPvAP32

There's been a lot of confusion on whether absentee voters by-mail should have a witness signature or not. Court decisions have gone back and forth on whether it will be required or not. In the most recent update, it's been ruled that a signature is not required at this time.

While a witness signature is not required at this time, Whitmire believes it would be a good idea to just go ahead and get one anyways for security.

"It is an on-going court case. A court could overturn the current ruling," said Whitmire. "Right now my recommendation is to go ahead and get the witness signature. It's really easy to do. A witness can be anyone."

If the ruling does change again, he doesn't believe it will impact voters who have already mailed in their ballot because they mailed it during a time where a signature was not required.

In-person absentee voting will begin October 5th and end on November 2nd. People who are applying to vote absentee-by-mail will need to do so by October 24th.