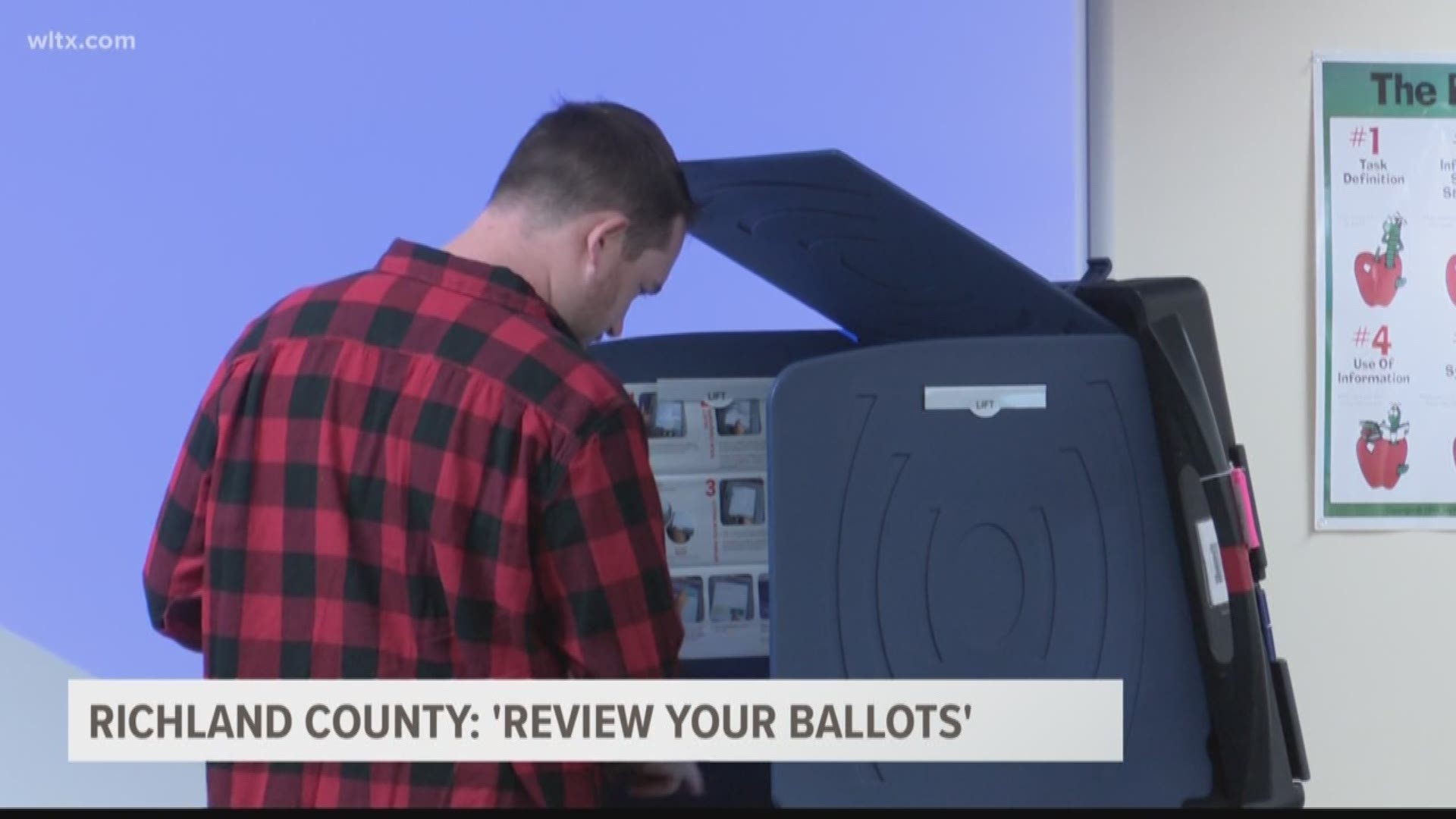 Richland County, SC (WLTX) — Election officials are reminding all voters to carefully look over their review screen before casting their final ballot.

This comes after News19 received several reports of malfunctioning voting machines in Richland County. Voters are reporting the final voting submission page did not reflect their intended vote, saying their vote 'flipped.'

News 19 reached out to Richland County Elections Director Rokey Suleman, who says they believe the problems were caused by a calibration issue with the voting machines.

Suleman says no one had their votes switched. However, if the touchscreen calibration was off, it could make an unintended selection. He says that is why voters should carefully review the final selection page before casting their ballot.

This is not the first time election issues were reported in Richland County. Two weeks ago, officials said an electronic issued required all personal electronic ballot cards to be replaced.

After this problem, Director Suleman said the issues were another symptom of aging voting equipment.

"Whereas the equipment gets older, we're going to start seeing more mechanical issues, more hardware issues, some more software issues. That's why it's really important that we try to transition to new voting equipment as quickly as possible,” Suleman told News 19 on October 22.

Suleman said he hopes there is new voting infrastructure in place before the next general election in 2020.

Technicians tell News 19 that it is typical for voting machines to get recalibrated two to three times on Election Day.

State Election Commissioner Chris Whitmire says he is not aware of any calibration issues within Richland County.

Whitmire says it is very common for voters to make 'unintended selections.'

"Touchscreens can also lose proper calibration," says Whitmire. "However, this is usually a matter of millimeters, so that if you touched near the edge of one candidate it could highlight and check the adjoining candidate."

News 19 received calls from voters from at least three Richland County voting precincts where the issues were reported.

Election officials stress that all voters should be careful when making selections and review their summary page before casting their final ballot.

If there is a problem, officials say you should contact the poll manager at your precinct immediately.

Outside of calibration problems, Suleman says there were malfunctions with flashcards, cords and non-functioning outlets.

LIST: Candidates and key races in the South Carolina elections

One caller tells News 19 she attempted to correct her vote several times to no avail. She asked a poll worker for another machine and was able to cast her vote there.