With the November election less than 100 days away, SCDP is hoping to push lawmakers to make changes to the absentee voting process for South Carolina voters. 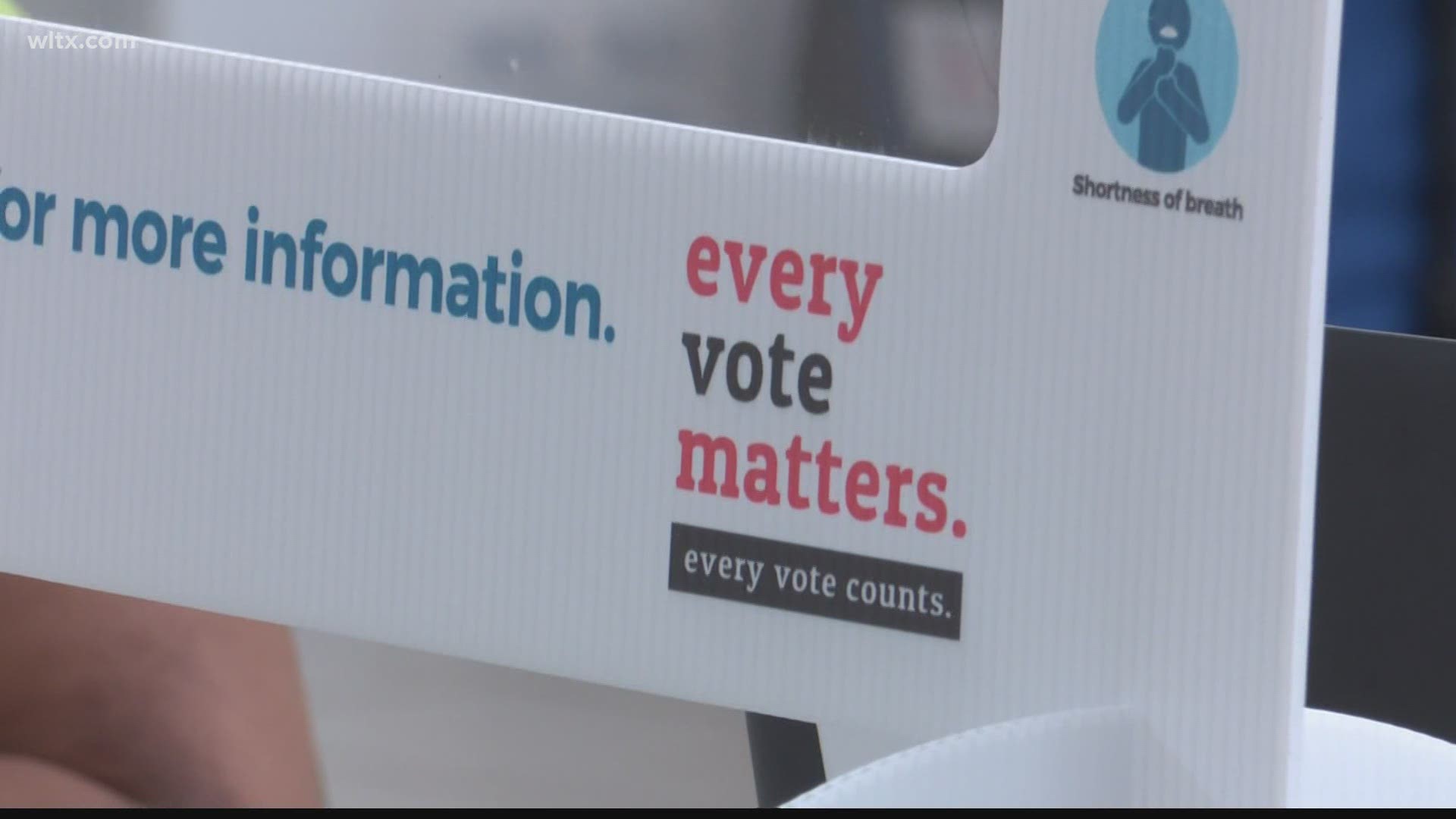 COLUMBIA, S.C. — With less than 100 days to the November 3rd general election, the South Carolina Democratic Party (SCDP) is pushing for change in the state's absentee process.

"The preliminary injunction is pretty much asking for to expand early voting, eliminate the witness requirement, expanding that absentee ballot excuse to include state of emergency, which allowed everyone in SC to vote without an excuse."

Shaundra Scott, SCDP director of voter protection says these changes would be the same ones that were allowed for voters during the June primary elections.

South Carolina Votes
South Carolina has a new paper-based voting system. Watch our brief ... video to familiarize yourself with the new system *Due to COVID-19, voters will select their choices with a cotton swab for touchless voting.

They also want to change the post marked deadline.

"As of right now in South Carolina, ballots have to be returned by 7pm on the day of the election," says Scott. "So our ask is that instead of it being returned by, that it be post marked by."

This will give voters extra time to mail in their ballots.

While the SCEC could not comment on pending litigation, the commission's executive director, Marci Andino, sent a letter to lawmakers last month.

With regards to Speaker Lucas and Senate President Peeler, WLTX was not able to hear from them, but we will provide an update when we do.

"This is something we should do to protect our election process," says Scott. "So, people don't have to choose between their health and casting their ballot."

RELATED: President Trump encourages voting by mail in Florida but sues in Nevada