Data from the state election commission shows 535,000 voters had returned their ballots by Monday afternoon. 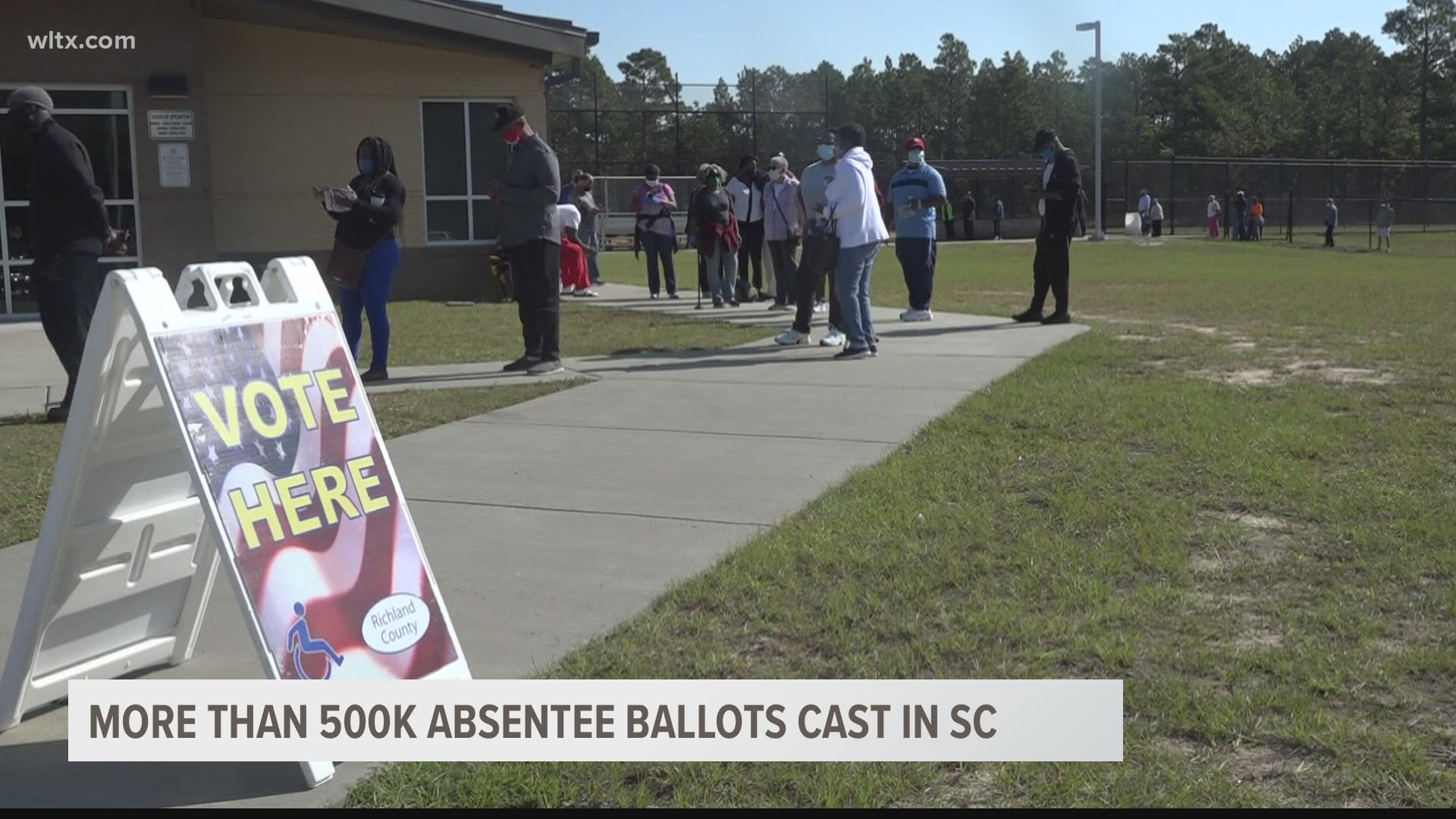 COLUMBIA, S.C. — More than half a million South Carolinians have cast absentee ballots for the Nov. 3 election. That eclipses the state’s prior record for advance voting set during the 2016 presidential race.

Data from the state election commission shows 535,000 voters had returned their ballots by Monday afternoon. That’s about 30,000 more absentee ballots than those cast in the 2016 general election.

The state Legislature adjusted voting rules for both the June primaries and the November election due to the coronavirus pandemic - allowing all voters to vote absentee.

The state estimates more than a million absentee ballots could be cast for the general election.