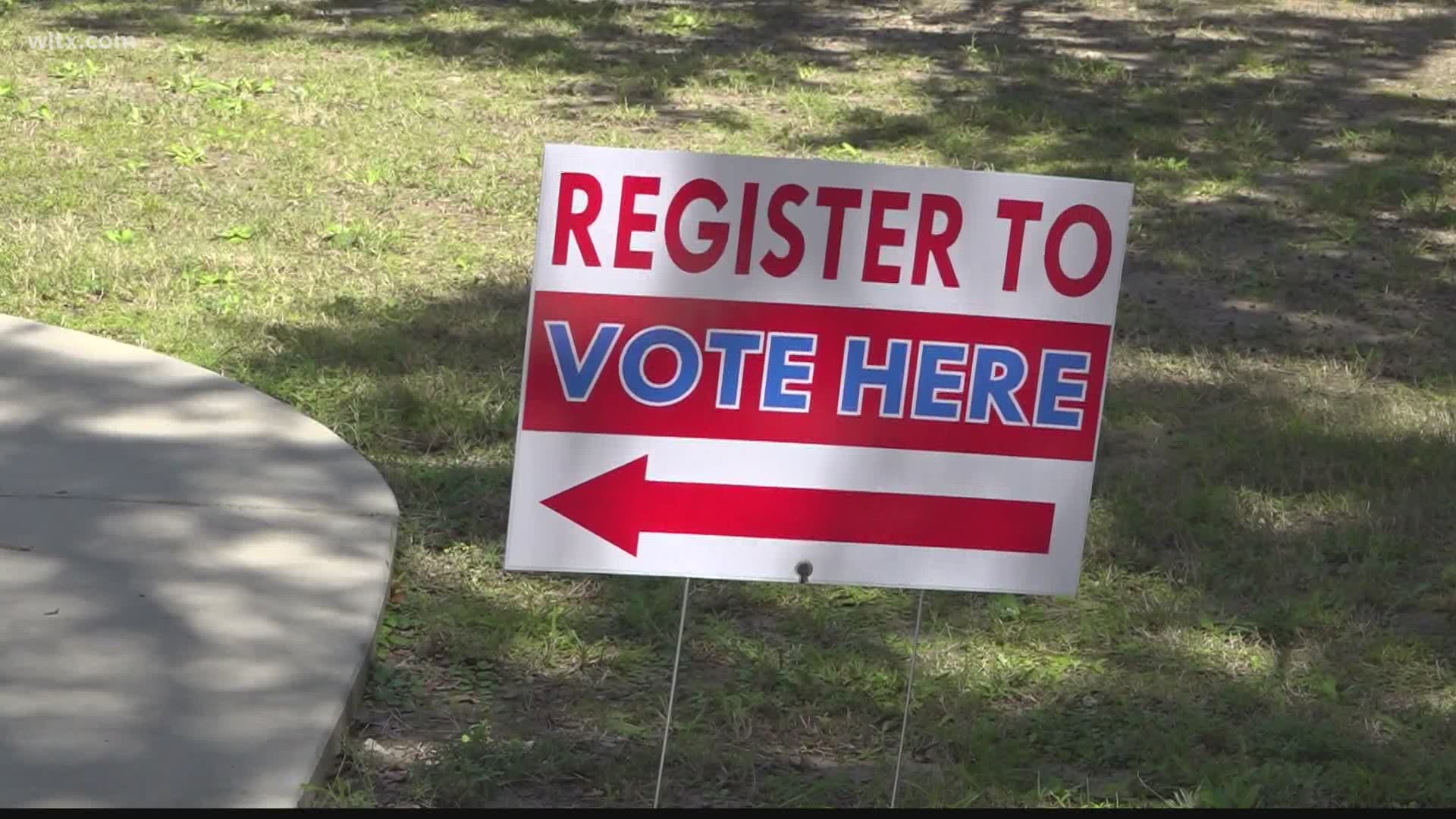 SUMTER, S.C. — Sumter County leaders said they’ve seen a record number of people hoping to vote absentee, leading them to open four new locations ahead of the November 3 General Election to help everyone cast their vote.

“We plan to open up our in-office absentee on Monday from 8:30 to 5:00 p.m. and we also have set up four additional satellite locations,” Sumter County Voter Registration and Elections Director Patricia Jefferson said.

The four satellite locations are:

Jefferson said they’ve also been getting an influx of calls and visitors who think they can come to vote this week, but she said that’s not the case.

“Of course, the calls are coming in,” Jefferson said. “We want you to keep coming in. Every vote matters; every vote counts to us.”

There were also a number of people registering to vote Wednesday as that deadline nears.

The Sumter County Voter Registration and Elections Office is reminding those interested in registering for the general election of the following deadlines:

These dates also apply for change of address.

Those interested in voting absentee by mail are asked to make their request known to the office as soon as possible and may call 803-436-2310 or visit their office at the Sumter County Courthouse for more information.

Those who have already requested an absentee ballot can expect those to begin to be mailed to them in October.

Video: What happens to my absentee ballot when it's turned in?