A state election official explains the difference between vote by mail and absentee mail-in ballots in South Carolina. 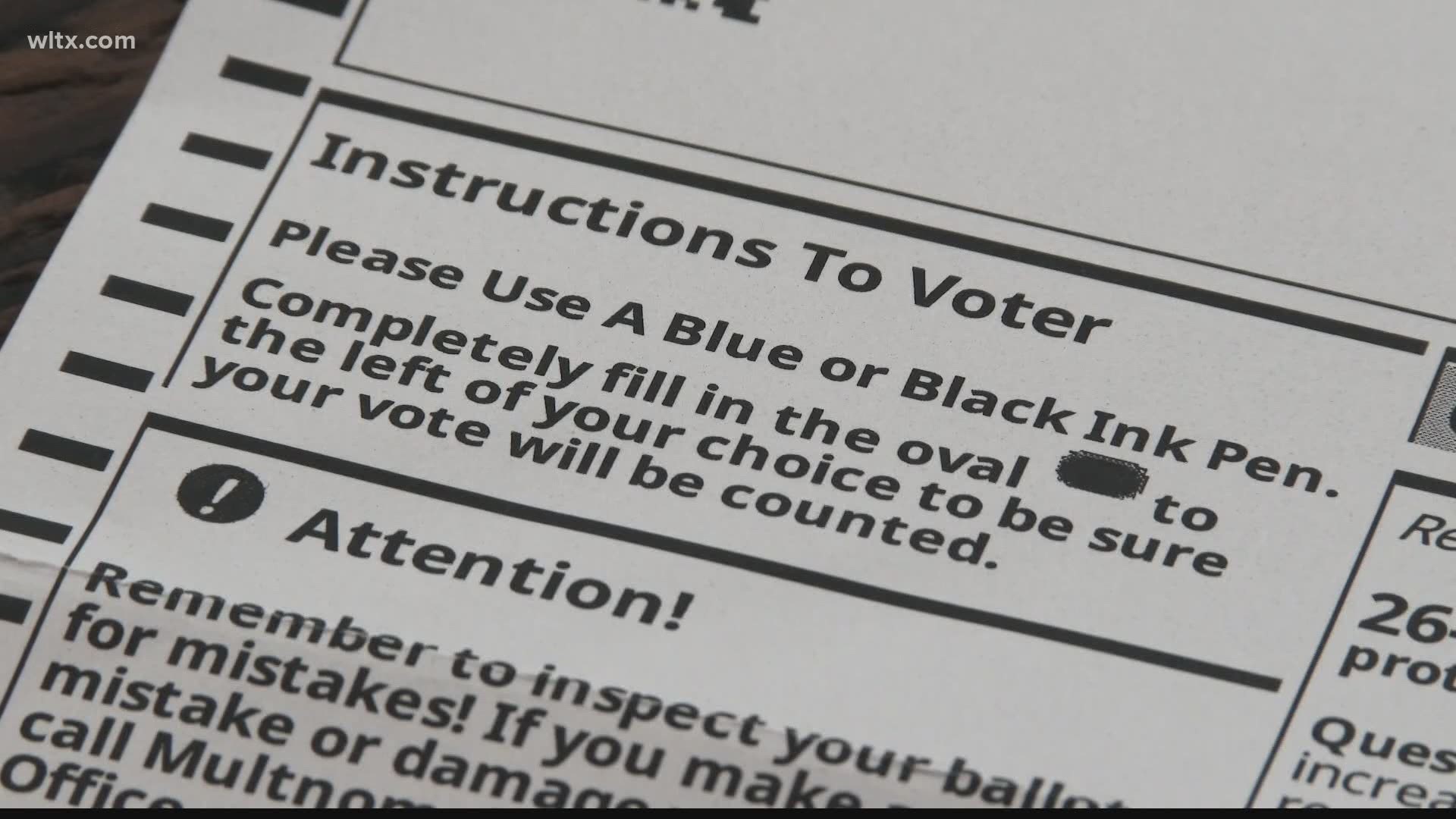 SOUTH CAROLINA, USA — November will be an unprecedented election, with the coronavirus affecting people's desire and ability to get to the polls. Other options have been floated nationally, including expanding absentee voting and vote-by-mail. But what are the differences between those options?

As it turns out, one of them doesn't even exist in South Carolina.

"I think a lot of the concern that you hear nationally about vote-by-mail and voter fraud, in my perception, they’re really talking about vote by mail, which we don’t have in South Carolina," Chris Whitmire says.

Whitmire is the spokesperson for the South Carolina Election Commission. He says the Palmetto State is expecting to see record numbers in absentee voting, especially absentee by mail, due to COVID-19.

Many people have been worried about voting by mail after President Trump tweeted in July that mail in ballot fraud will lead to a rigged election.

The president went on to tweet that he thinks absentee ballots are fine.

Just recently he  tweeted about mail-in voting again, but was flagged by Twitter for violating the social media site's rules.

"In a vote by mail state, every registered voter is sent a ballot, so we don’t have that in South Carolina." Whitmire says. "We have absentee voting by mail, which is different in a number of ways. The biggest difference is that the voter has to first request an application, sign the application, then they’re sent a ballot, they have to sign that ballot. So, it’s a much more controlled process."

RELATED: Ways to vote in the General Election this November in SC

If someone still feel nervous about mailing their ballot, Whitmire suggests voting absentee in person.

"You just go down to your county voter registration office, or if they have an extension office, which there will be more extension offices this year than ever before, and you vote very much like you do on election day. Show your ID, sign the application at the desk, go vote on a ballot marking device and scanner and you’re done. There’s not all the mailing back and forth."

Voting absentee in person ensures the registration office will get the ballot on time and voters can do it as early as September 28. Voters usually have 30 days to vote absentee in person but the state is allowing extra time due to COVID-19.