The new machines are set to be used statewide starting January 1st, 2020, in time for Democratic presidential preference primary. 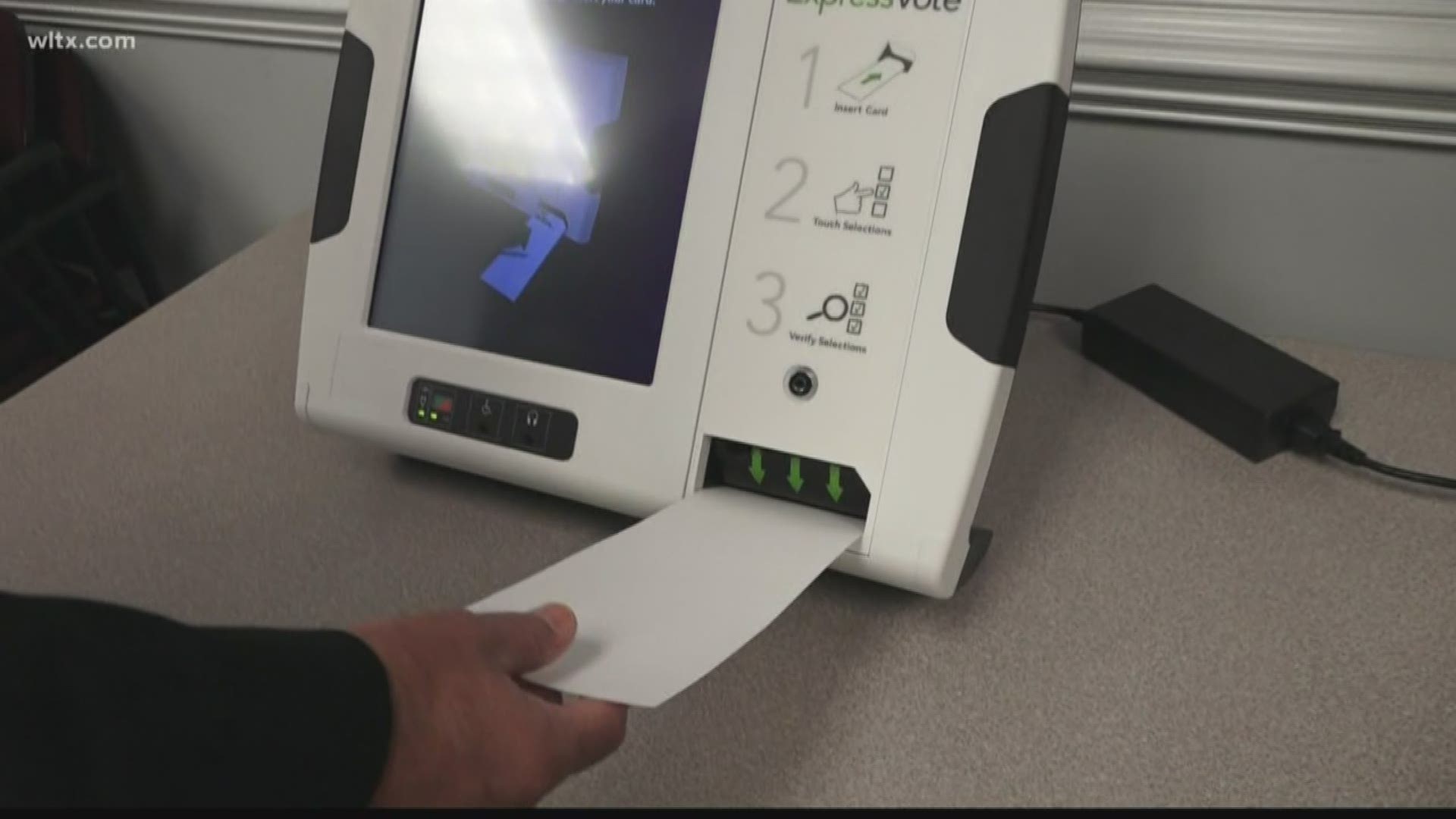 COLUMBIA, S.C. — South Carolina voters statewide will have to learn a new voting process next year or as early as October.

The state is rolling out new machines months ahead of the Democratic presidential preference primary at the end of February 2020.

The machines are set to be in place January 1, 2020 and they will combine touch screens and paper ballots.

“We had a 15-year-old system that was-- had reached the end of its life. So, that's exciting we have a dependable system that's going to serve the voters for years to come,” said State Election Commission spokesman Chris Whitmire.

Whitmire said South Carolina's new voting equipment will combine a familiar touchscreen with the additional security of paper. However, the touchscreens are an updated model and have better sensitivity and brightness, according to Whitmire.

So what’s the new process?

“At the end of the day we end up with paper ballots that have been looked at by the voter to verify their votes, in a ballot box that we can then audit to ensure that the votes that were tabulated by the system match what the voter actually looked at,” Whitmire said.

The State Election Commission will have a public information campaign throughout the rest of the year to inform voters of the changes. Specifically, the Commission wants to make sure voters know to submit their paper ballot to the scanner, otherwise it will not count the vote.

Touchscreen machines no longer keep any sort of tally record.

The machines are currently being sent to each county and training of state and county employees begins this week.

Whitmire said the machines will be in place across the state by January 1 and will be ready for February’s primary.

“On February 29th, we'll be the only show in town and everybody will be watching us. So, that's what we're working towards and everybody will be voting on the new system. It'll be easy to use, it'll be more secure, and give not only election officials but voters more confidence in the process,” Whitmire said.

Some counties will use the machines in October and November of 2019 for selection elections.

All the new voting machines are also more handicap accessible with audio ballots, keypads, and sip and puff wheelchair device plug-ins, according to Whitmire.