On Flashpoint, a professor says research shows voter suppression is historically a problem in U.S., but not voter fraud 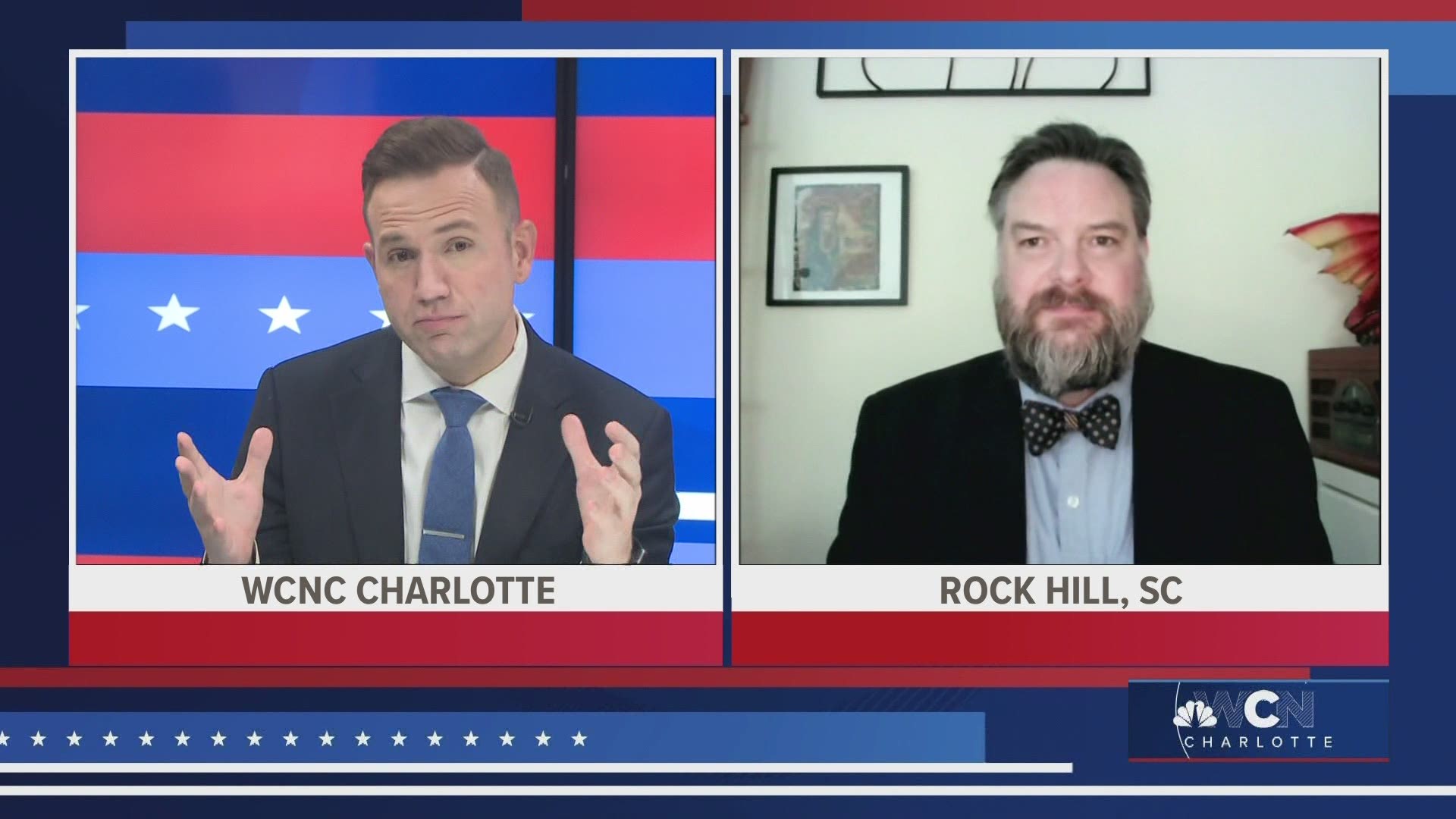 COLUMBIA, S.C. — Despite a long list of proposals in state capitols promising to secure our elections, the U.S. doesn't have a problem with election fraud, according to Dr. Scott Huffmon.

"This is a solution that can't quite find the real problem," said Huffmon, professor of politics at Winthrop University.

Huffmon also serves as the director of the Center for Public Opinion & Policy Research and the Winthrop Poll initiative.

"Our elections are secure," he said.

Georgia's new voting law has become the focus of recent controversy, but it's not alone. Texas and Arizona are also leading efforts to pass new restrictive voting laws. By the end of March, NBC News estimated 47 state legislatures had introduced 361 restrictive election bills, based on numbers from the nonpartisan Brennan Center for Justice at New York University.

In North Carolina, the Election Integrity Act states that absentee ballots must be turned in by the day of any primary or general election, following controversy after deadlines were extended in 2020 because COVID-19.  The bill also sets aside five-million dollars to create a program to identify voters who need a photo ID and to help them obtain one.

In South Carolina, there are two bills.  One plan would require that all counties have uniform election laws.   The second aims to bring legislative oversight to whom the governor can pick to serve in the Election Commission.

But Huffmon says those legislative efforts run counter to the actual problems election boards are seeing across the country.

"In-person election fraud is all but literally non-existent," he said.  "Voter fraud by-mail exists to the tune of a couple every tens of millions of ballots.  It's almost non-existent."

"There's been, in America, a strong history of trying suppress the black vote, especially in the South."

To this day, Huffmon suggests 7% of Americans have trouble getting a birth certificate. He said the problem tends to hinder older, rural, African-American voters from possessing an appropriate form of ID. There's been an ongoing court battle arguing the legality of requiring photo IDs to vote.

On the federal level, Democrats in Congress are pushing the "For the People Act." If passed, it would allow easier access to voting by eliminating any ID requirements, allowing same-day voter registration, requiring an early voting option. It would also take away states' rights to draw districting lines, and would overhaul campaign finance laws.

"This is the biggest power grab in modern American history," US Sen. Lindsay Graham said, speaking last week at the statehouse in Columbia. 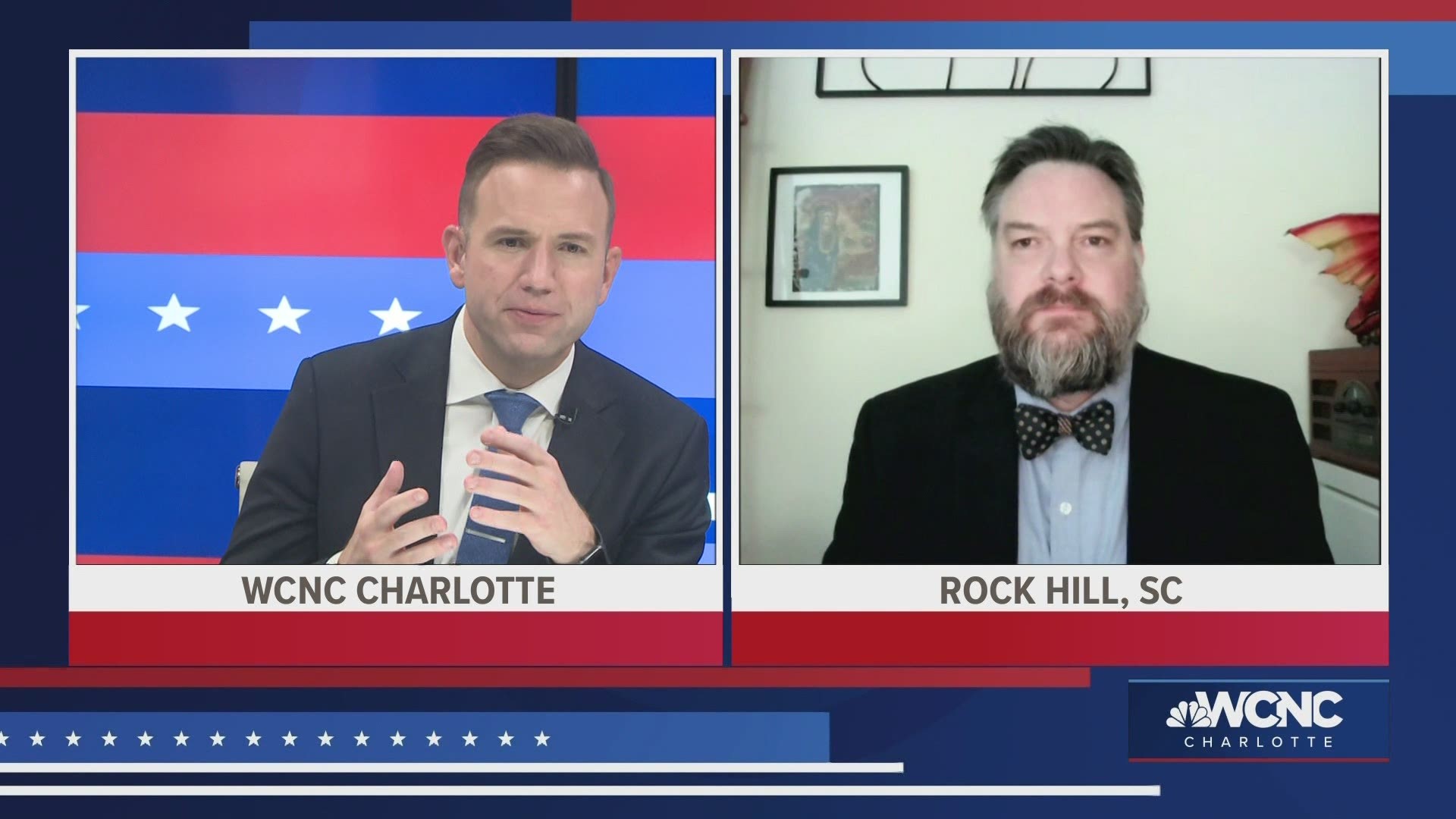 "They're calling all of us racists because we won't give in to this power grab. They've played the race card morning, noon and night. I am tired of it. I think it's cheap, I think it's sick," Graham said.

"States have the right to run elections as they see fit.  However, states have a responsibility to ensure everyone is treated equally under the law.'