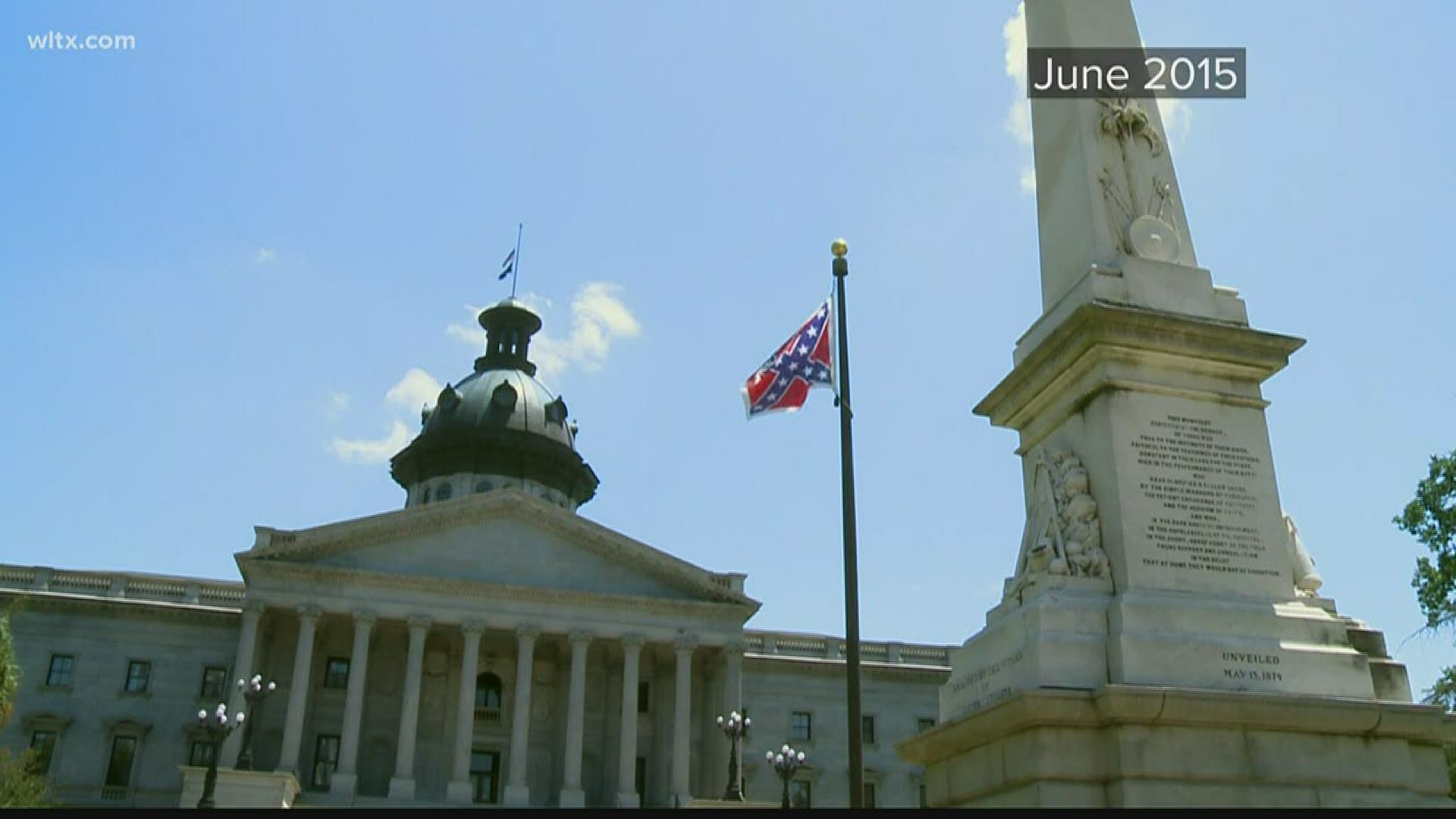 COLUMBIA, S.C. — It’s been five years since the shootings at Mother Emanuel AME Church in Charleston.

You’ve heard the details of what happened inside the bible study, the shooting itself, and the trial of the man who fired the shots and killed 9 of the people inside and wounded 3 others.

But, there was more taking place behind the scenes. In the wake of the shooting, there was an almost immediate discussion on the potential removal of the Confederate flag from the State House grounds.

One man, who worked behind the scenes five years ago, said there are differences and similarities to where we are today after the death of George Floyd.

“The Governor's chief of staff at the time, James Burns, texted a group of us around 9:30, or just a little bit later, texted a group of us including the Governor that there had been a shooting at a church, that appeared to be the historic Mother Emanuel Church in Charleston,” said Rob Godfrey reflecting on a June night five years ago.

On a bench just steps away from the State House, Governor Nikki Haley's former spokesman looked back at what happened in June 2015 after the murder of nine people at Mother Emanuel.

After exchanging texts and learning more details, Godfrey said the decision was made to go to Charleston with the Governor and a small number of staff.

The Governor and some staff arrived early in the morning, met at the command center to learn more details on the shooting, then met with survivors and victim families, before attending an afternoon vigil and press conference.

“We woke up today, and the heart and soul of South Carolina was broken. So, we have some grieving to do and we have some pain we have to go through. Parents are having to explain to their kids how they can go to church and feel safe, and that's not something we ever thought we'd deal with,” Haley said at the press conference.

By the Sunday after the shooting, Godfrey said they received a call the Governor wanted to act. Haley, who had discussed the issue with her husband Michael, had decided to fight to remove the Confederate flag permanently from State House grounds, according to Godfrey’s recollection.

“That weekend, she went about planning meetings with officials from across the state the following Monday morning to tell them she believed it was time for the flag to come down. She asked them to stand with her at a news conference on Monday afternoon,” Godfrey recalled.

“Today, we are here in a moment of unity in our state, without ill will, to say it's time to move the flag from the capital grounds,” Haley said during a Monday press conference after the shooting.

Five years later, Godfrey said even though George Floyd did not die here, it's a time to consider more change and have similar conversations.

“What is the same about what's happened in Minneapolis today and South Carolina five years ago, is that it's given people a sense of clarity that we need to address fundamental issues in this country. Things like racism, things like police reform, things like criminal justice reform, issues that people are uncomfortable tackling a lot of times,” Godfrey said.

Sitting just feet away, Godfrey added he would have no problem with Benjamin Tillman's statue being removed like other symbols five years ago.

“I don't think that conversations surrounding renaming buildings or doing away with monuments should distract from the most important conversations we could be having right now which are about racial reconciliation, law enforcement reform, and criminal justice reform. Those are issues that are going to impact the every day lives of people and those are issues that we should focus on first and foremost. It is a moral imperative in this country,” he added.

Meanwhile, he looked back on the last five years and what he wanted their legacy to be after their heart-breaking June of 2015.

“I think that the legacy of what happened in Charleston five years ago should always be on the people who were taken from us that day. My favorite quote from one of those wonderful people is from Cynthia Hurd who said, 'Be kinder than necessary.' And I can't think of a way to honor those folks' memory than to remember, as you're going about your everyday life, to be kinder than necessary,” Godfrey said.