Gonzalez was one of 10 GOP House members who voted to impeach Trump following the January 6 Capitol riots. 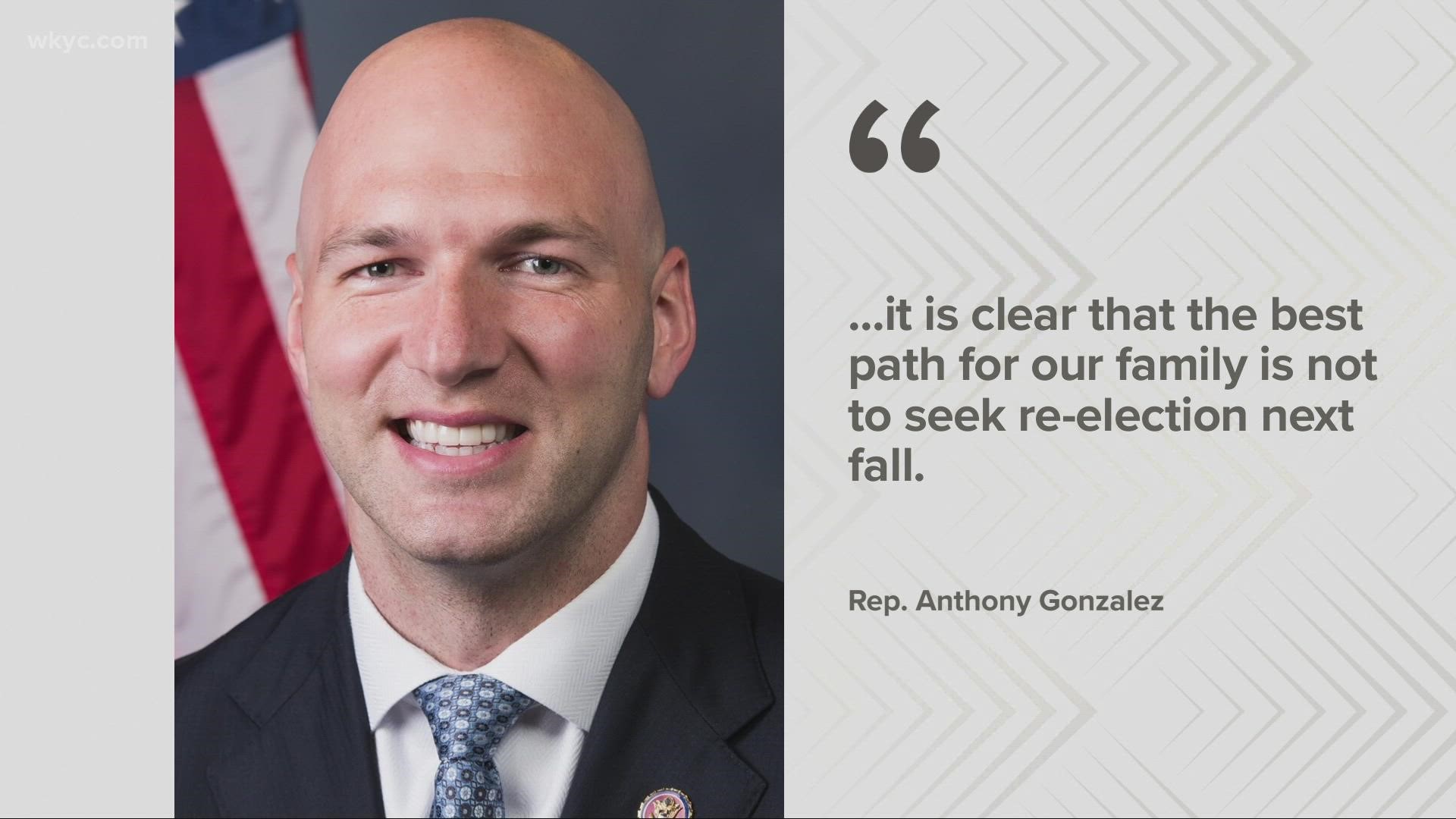 CLEVELAND — It didn't take long for former President Donald Trump to react with joy at the announcement by Northeast Ohio Rep. Anthony Gonzalez (OH-16) that he would not seek reelection in 2022.

In an email statement from Trump's Save America PAC, the former president hit back at the Rocky River Republican, one of 10 GOP House members who voted for his impeachment in the aftermath of the January 6 Capitol riots.

"RINO Congressman Anthony Gonzalez, who has poorly represented his district in the Great State of Ohio, has decided to quit after enduring a tremendous loss of popularity, of which he had little, since his ill-informed and otherwise very stupid impeachment vote against the sitting President of the United States, me. This is no loss for Ohio or our Country and, most importantly, we have a great candidate who was substantially leading Gonzalez in the polls, Max Miller, who I have given my Complete and Total Endorsement. Max is a tremendous person who will represent Ohio well. Good riddance to Anthony, he can now get himself a job at ratings-dead CNN or MSDNC!"

On Thursday evening, Gonzalez released a statement on social media detailing his decision not to run again, mentioning that he and wife Elizabeth had decided this is the "best path" for their family. However, he also cited the "current state of our politics, especially many of the toxic dynamics" inside the Republican Party as a significant factor in his decision.

See my full statement below regarding my decision not to seek re-election. pic.twitter.com/vsggxjD1FI

As a result of his vote to impeach Trump, Gonzalez was censured by the Ohio Republican Party's Central Committee in May. The Ohio GOP also called on him to resign.

During an interview with The New York Times, Gonzalez referred to Trump as “a cancer for the country," adding that he didn't believe Trump "can ever be president again. Most of my political energy will be spent working on that exact goal.”

Gonzalez, who grew up in Avon Lake as the son of a Cuban immigrant, is in his second term representing the 16th district. He was a two-way football star at St. Ignatius High School before continuing his career at Ohio State, where as a wide receiver he helped the Buckeyes win two Big Ten titles and earned first-team All-conference honors in 2006 as a junior. He also played in the NFL for five seasons with the Indianapolis Colts.

Among the national headlines on Friday about Trump's reaction was this one by Politico referencing Gonzalez's football career: "Trump spikes the football on Gonzalez retirement."