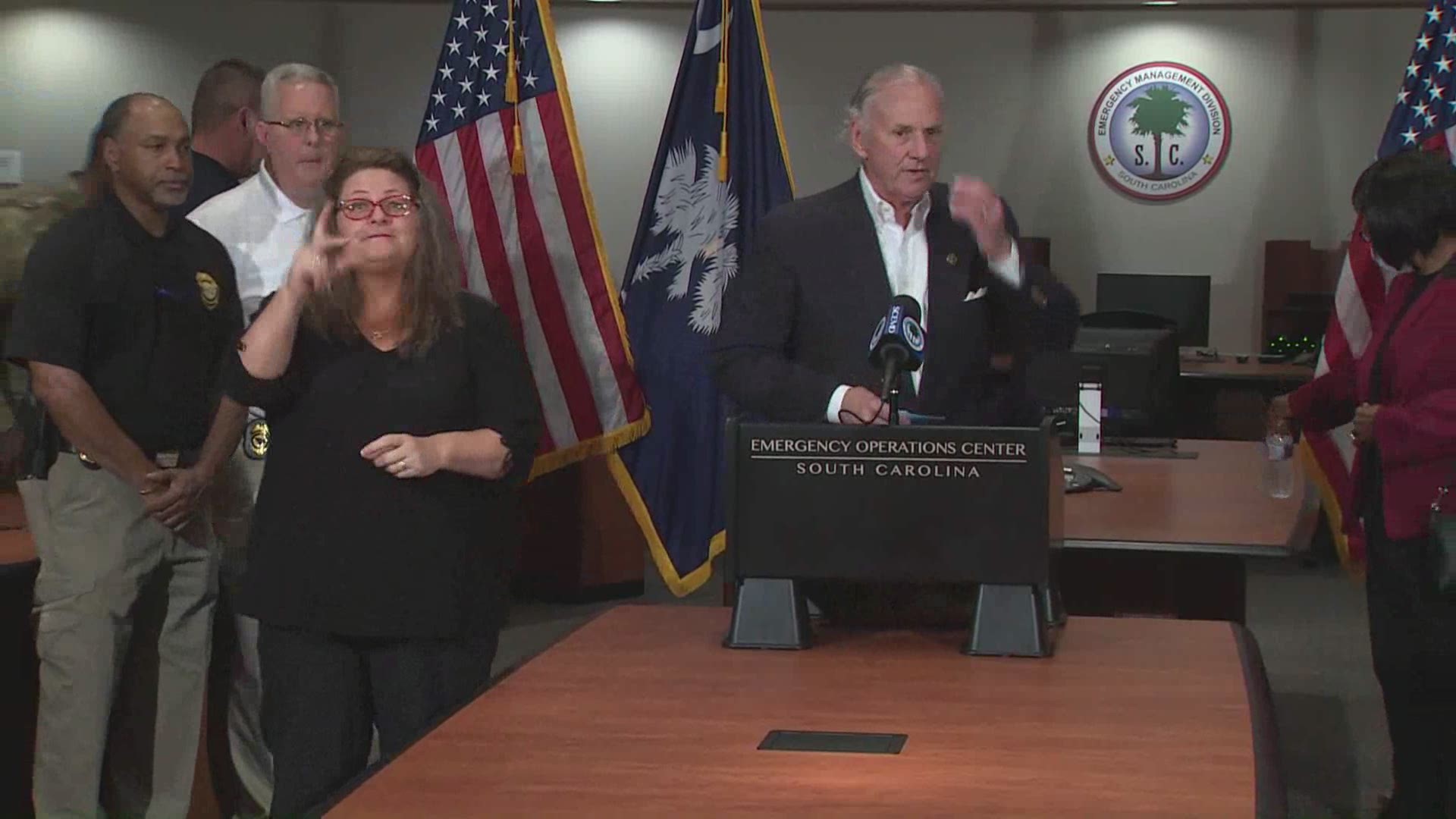 COLUMBIA, S.C. — During a Sunday afternoon press conference, South Carolina Governor Henry McMaster, along with representatives from law enforcement and public service agencies statewide, called for peace in the wake of protests that turned violent in the state on Saturday. The protests came on the heels of the the death of George Floyd.

Floyd, a Black man, died as a result of an incident with Minneapolis police on May 25, 2020. The police officer that knelt on Floyd's neck for over 8 minutes has been arrested and charged with murder.

McMaster began the briefing by saying South Carolina has been through a lot and we’re a stronger people because of it.

"We welcome protesters and we’re better because of it but do not tolerate the destruction of property or our people," he said in reference to the destruction that took place in Columbia and Charleston.

Because of the violence and destruction that occurred Saturday evening, McMaster put the SC National Guard on alert. Guard members would be sent to help local law enforcement, if necessary. The governor said law enforcement officers in South Carolina are trained not to escalate the situation. "They’re here to protect people and property."

All of the speakers praised the openness of area law enforcement and the willingness to come together and discuss differences -- although no formal discussions have yet to be scheduled as a result of the weekend's events -- and the need for peaceful protests. For her part, Murphy says she welcomes the time when she and McMaster can discuss the issues facing the people of South Carolina.

Bishop Green said, "this is a critical time. We can be radical and responsible at the same time through love and peaceful protest and organize for tomorrow. Let our voices be heard in peaceful protest with strategies to meet after the protests are over, with statewide leaders who are in the position to help us move forward.

"Protests in vain if memory of George ford is desecrated."

Sen. Scott said he talked to President Trump about Trump's tweets as being not helpful, asking the president to stay focused on George Floyd’s death.

"The toxicity of the situation is not from one death," Scott said, "But from a series of incidents." Scott believes if the recent videos from Georgia (showing the killing of Ahmaud Arbrey) and Floyd in Minnesota had not surfaced, it would be as if those events wouldn’t have happened.

Scott believes Trump understands what is going on and will talk to American people about reconciliation.