This year's legislative session has come to an end and many high-profile bills didn't make the cut. 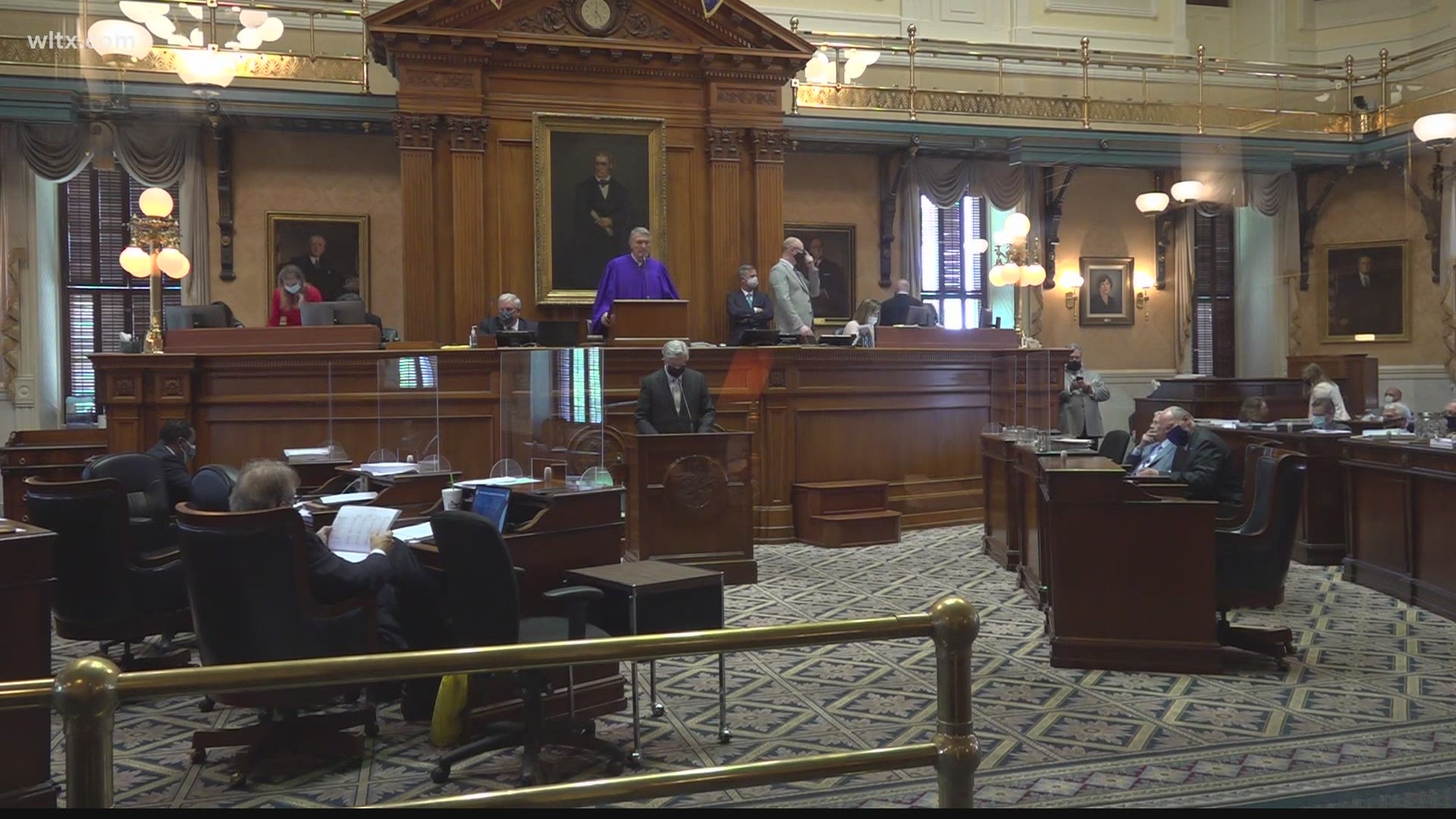 COLUMBIA, S.C. — On the last day of South Carolina's 2021 legislative session, several high-profile bills ended up not making the cut.

Although lawmakers are returning in June to tackle the budget, the bulk of their work is done for the year. One of the most notable bills that didn't pass is South Carolina’s hate crime legislation.

"I find it offensive that they would say they don’t have the time to stop hate, but they did find the time to validate a barbaric action known as firing squads," said Reverend Nelson Rivers with the National Action Network. "They did have the time to pass a bill in record time called the heartbeat bill."

Reverend Rivers spoke outside the State House Thursday to share his disappointment in the General Assembly.

RELATED: Some state lawmakers want a say in U.S. Constitution

The hate crime bill passed in the House earlier this year but didn’t pass the Senate. It would have enhanced penalties for violent crimes that are proven to be based on someone’s characteristics like their race or religion. It was never debated on the Senate floor.

"We continue to push," said Rivers when asked his response to the bill not passing this week. "They have the second part of the session next year."

Rivers hopes lawmakers will make the hate crime bill a priority when they return in January.

Massey said "I think there are a number of people who have concerns about it. It just came out of committee last week."

The GOP leader continued to say many lawmakers still have questions about the hate crime legislation that have not been answered, so they weren't ready to debate it. He didn't specify what the concerns were.

Many other well-known bills didn’t make the cut in time either; including the the House bill that could allow beer and wine to be delivered to customers' doors.

The Senate has unanimously passed House Bill 3444, which would make all election procedures uniform in every SC county. It’ll go back to the House to see if they agree with their changes. That could happen as soon as today. @WLTX

The medical marijuana bill also didn't get a chance to become law.

"Quite frankly, I thought this was the year of medical marijuana, which I think has great public support," said Senate Minority Leader Brad Hutto. "That will be at the top of the agenda when we come back. So, when we come back in January if we could get on marijuana, if we could get on hate crimes, in the fall if we can address those rural school needs, those broadband needs, ultimately this might have been a successful year."

The medical marijuana bill has support in both parties, but is expected to face an up-hill battle.

Lawmakers will return in June for the state budget, but they’ll only be allowed to consider bills that have passed both the House and Senate and are in conference committee.