500 million would go to a 'Rainy Day Fund' and millions are planned for schools, small businesses and law enforcement. 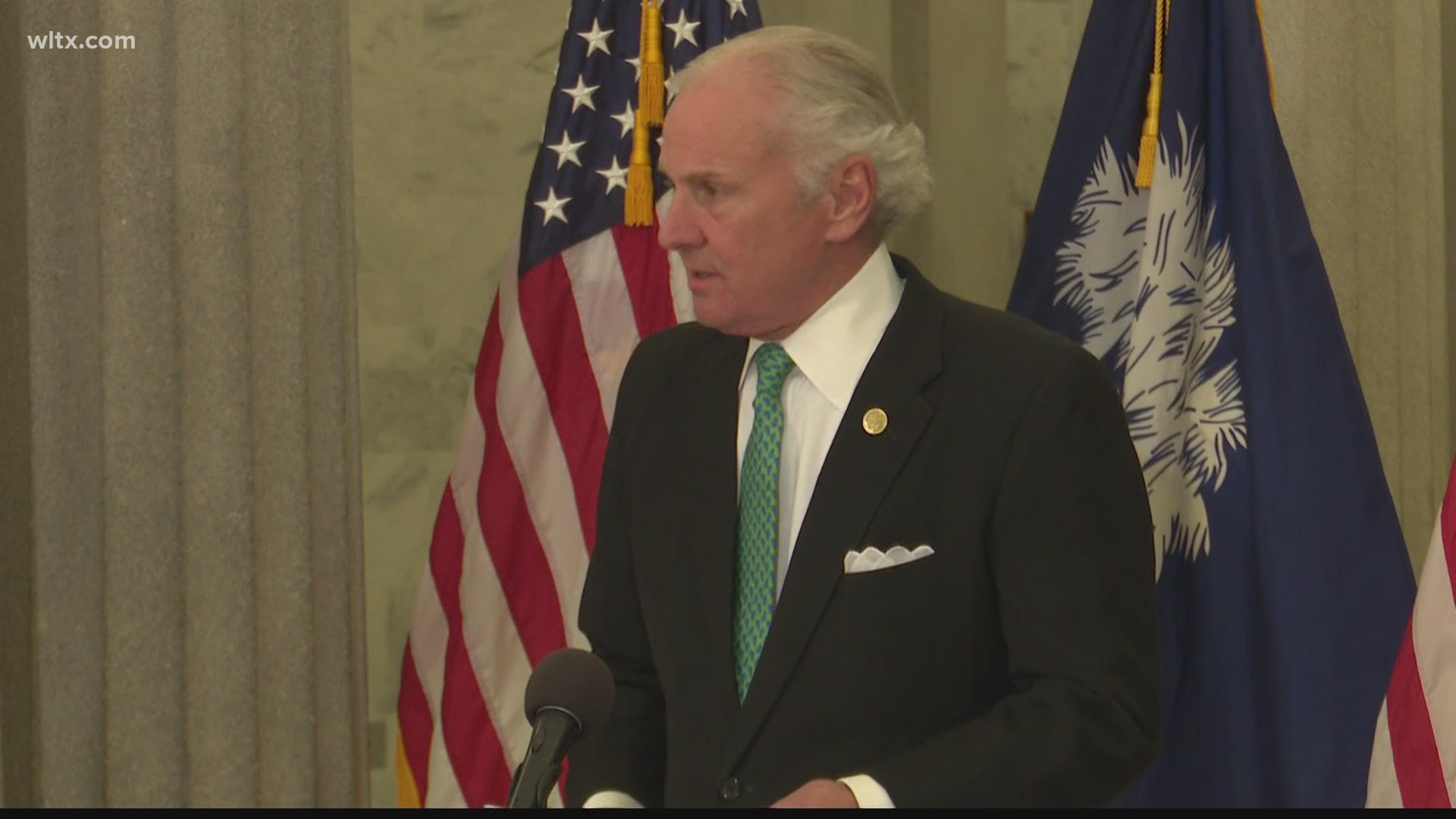 COLUMBIA, S.C. — Governor Henry McMaster has unveiled his budget proposal for South Carolina’s upcoming fiscal year. The state has nearly 10 billion dollars in revenue to spend and the Governor has several priorities in mind.

One thing he proposes is to set aside 123 million dollars for small business grants that would be distributed by the Department of Commerce.

RELATED: More coronavirus relief on the way for small businesses

"Our small businesses in South Carolina have borne the brunt of the financial impact of the pandemic," the Governor said. "Especially those in the hospitality and service industries."

He added that South Carolina has done well economically through the pandemic and he wants to build on that by setting aside 500 million dollars for a ‘Rainy Day Fund’.

"We must be prepared for any future economic uncertainties should they occur. The pandemic is still here, we don’t know what’s going to happen," said McMaster.

On education, he’d like to put 29 million dollars toward hiring school nurses for every public school and hiring more mental health counselors.

"I’m also proposing an appropriation of 35 million dollars to maintain the state’s commitment to funding our classrooms," said McMaster. "This will also allow school districts to resume all scheduled step salary increases for our teachers."

Step salary increases were suspended last year due to COVID-19.

The Governor has allocated millions of dollars to several other issues as well. Now his proposal will be sent to the State Legislature for changes and approval.