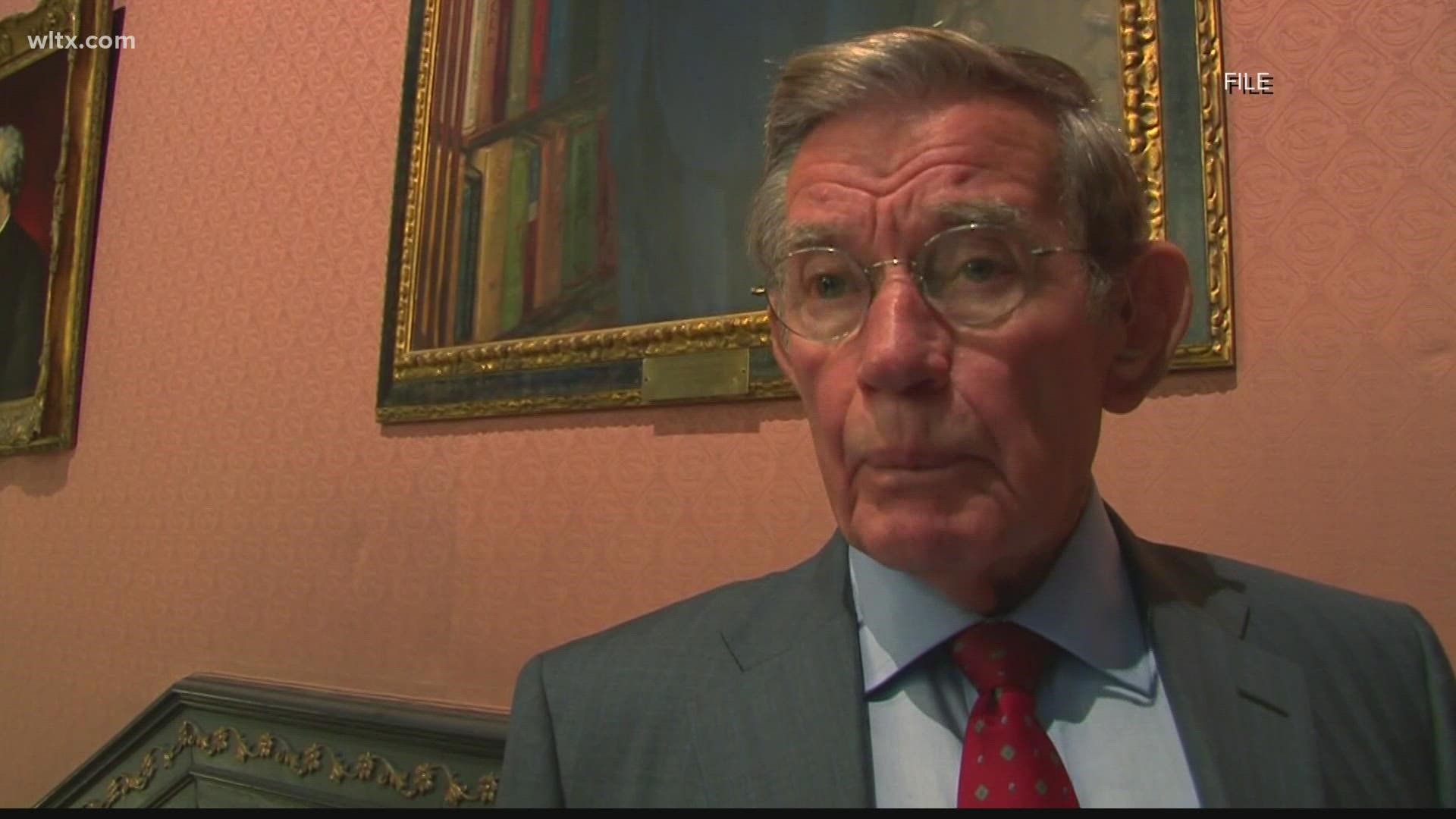 COLUMBIA, S.C. — A lot can be said about a man who dedicates his life to public service, but when it comes to Sen. Hugh Leatherman, GOP Strategist Dave Wilson said a sentence just about sums it up.

"He is a legend among South Carolina politics," Wilson said.

Leatherman, a 90-year-old Florence Republican, was recently hospitalized with severe abdominal pain and is now in hospice care.

He has spent more than 40 years as a state lawmaker, currently serving as chairman of the powerful Senate Finance Committee, which influences the state's budget.

"...because of his leadership in that position, he has been responsible for the growth that we have seen and the way that the money gets managed in the state of South Carolina," Wilson said.

"It's devastating to see someone who's mind was always so quick and always so able to deal with all the difficulties in the South Carolina Senate, to hear that he is in hospice care is devastating, not only just for me, but the entire state," Rep. Rutherford said. "I wish him all the best and godspeed in his recovery."

Although Sen. Leatherman is away, Wilson said his legacy continues to be felt across the state.

"South Carolinians need to know and understand that we have a lot of things in South Carolina because of Hugh Leatherman," Wilson said. "Boeing is here because of the work that Senator Leatherman did. Volvo is here...You look at areas within the Pee Dee. Florence is known as the destination that it is and the leadership that it has in that community because of the work of Hugh Leatherman... So, our prayers with Sen. Leatherman, and his wife... and their family as they are, at this time, with him at home, resting peacefully."