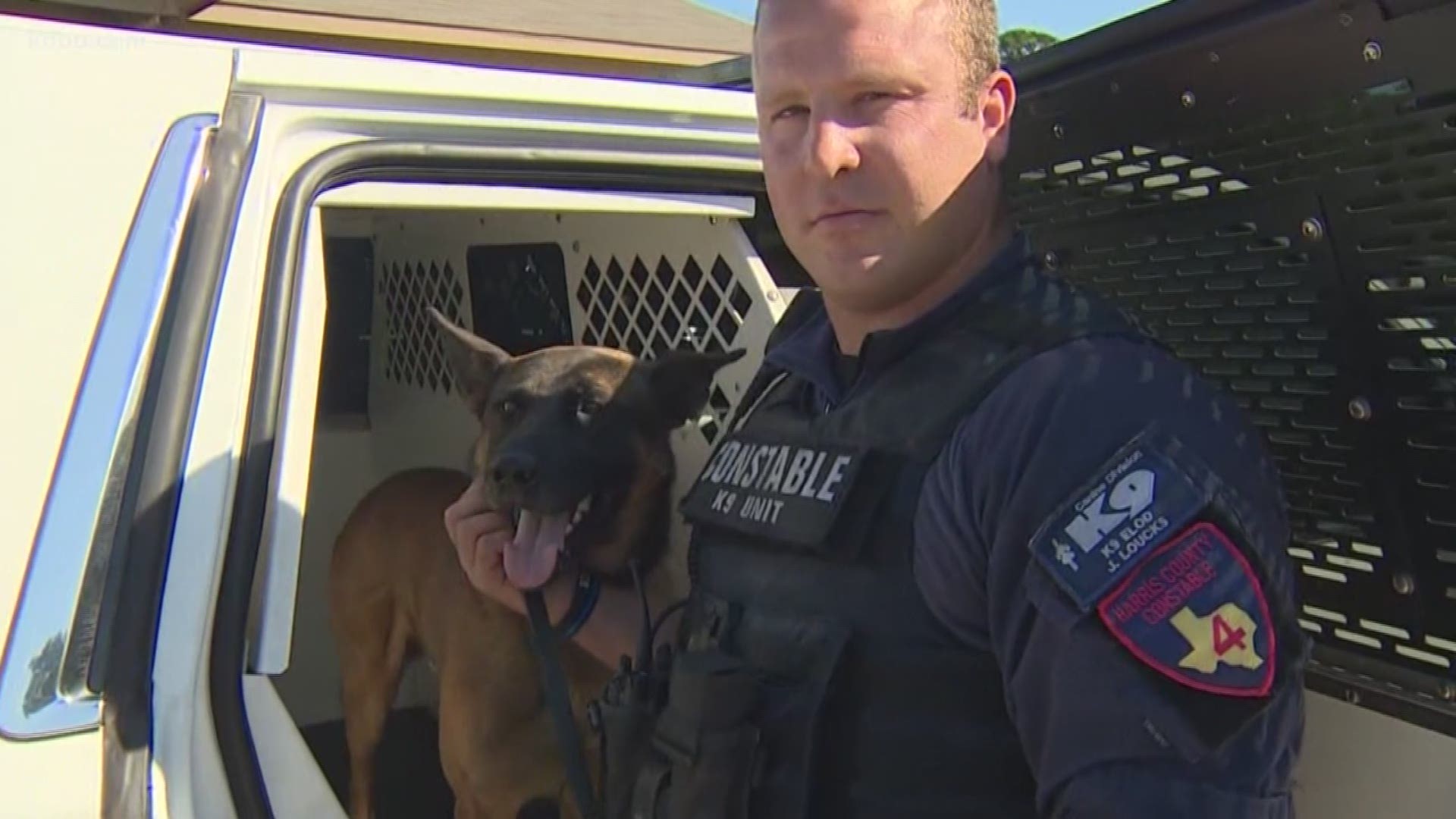 "All of his commands are in Hungarian."

Loucks said his bond with Cactus Jack is solid, no matter how you say it.

Like his department, Loucks is glad more than 90% of Texas voters supported a constitutional amendment known on Tuesday’s ballot as Proposition 10.

It makes it easier for law enforcement animals to remain with their human families forever.

"Upon retirement, the K-9 can automatically retire and go live with the handler instead of being auctioned off as a piece of government property," Pct. 4 Captain Jonathan Zitzmann said.

Individual jurisdictions previously dealt with the issue differently and often had to go through tedious legal workarounds in order for handlers to keep their partners.

You might say voters took a bite out of the red tape.

"Most handlers that lose their K-9s upon retirement are absolutely devastated," Zitzmann said. "So, not only do we support the proposition passing, we’re incredibly thankful for it.”

Political observers believe anyone who may have voted against it probably didn't read it closely enough.

“I couldn’t imagine losing him," Loucks said. "This is my best friend.”

Prop 10 had the support of law enforcement groups from around the state, including the Texas Sheriff’s Association.