Senator Lindsey Graham and Governor Henry McMaster voiced their opposition to the 'For the people' act. 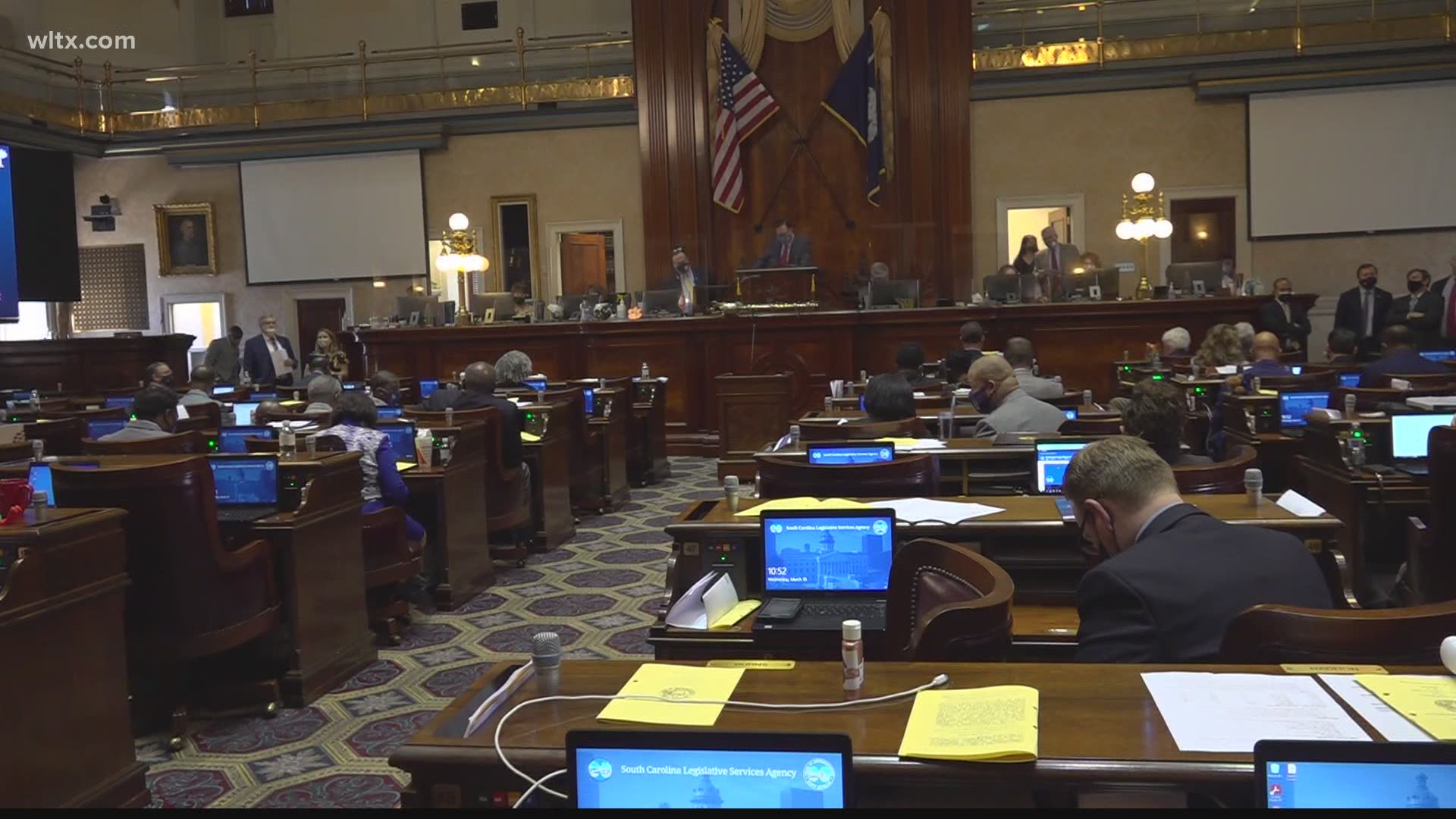 COLUMBIA, S.C. — Tuesday, Governor Henry McMaster and Senator Lindsey Graham joined at the State House to speak out against a federal voting rights bill called the 'For the people' act. The Democrat-backed bill could make several changes to how Americans vote in federal elections.

HR1, also known as the ‘For the people’ act, aims to make it easier for Americans to vote by allowing same day voter registration, expanding absentee and mail-in voting, and allowing people to vote without an ID under certain circumstances.

"This to me is a very serious attempt to alter the balance of power, to centralize in the federal government, a voting system that’s ripe for fraud at the expense of every American who wants to vote fairly," said Graham during the press conference.

McMaster said he thinks it takes too much power away from states.

"Regardless of what our laws are here, this bill will change everything. I think it's blatantly unconstitutional," the Republican governor said.

Governor @henrymcmaster and Senator @LindseyGrahamSC will soon be sharing why they’re against the ‘For the People’ Act, which could change the way America runs elections. Here’s some signage they have out for their press conference. @WLTX pic.twitter.com/kcL5dFQpKK

Many Democrats, including Congressman James Clyburn, have said the bill helps prevents voter suppression and discrimination. The Majority Whip Leader said in a statement “it ensures that every American’s voice is heard and honored and that every vote will be counted.”

"The more people that vote, the better this country operates. So, it just boggles the mind that [McMaster and Graham] would be opposed to allowing as many people as possible to vote," Harpootlian told News19.

The issue of civil rights and voting rights, these constitutional issues, should never be sacrificed on the altar of the filibuster.

I don’t understand why we can’t see that my constitutional rights should not be subjected to anybody’s filibuster.

On the state level, there are a couple election bills gaining traction in the legislature.

House Bill 3444 aims to make voting and election procedures uniform in every county. Governor McMaster supports this legislation. Democrats worry it may open the door for voter suppression.

"I think that one size does not fit all," said Harpootlian. "I think that individual counties- Richland County’s procedures are far different than somewhere like Allendale or Bamberg."

Senate Bill 499 aims to give the South Carolina Senate the final say in who the Governor can pick to serve on the State Election Commission board and who can be the director. This bill has bipartisan support, but McMaster is against it.

"I think that’s a bad idea, it doesn’t make sense to me," the Governor told News19. "It looks like a power grab for no reason."

Both state bills are still being debated in their chambers.

The 'For the people' act passed in the House of Representatives last month but is expected to hit road blocks in the U.S. Senate soon.