The House Redistricting Committee hopes to have its first drafted maps released in November, but can't promise a set timeline. 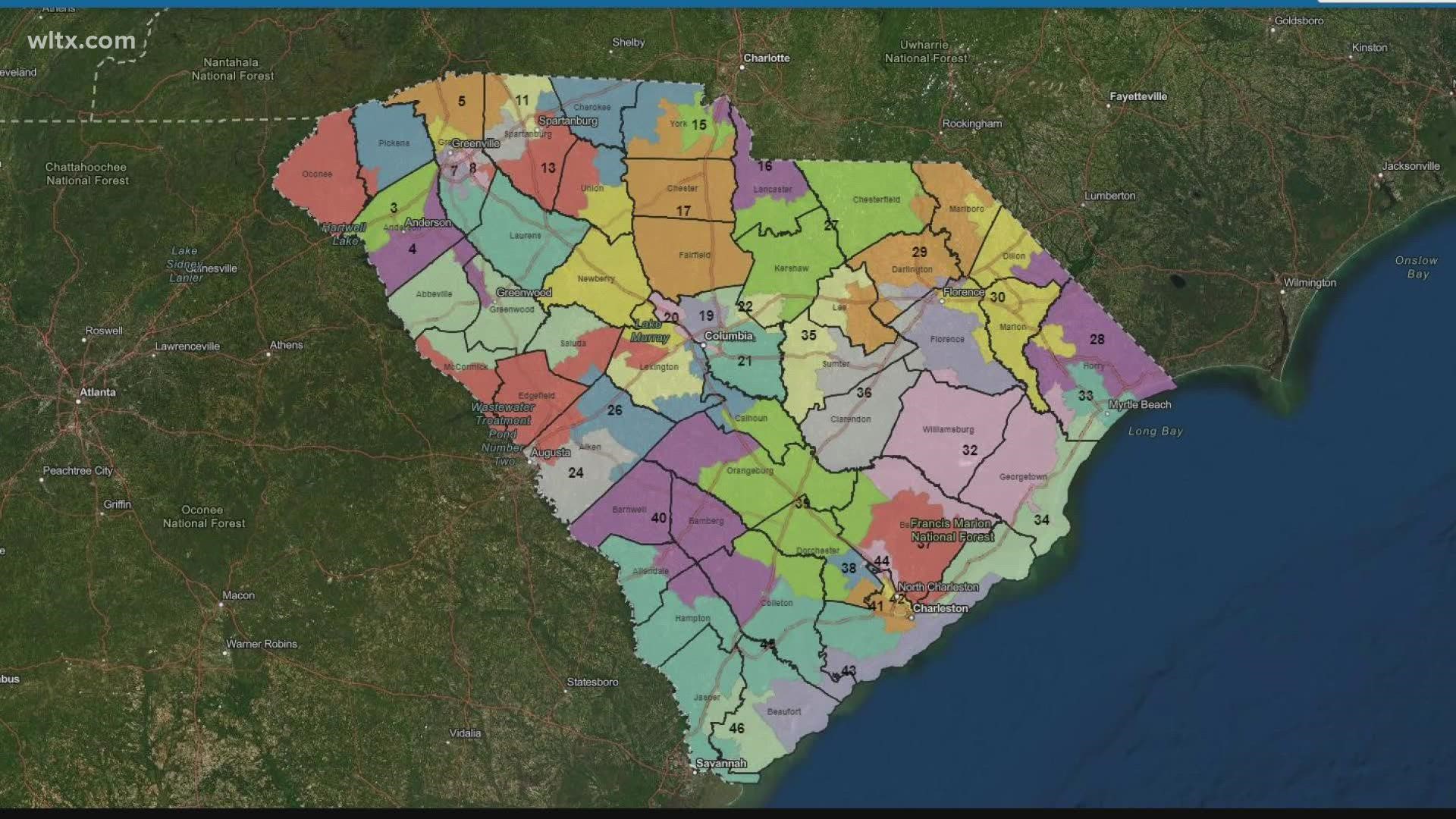 COLUMBIA, S.C. — The arguments over the process by which voting lines are drawn in this state are at the center of a new court case. The South Carolina NAACP is suing the state over the redistricting process.

The organization is urging lawmakers to pick up the pace when it comes to redrawing South Carolina’s district lines.

“We want to make sure our rights to vote are available to us and to be able to do it in a knowledgeable fashion,” explained President of the SCNAACP, Brenda Murphy.

Redistricting affects which lawmakers represent you in the State House and in Congress. Lawmakers have been holding a series of public meetings across the state to get input on where lines should be redrawn.

Murphy told News19 the SCNAACP, along with the ACLU, is suing the state for dragging out the process.

“Whoever is representing us now may not be representing us at the time of the [2022] elections, it may be somebody totally different," said Murphy. "So, we think it’s important to be able to have this information in advance in order to articulate the changes to our communities.”

Voters deserve fair maps — and a fair process to get them there.

The lawsuit argues that the longer the General Assembly takes to draw district lines, the less time voters have to research and decide which candidates to support in the 2022 Election.

Representative Jay Jordan, who is leading the redistricting effort in the House, said they’re doing their best, but were set back by the pandemic.

“Everything in our ability to react was delayed by COVID, which created this delay in the Census, which we were really unable to get moving in earnest until that census data and since that time we've, we've hit the ground running,” said Jordan.

Since redistricting is based on population changes and the 2020 Census data was delayed this year, Jordan explained it delayed them, too.

"We'll try and draft a plan, that is the right plan, that adheres to the laws and the criteria that have been established related to reapportionment," Jordan said.

Jordan’s goal is to have the first House maps drafted in November. Once they’re approved by his committee the full Judiciary Committee, they will go to the House floor for consideration.

Lawmakers could take the maps up before January when their next session starts, but Jordan said an exact timeline is hard to give.

RELATED: 'I will not back down': Lt. Gov. Robinson defends comment calling homosexuality 'filth'

News19 also reached out to the Senate for details on their proposed timeline, but hasn't heard back yet.

Murphy said the goal of the lawsuit is to speed up the redistricting process so they begin informing communities of color about the changes.