Lindsey Graham says segregation comment was made with 'dripping sarcasm'

A comment made by Graham at the Supreme Court hearings led to a heated exchange with his political rival. 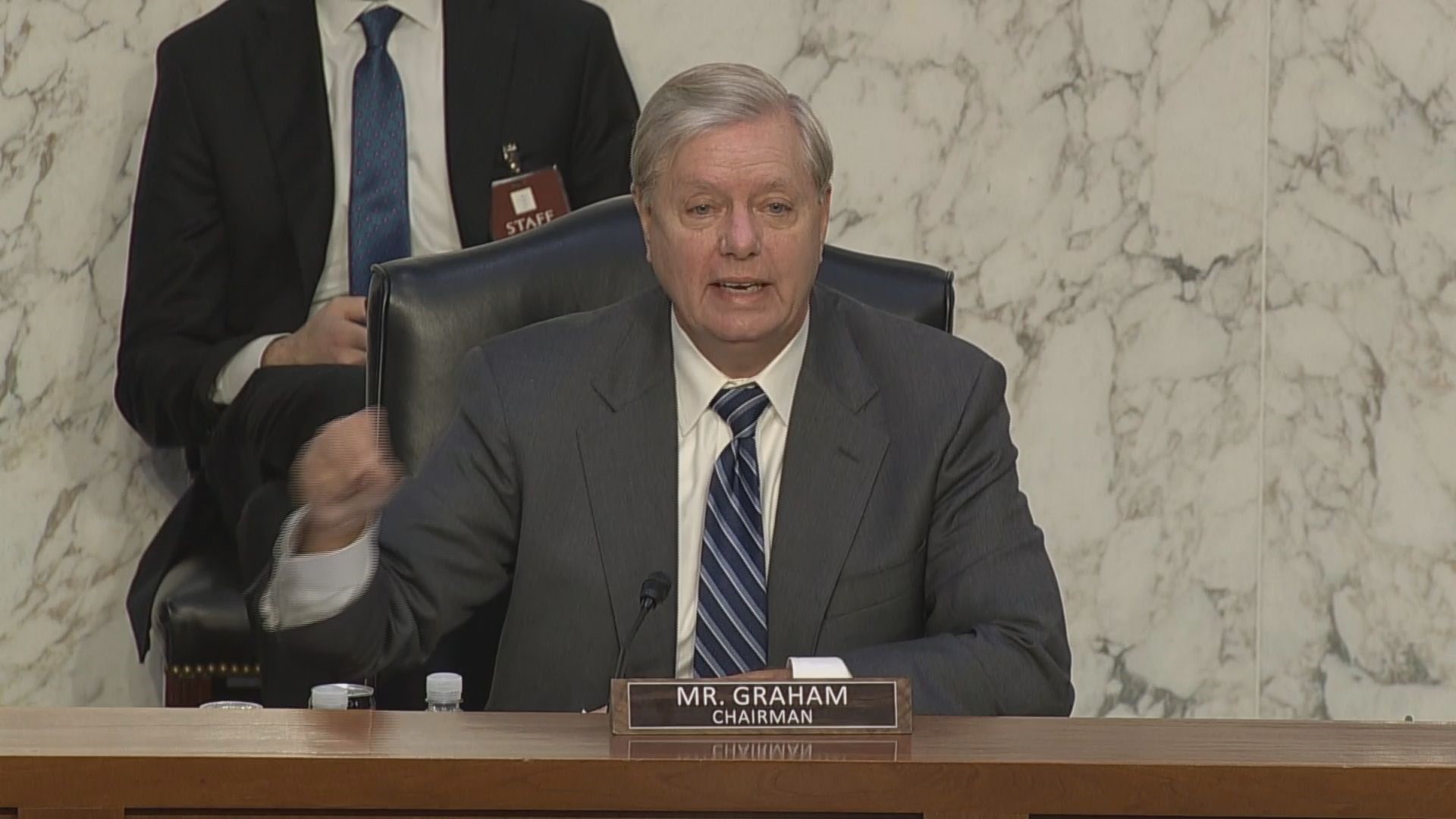 WASHINGTON — U.S. Senator Lindsey Graham said criticism from his political opponent over a remark he made about segregation during the Supreme Court hearings is being blown out of proportion, calling his statement "sarcasm."

The comment by Graham came during day three of the confirmation hearings for Judge Amy Coney Barrett taking place on Capitol Hill. Graham is the Senate Judiciary Committee Chairman and is leading the proceedings on Barrett's nomination to be placed on the high court.

The exchange came as Graham defended Barrett during his questioning session. He was asking her why she could state an opinion about Brown vs. Board of Education, which desegregated schools, and Roe vs. Wade, which legalized abortion.

This was the exchange:

GRAHAM: So you've been asked a lot about Roe v. Wade and Casey. And one of the differences between Brown v. Board of Education and Roe line of cases is there's active litigation regarding Roe. Is that correct?

BARRETT: That is correct.

GRAHAM: I think Sen. Hirono named 8 or 9 different cases that may come up to the court - cases in controversy. And one of the reasons you can't tell us how you would rule is because there is active litigation coming to the court. Is that correct?

BARRETT: That is correct.

GRAHAM: And one of the reasons you can say with confidence you think Brown v. Board Education is super precedent is that you're not aware of any effort to go back to the good old days of segregation by a legislative body, is that correct?

BARRETT: That is correct. I've also said in lectures that Brown was correct as an original matter. So that is the kind of thing since I said in writing I felt I could express before the committee.

The comment began to create a stir on social media. A short time later, Jaime Harrison, Graham's Democratic opponent in the U.S. Senate race in South Carolina, attacked the "good old days of segregation" part of the exchange.

“Yet again, Lindsey Graham has proven that he's completely out of touch with the South Carolina of today,” Harrison campaign spokesperson Guy King said. “Even as peaceful protestors demonstrate across our state for equality and justice, Lindsey can’t help but refer fondly to a time of violent oppression and segregation against African Americans. It’s time for new leadership that is reflective of the New South, that is bold, inclusive and diverse. Lindsey Graham has lost his moral compass.”

Harrison also pointed to Graham's remark during a candidate forum last week where he said that Black and immigrant people can go anywhere in the state as long as they're "conservative, not liberal."

Graham was asked about Harrison's criticism during a break in the hearings.

"If anybody was listening to who I am and what I said you know that it was the deep sarcasm that I suggested that some legislative body would want to yearn for the good old days of segregation," he said. "The point that I'm trying to make is there is nobody in America in the legislative arena, wanting to take us back to that dark period in American history. And for my opponent to suggest that says far more about him than me. I've been a United States Senator for three terms. I represent a state with 31% of an African American population. I want to make sure that everybody in my state moves forward. And in terms of that statement it is a- it blows my mind that any rational person can believe that about me. This is not a game we're playing here with the people of South Carolina. There are plenty of differences between my opponent and myself, manufacturing the scenario that Lindsey Graham wants to go back to the days of segregation is not worthy of the times in which we live, is not worthy of an assault on me. We have plenty of differences with Mr. Harrison. I want to assure the people of South Carolina: that statement was made with dripping sarcasm."

Polls conducted in recent weeks show the Graham-Harrison race is close. The race is already the most expensive in South Carolina history.