WLTX is partnering with the Columbia Urban League Young Professionals for a Mayoral Candidate Forum on Tuesday, September 14 moderated by News19’s Darci Strickland. 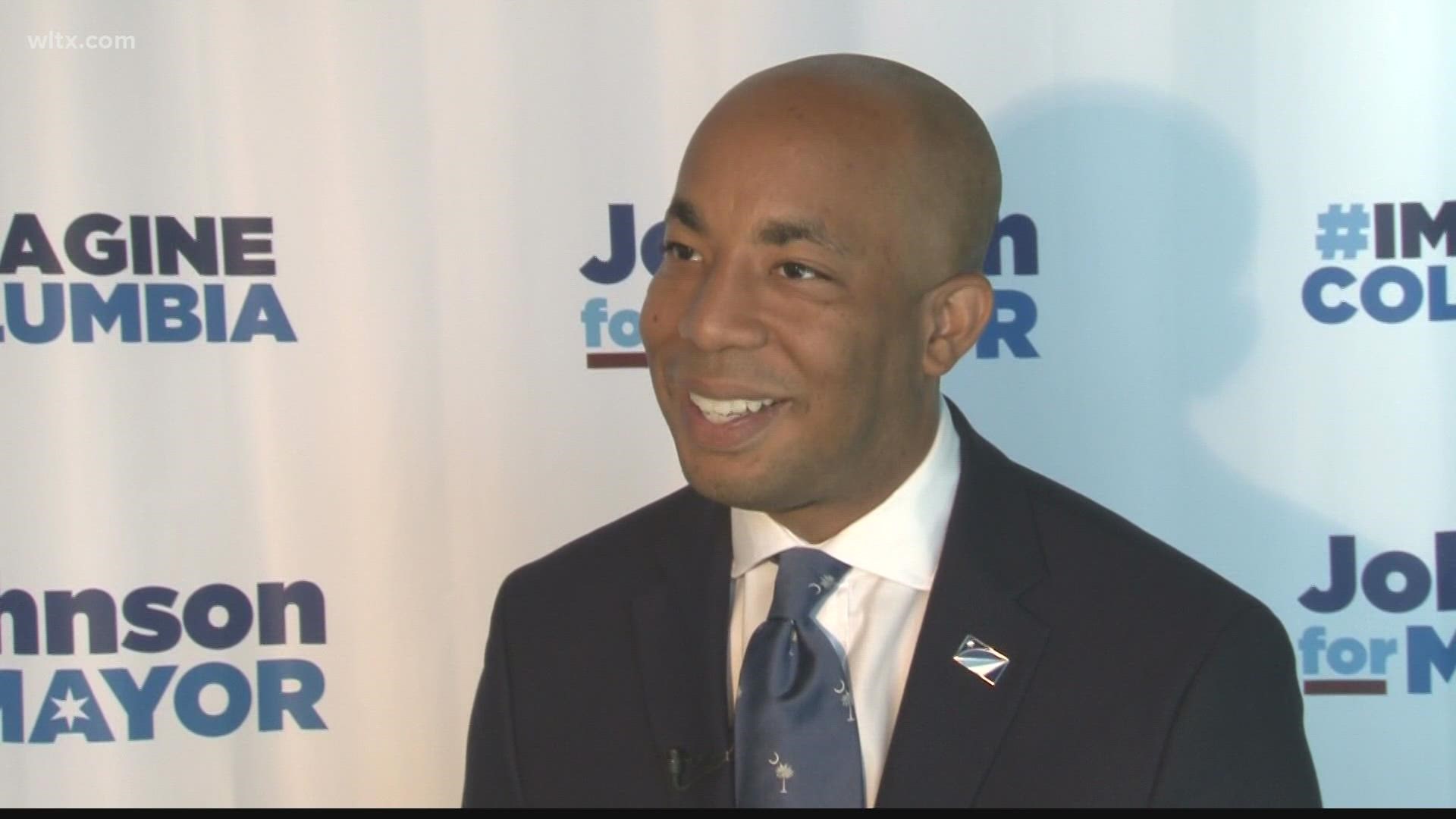 COLUMBIA, S.C. — News19 is partnering with the Columbia Urban League Young Professionals with WLTX's Darci Strickland as moderator for the September 14 event at 7 p.m. in Allen University's Historic Chappelle Auditorium.

WLTX invited each of the four candidates to attend the upcoming City of Columbia Mayoral Forum but only three agreed to take part: Moe Baddourah, Councilwoman Tameika Isaac-Devine and Sam Johnson. The fourth candidate, Daniel Rickenmann, declined the invite to participate in the forum due to a previously scheduled trip.

Earlier this year, Columbia Mayor Steve Benjamin announced he was not running for a fourth term. That news opened the door for candidates looking to replace the city first black mayor, but who are the candidates and what do they stand for?

News19’s Brandon Taylor recently sat down with the candidates participating in the forum and asked them the same 5 questions.

Johnson says he’s the best candidate for the job because he has fresh ideas to tackle the city’s biggest issues.

"I'm the son of a truck driver and an Alzheimer's nurse,” said Johnson. “My mom is from Ridgeway and my dad is from Winnsboro. They moved to Columbia when I was born, so I'm really the product of two individuals who are passionate about their son, having the opportunity to live up to his God-given potential."

“At the end of the day, I'm somebody who is passionate about Columbia and is proud to be a product of this community and the city. I’ve had some amazing opportunities and I’m thankful for them.”

WHY DO YOU WANT THE JOB?

“I look at my lived experience as someone who has lived through watching my father start a janitorial business,” said Johnson. “I've cleaned up offices and emptied trash cans. I've had an opportunity to work for a small business. I talk about investing, creating jobs and making sure that our small minority businesses have the resources that they need, making sure that we're able to create more opportunities for them. I'm passionate about those issues."

WHAT YOUR VISION FOR THE CITY?

RELATED: Here's who's running for mayor, city council in Columbia

“We've also been focused on, for example, economic development,” said Johnson. “How do we create the type of Columbia where we're using all the natural assets we have here?  We have tremendous opportunities with healthcare technology and insurance technology. We've got to make sure that we are incubating those opportunities.”

WHY ARE YOU THE BEST CANDIDATE FOR THE JOB?

"I'm unique. I've had an opportunity to start my career in the Mayor's office,” said Johnson. “I know what it's like to face those challenges. I know what it's like to watch the mayor wrestle with issues like our flood, the riots and different challenges that we've all had to deal with during a pandemic.  I've seen those things up close. Alternatively, I'm the only person in this race who has that experience."

Johnson and wife Ashley are parents to a daughter.

The 2021 election will be held Tuesday, November 2.

News19 wants to know what questions you have for the candidates.

Text your questions to (803) 776-9508, and don’t forget to include your name. Your questions might be asked during the WLTX Mayoral Forum on September 14.