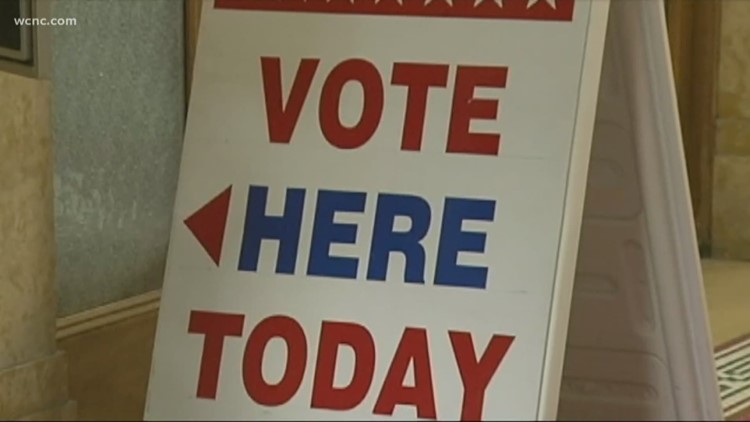 MINT HILL, N.C. — Mint Hill voters in Precinct 220 are getting an extra 25 minutes to vote because of an earlier gas leak at the polling location, the North Carolina Board of Election decided shortly before polls were scheduled to close at 7:30 p.m.

Around 5 p.m., the Masonic Lodge location used for voting was evacuated because of the smell of gas. Voters were relocated to the Mint Hill Town Hall, which was the next nearest polling location.

County officials estimated about 19 voters cast provisional ballots during the estimated 25 minutes the Masonic Lodge location was closed. It was not known if an voters did not vote because of the temporary relocation.

The extension only applies to this one particular location. Any ballots cast between 7:30 p.m. and 7:55 p.m. will be considered provisional ballots.

State officials will not be releasing any North Carolina Congressional District 9 results until at least 7:55 p.m., when the polling location in Mint Hill closed.

Earlier in the evening, the North Carolina republican party and the republican Dan Bishop campaign asked for a voting extension in one Union County location. The filed motion requested voting be kept open until 9:15 p.m. A decision by the North Carolina Board of Elections was not immediately known.

When polls do close, WCNC will have the election results online. We will also send a breaking news push notification from the WCNC news mobile app.