The Confederate carving has become an issue in the Georgia governor's race. 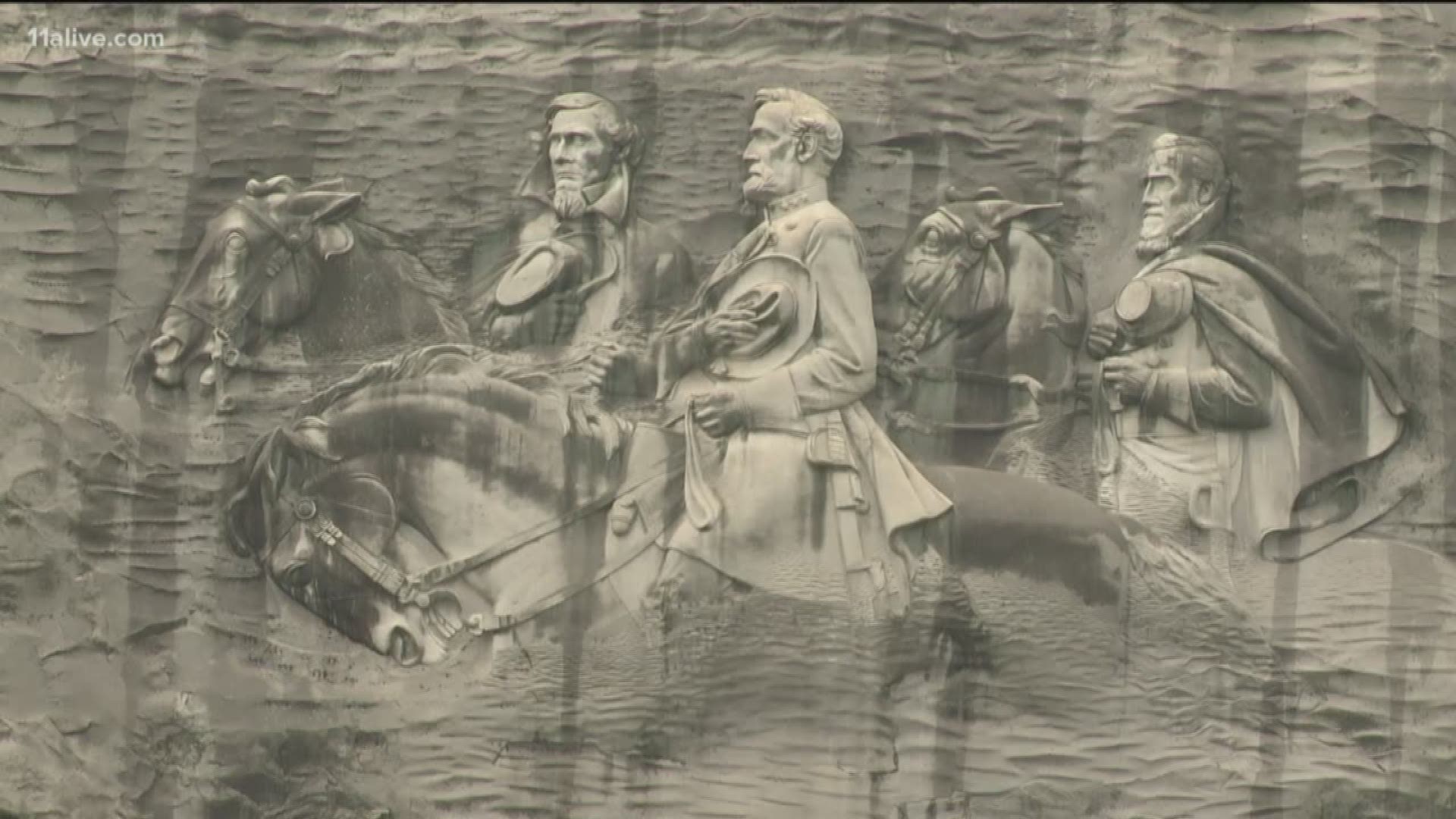 STONE MOUNTAIN, Ga. -- Stone Mountain’s Confederate carving became an issue in the governor’s race on July 4, with the Atlanta NAACP chapter organizing a rally to call for the carving’s removal.

The rally was set to begin around 7 am on Independence Day, even though Stone Mountain Park didn't officially open to visitors until 10:30 am.

The group snapped a photo when they made it to the top of the mountain.

Democratic gubernatorial candidate Stacey Abrams has called for the carving’s removal, and on Tuesday, Lt. Gov. Casey Cagle – who faces Secretary of State Brian Kemp in the July 24 GOP runoff – weighed in.

“When I’m governor, we will preserve Stone Mountain as the monument and cultural attraction it was intended to be, one that brings in visitors from around the world,” he said. “I will work on behalf of all Georgians, but I will also stand up to the extremists who think we have to sandblast the past to move into the future.

“The Democratic nominee has called for removing the carving from Stone Mountain, and I’m the only Republican in this race who can stop her.”

In a Twitter post, Kemp said, "I will protect Stone Mountain - and the carvings on it - because we should learn from the past - not attempt to re-write it."

Abrams announced her support for removal of the carving in the immediate August 2017 aftermath of the Charlottesville, Va., riots that killed one person and injured dozens of others.

MORE HEADLINES FROM THE GOVERNOR'S RACE

► Georgia's candidates for governor weighing in on border separations

► On immigration, Bottoms doesn't 'take advice from people who hold shotguns at children'

Sign up for The Speed Feed newsletter below to get the latest headlines in your inbox each weekday!