SC Rep. Nancy Mace: Trump should have conceded weeks ago

'This is un-American,' Nancy Mace said. 'This isn't protesting, this is anarchy.' 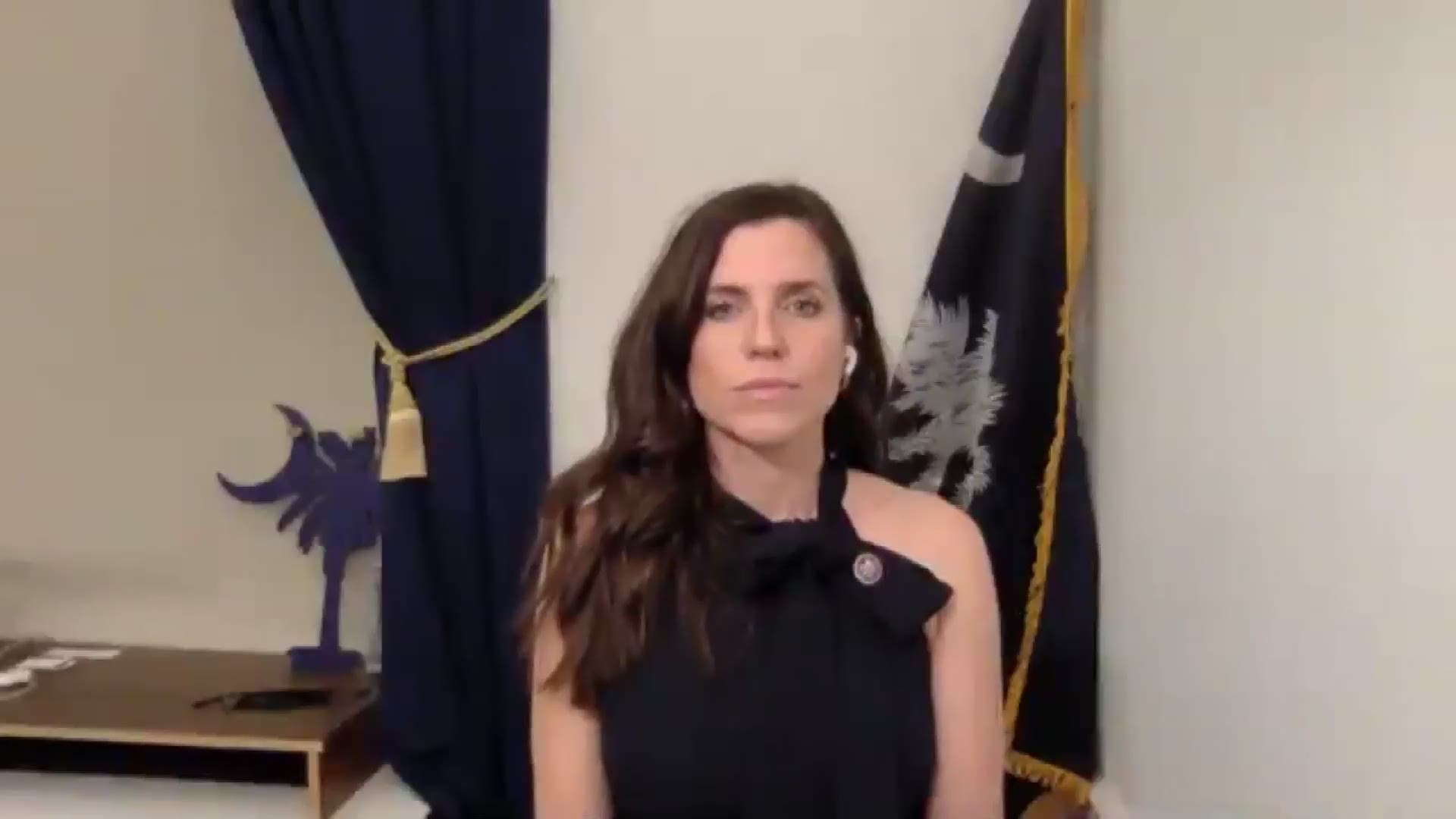 Mace spoke to News19's Andrea Mock late Tuesday, hours after a protest by Trump supporters quickly turned into a riot and a storming of the U.S. Capitol, a shocking moment that's drawn outrage from politicians from both parties.

"This is not a means to an end," she said of what the people did. "You will not succeed if you continue down this path."

Mace said she was in and office in one of the Capitol complex building when the evacuations began after the group assaulted Capitol police and pushed their way into the building. The ugly display led to a suspension of the certification of the Electoral College vote that was taking place in both chambers.

RELATED: Woman shot inside US Capitol during Trump supporters' riot has died

Lawmakers were forced to flee the building as hundreds roamed the hall of Congress, going inside the chamber and office, causing damage.

After pleads from lawmakers from both parties to do something, President Trump put out a video statement that called for protesters to leave, but Mace said it didn't go far enough. She said he needed to directly address the American people on live TV.

Mace, who was just sworn in on Sunday, said she had seen signs on social media and some personal encounters in D.C. that made her worried about possible violence. She said that led her to send her children, who'd wanted to stay in the capital for the week, back home on Charleston on Monday.

"Instinctively I thought this doesn't feel right, and I'm so glad I did."

She said tensions have been high about the election result but she laid the blame for those anxieties at those who convinced millions of Americans that the recent election was fraudulent and could be overturned by Congress or the Vice-President, which it can't she said some of them online also encouraged violent acts of protest.

She said Trump should have conceded weeks ago.

"I'm sad for our nation today," she said. "I'm heartbroken. And I'm angry. There are millions of people who were misled about what the vote was about today, which is strictly a ceremonial vote...This is the result. You reap what you sow. I'm disgusted with the people who encouraged this kinds of violence."

Mace also made clear that she's a staunch Trump supporter, joining his staff in South Carolina in 2015. She said she fought "tooth and nail" to get him elected and said he had many accomplishments, such as lower taxes and the economy, that now will be undermined by what happened.

"So many good things, so many accomplishments over the last four years gone. They have disappeared. All of that has gone now. I'm angry."