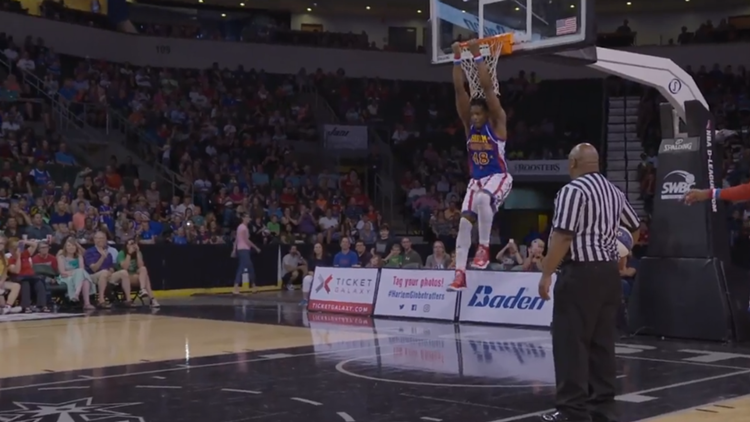 DENVER — The Harlem Globetrotters, perennial destroyers of those Washington Generals on the basketball court, are offering free tickets to federal employees furloughed by the partial government shutdown in D.C.

According to a spokesperson for the Ambassadors of Goodwill, the Globetrotters are offering free tickets to their 2019 Fan Powered North American Tour, which includes the five Colorado stops below:

Globetrotter President Howard Smith said the free tickets were meant to show support to all of those government workers whose families are suffering as they miss paychecks.

All any U.S. government employee has to do to pick up their tickets is use their valid government identification at their local box office to get two free tickets to a Harlem Globetrotters game anywhere in North America. While supplies last of course.

This is the Globetrotters' 93rd season, by the way. They're playing in 250 different North American markets and - if you wish to purchase tickets - can head over to this link.

American is now on day 26 of the partial government shutdown - the longest in U.S. history - with no end in sight. President Donald Trump had asked Congress for $5.7 billion in funding for a border wall in Congress's latest budget act. Top Democrats have met with Trump this week, but negotiations seemed to go nowhere.

Federal workers are about to miss their second paycheck. When the shutdown ends, most should receive back pay - at this time, it's unclear if federal contractors out of work will receive anything.

Congress said it will cancel a recess later this week if the shutdown continues, which seemed likely.

House Speaker Nancy Pelosi called on the president on Wednesday to delay his State of the Union address and his own economists acknowledged the prolonged shutdown was having a greater economic drag than previously thought.