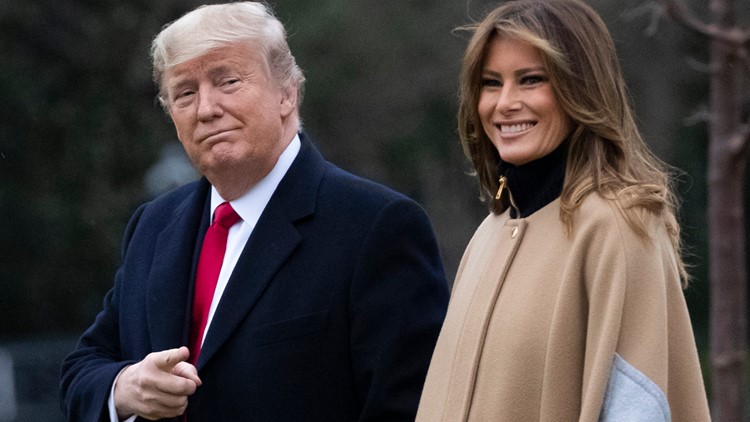 Photo by: AP
President Donald Trump, accompanied by first lady Melania Trump, points as he walks on the South Lawn as they depart the White House, Friday, Jan. 31, 2020, in Washington. (AP Photo/Alex Brandon)

WASHINGTON — A record number of Americans say they approve of President Donald Trump.

A new Gallup Poll found 49 percent of registered voters support him. That’s higher than at any other point since he took office in January 2017.

Gallup reports the bump came from a surge among Republicans – up six points from January – when the Democrat-controlled House of Representatives voted to impeach him.

The president is also enjoying more support among independents, and voters have an even more favorable opinion when asked about specific issues.

According to Gallup, 53 percent of registered voters support Trump’s handling of the situation with Iran.

And 63 percent are giving his handling of the economy a big thumbs up.

The country is split right down the middle – 50/50 – on the question of whether Trump deserves a second term.

Gallup’s poll had a four percent margin of error.

President Donald Trump and first lady Melania Trump board Air Force One at Andrews Air Force Base in Md., Friday, Jan. 31, 2020. The Trump's are heading to Florida to spend the weekend at their Mar-a-Lago estate. (AP Photo/Michael A. McCoy)
AP

RELATED: Trump faces his accusers in State of the Union speech Tuesday