Lindsey Graham argues against impeachment in letter to Schumer 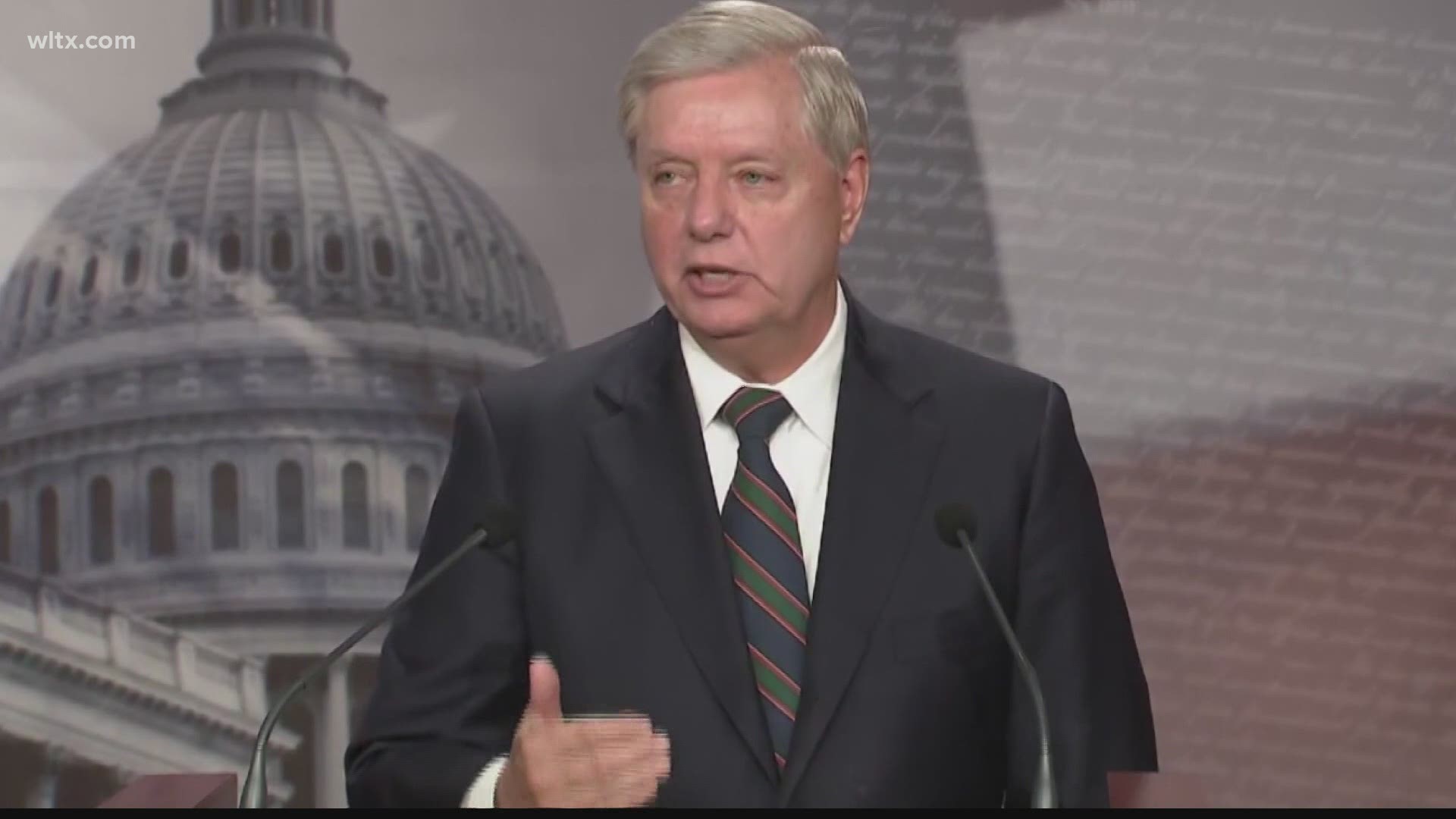 The House approved an article of impeachment against the president for inciting insurrection after the Capitol Building was invaded by Trump supporters/domestic terrorists following a speech by Trump on Jan. 6.

Although Graham acknowledges the attack on the Capitol and Trump's "unconstitutional calls" for Vice President Pence to "overturn the 2020 election and violate his oath to defend the Constitution," rather than holding Trump accountable, Graham suggests impeachment is "vengeance and political retaliation."

On Jan. 6, Graham, during the certification of the Electoral College's vote tally of the 2020 presidential election -- that was continued hours after the insurrection at the Capitol -- said in his speech that "enough is enough" and voted for certification saying that Joe Biden had won the election.

In Sunday's letter to Schumer, Graham writes Trump has only days remaining in office and questions whether proceeding with impeachment after Trump leaves office on Wednesday, Jan. 20, is constitutional.

He also argues that if Pence "withstood immense and unprecedented partisan pressure and fulfilled his oath to the Constitution of the United States. We, and you, must do the same.

"The Senate should vote to dismiss the article of impeachment once it is received in the Senate. We will be delaying indefinitely, if not forever, the healing of this great Nation if we do otherwise. Our obligation to the People we represent is clear. History will judge us harshly, as it should, if we do not rise to the occasion of this historic moment in our history."

The letter is accessible here: 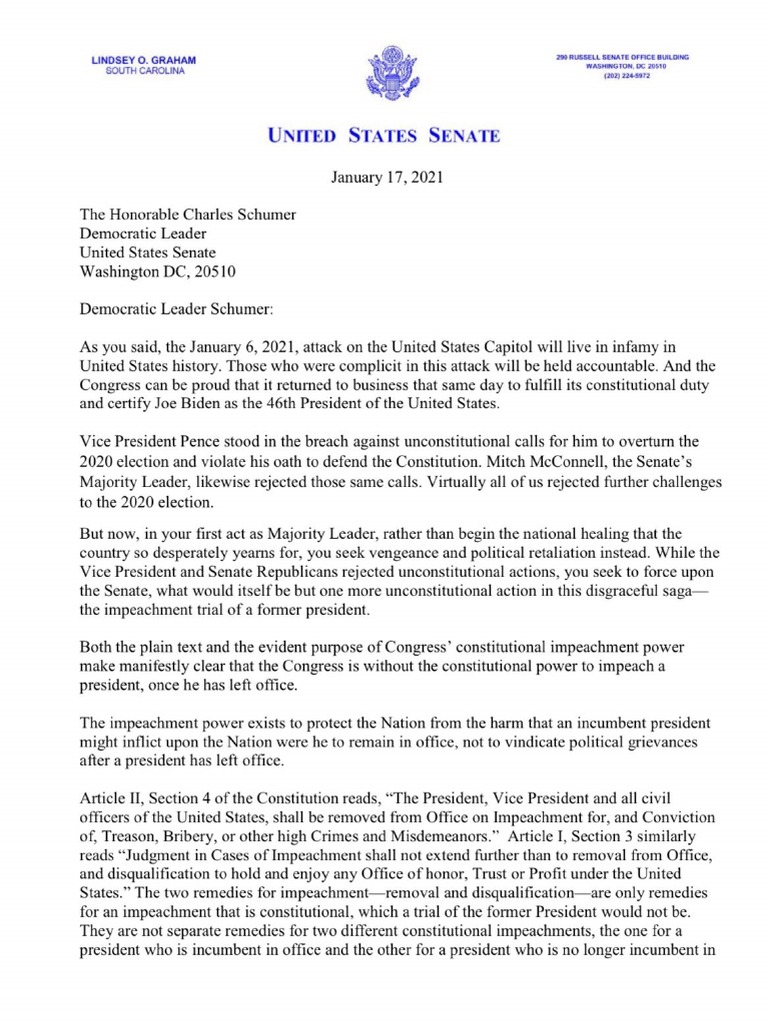 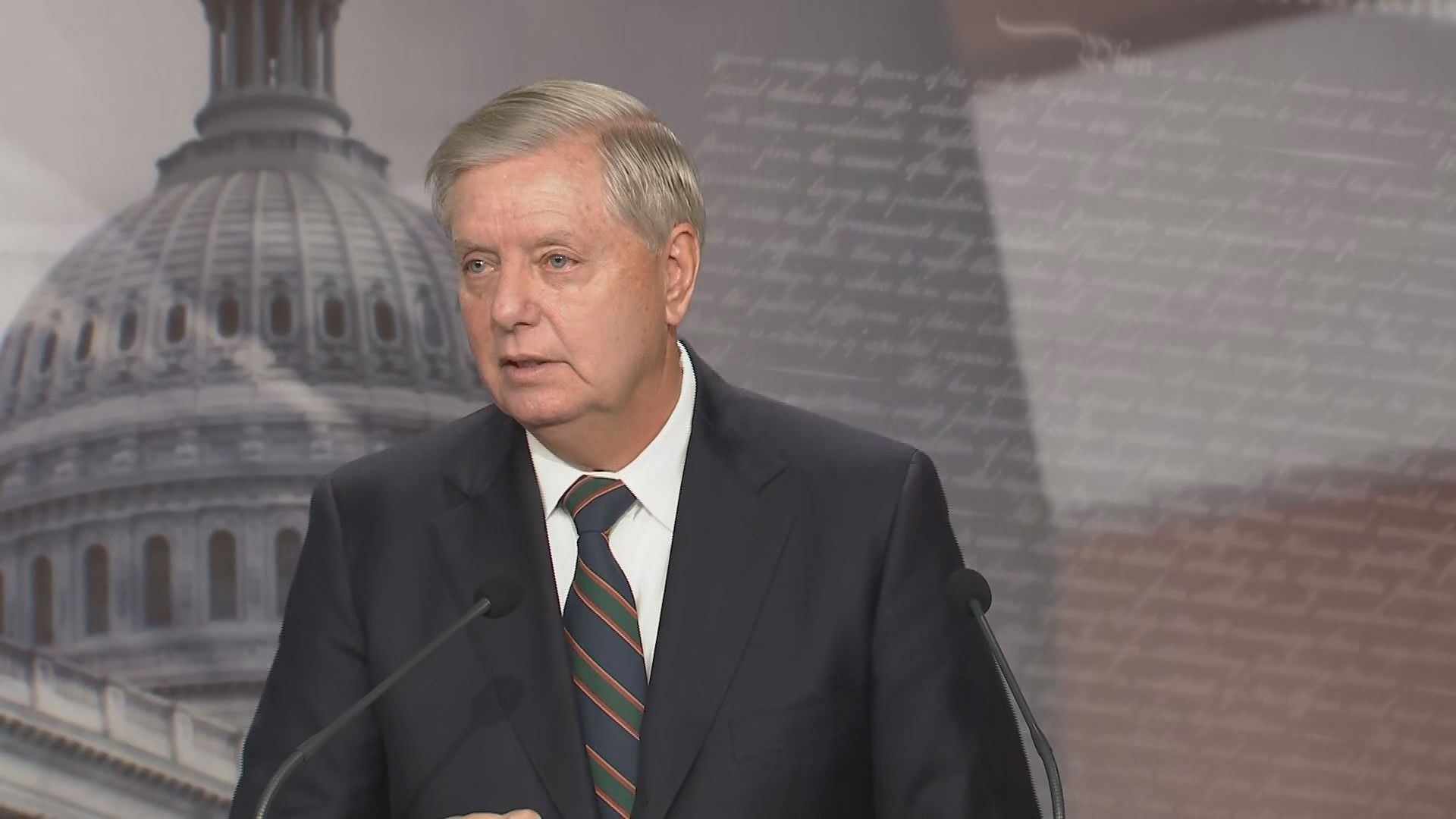