Tens of millions of Americans descended on the polls today as election watchdogs reported hours-long lines, sporadic equipment failures and confusion about polling places — but few signs so far of violence or voter intimidation.

Tens of millions of Americans descended on the polls today as election watchdogs reported hours-long lines, sporadic equipment failures and confusion about polling places — but few signs so far of violence or voter intimidation.

Problems cropped up in key battleground states such as Florida, North Carolina and Pennsylvania — states that could decide whether Hillary Clinton or Donald Trump wins the presidency. Most appeared to be the types of issues that occur during every election, rather than evidence of the "rigged election" that Trump warned his supporters to expect.

A coalition of more than 100 civil rights and voting rights groups reported that more than half of the complaints received about voter intimidation or harassment came from Pennsylvania. Those included voters being asked to provide specific forms of identification that are not required and Spanish-speaking voters finding no Spanish speakers to assist them.

“There is tremendous disruption at the polls today," said Wade Henderson, president of the Leadership Conference on Civil and Human Rights. "This election may be the most chaotic election … in the last 50 years.”

PHOTOS: Long lines at the polls

PHOTOS: Long lines at polls on Election Day in America

Upon investigation, the issues were related to a problem with e-pollbooks. The issue was across all of Durham county, the county where the city of Durham is located, Smith said.

To deal with the problem, the county first switched to allowing voters who were unable to check in via the e-pollbooks to vote with provisional ballots. However these were limited in number and the solution is less than ideal if the issue continued, said Smith.

After this was established, the county went to what Smith called “a better Plan B,” which was to use a paper back-up copy of the pollbook, and they write in the information for each voter.

Durham county uses paper ballots counted by scanners, and accessible ballot marking device for voters with disabilities, which also produces a paper ballot. Both are considered very safe and less vulnerable to hacking and manipulation. So while some polling places could not check people in, they were still able to vote, said Smith.

The State Board of Elections told Smith it was working on getting polling places printed labels to facilitate the entry of information, but that they were able to check people in using the paper pollbooks.

As of noon, voters were able to check in and to vote, though the process appeared to be taking longer than it would have had the electronic pollbooks been available.

“We're not clear yet on the cause of the apparently county-wide issue with e-pollbooks,” Smith said.

Nearly 90 million Americans are expected to vote today, in addition to more than 46 million who voted early or by absentee ballot. Voters are being watched by thousands of federal monitors, voting rights advocates, conservative watchdogs and even international observers looking for anything from dirty tricks to acts of violence.

Liberal and conservative interest groups are being extra vigilant because the presidential race tightened in recent days, and because Trump urged supporters to watch polling stations in "certain areas" for signs of fraud.

Observers came from as far as Europe and South America to see whether America's democratic system could withstand pressures from within the political system and beyond — extending, perhaps, to efforts by Russia and others to hack into election information systems.

The most likely problems are those that crop up during every election, such as closed polling stations, confusion over new voting requirements and faulty voting machines. Those and other problems led to long lines in North Carolina and Texas during early voting, when more than 46 million people voted coast to coast.

Early Tuesday, the biggest problems being reported included a breakdown of voting machines in Durham, N.C.; long lines and delayed poll openings in New York; problems with voting machines in Virginia; and confusion with closed or delayed-opening polling places in Georgia and Texas.

Chris Calvert, a would-be voter in Philadelphia's 48th Ward, tweeted that both voting machines were broken at his polling place. “No one can vote in our district today. Hundreds of angry voters,” he wrote. Federal law requires election officials to give voters provisional paper ballots in such cases.

In Precinct 134 in Detroit’s West Village area, the machine that counts the ballots was not working from the very beginning of the morning, causing confusion and anger among voters. Workers at the precinct told voters they could either leave their ballots in a secure box below the machine for it to be counted later or wait for a technician to arrive to fix the machine.

Broken ballot-scanning machines and other problems slowed voting at some polling places amid what appeared to be heavy presidential election day turnout in New York City. Only one of two scanners was functioning at a polling place in Manhattan’s Gramercy Park neighborhood Tuesday morning. And voting lines stretched down the stairs and out the door minutes after 6 a.m. at the polling location in a Baruch College building. By 8:30 a.m., the line had grown to hundreds of people and stretched east to Third Avenue.

Similar waits and confusion were reported at Public School 154 in Manhattan’s Harlem neighborhood. There, too, only one scanner was functioning, a situation that was causing “complete chaos and discouraging voters,” tweeted Megan Arend.

Until Tuesday, most of the battles have been fought in federal courtrooms rather than the streets. The Supreme Court weighed in Monday, denying efforts by Democrats to bar Trump's supporters from polling places in Ohio over the chance they would intimidate voters. Conservatives previously won an Arizona legal battle over how ballots are collected, while liberals prevailed in voting rights lawsuits in North Carolina and Wisconsin.

The Justice Department dispatched more than 500 monitors to 28 states, a reduction from nearly 800 in 2012 that reduces the government's presence inside polling places. Their task: to determine whether voters are subjected to racial discrimination or other barriers related to language differences or disabilities.

Federal authorities have said the decentralized and antiquated nature of the country’s vote tabulation systems would be difficult to penetrate. Early Tuesday, authorities said no serious issues had been reported. But the Department of Homeland Security, FBI and other agencies were focused on other possible disruptions — Internet outages or possible terrorist plots timed to the election — designed to sow fear in the electorate.

The coalition of civil right and voting rights groups claimed to have more than 4,500 volunteers fielding calls to 866-OUR-VOTE at its "election protection" command center in Washington, D.C., and regional centers across the country. It also has poll monitors in 28 states.

“This is the first presidential election without the full protections of the Voting Rights Act,’’ said Chris Melody Fields, manager of legal mobilization for the Lawyers' Committee for Civil Rights Under Law. “We want to make sure, in particular in states that were formerly covered, that we have a presence and that we make sure we can help voters as much as possible.’’

In an unprecedented effort to monitor the voting process, more than 1,000 reporters, editors and students collaborated Tuesday on an effort to spot and verify reports of long lines, voter intimidation or other polling place problems.

The USA TODAY Network is part of the effort, along with ProPublica, Google News Lab, Univision Noticias, the City University of New York Graduate School of Journalism, First Draft and WNYC Radio. The information is being published on the Electionland website and used in separate stories.

Early Tuesday, Electionland reported that Urban Outfitters, a popular retailer with conservative ownership, tweeted incorrectly to its 1 million Twitter followers that voters must bring voting registration cards to their polling places. The company said it would correct the voter guide immediately.

Eric Trump tweeted a ballot selfie showing he had voted for his father for president. He deleted the tweet after Electionland flagged it and tweeted that polling place photos are illegal in New York.

Donald Trump Jr. avoided a similar problem by tweeting a photo of him and his family outside their polling place.

1 / 49
<p>A woman smiles after voting at a polling place at a high school in Burke, Virginia during the US presidential election on November 8, 2016. </p> 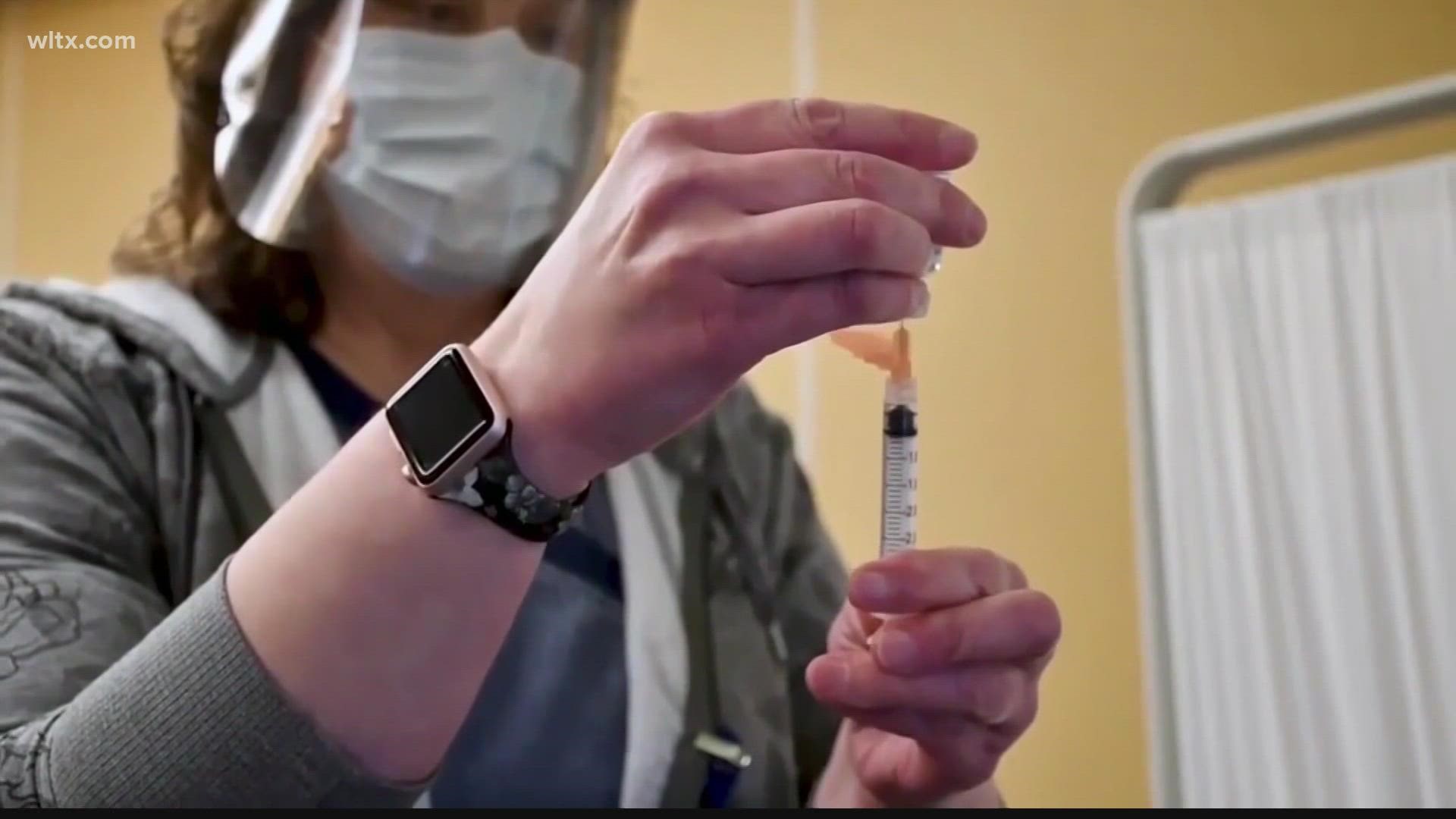