People are taking advantage of satellite voting locations to vote absentee in person with just a week left before Election Day. 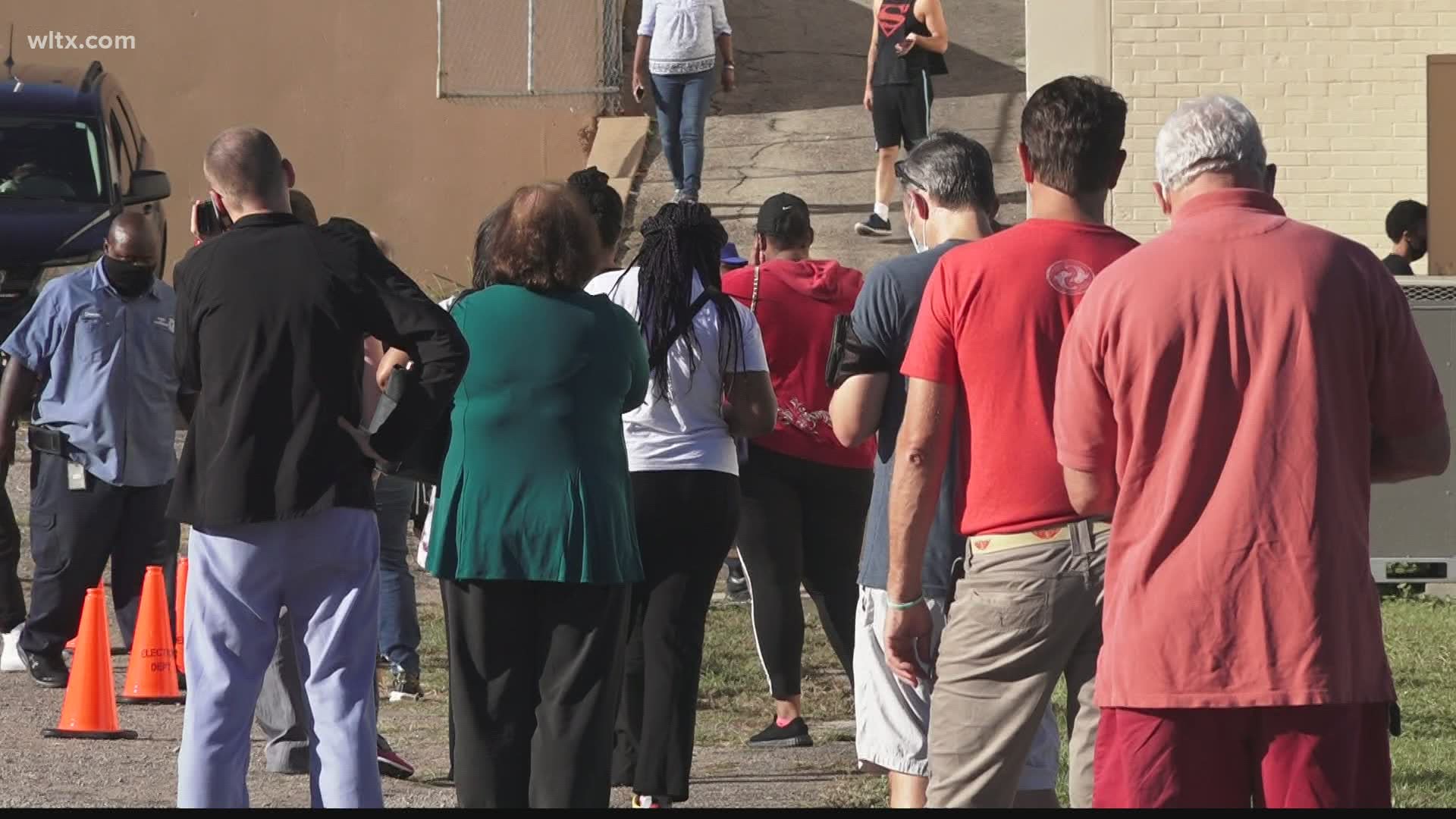 COLUMBIA, S.C. — Across the Palmetto State, voters have been pouring in to the polling booths to cast their ballot.

"These votes affect a lot of decisions that can impact your family, your jobs, and community," Ashley Jenkins said.

It's the last stretch for voters, with record numbers voting ahead of the November 3rd Election Day. People are taking advantage of voting locations open for in-person absentee voting.

"If you want something changed that you see in your community, you have to get a ride here or an Uber to make it happen!" Jenkins continued.

Several voters told News 19 reporter on Monday that this year's presidential election is the most important. And the election is extra special for first-time voters, like Anson Bidwell.

If you plan on voting absentee, here are some things to know. For more information, visit https://t.co/Hyjx4sUu6s. pic.twitter.com/K5U6IKWUmp

"It felt good to vote in a presidential election finally," Bidwell said. "Other than that, it's nothing extraordinary from a process standpoint. But, it feels good to finally get your voice heard after 18 years not being able to vote."

Bidwell's brother and mother joined him at the poll. They say the long line shows people are very engaged this year.

"I think it's good that it's not going to be as crowded as it usually is on Election Day with the pandemic going on," Bidwell explained. "For people to realize that they need to vote early, it's more convenient and safer for folks."

RELATED: Steps voters can take to help prevent the spread of COVID-19