The gun bill has been given special order and could pass as early as this week. 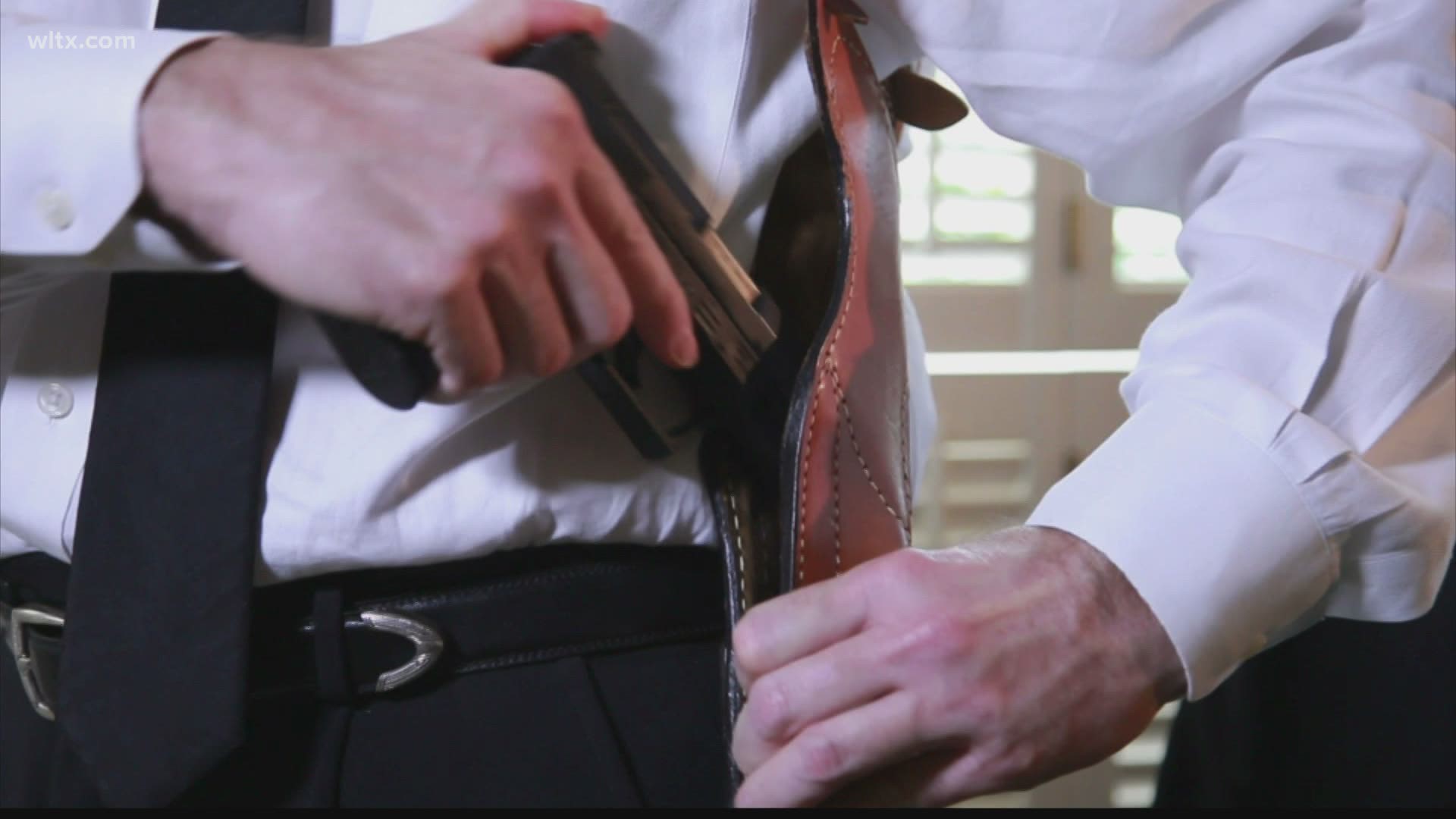 COLUMBIA, S.C. — The "open carry with training" act (H. 3094) has been fast tracked through the Senate. Now, the likelihood of it becoming law this year has greatly increased.

The move happened Thursday, when Senate Majority Leader Shane Massey said at the end of session "I move to discharge from the Judiciary Committee H. 3094, that is a bill dealing with the open carry of firearms."

Massey's motion passed 27 – 12. It allows the open carry bill to jump ahead in the legislative process. They also voted to give it priority above other bills.

The bill passed the subcommittee level last week. Its next step was to be heard by full committee. However with this vote, the bill skips committee and goes straight to second reading on the Senate floor.

A Senate subcommittee heard feedback from the public this morning on H. 3094 - the open carry with training act. So many people signed up to speak (both for and against it) that they scheduled a second meeting and did not vote on the bill. @WLTX

Lawmakers in favor of open carry worried they wouldn’t have time to pass it this year, but this move changes that.

"We have very few legislative days left and the public expects the General Assembly to look at this topic from several different angles," Senator Penry Gustafson told News19 Monday.

RELATED: Senate takes up open carry bill after it passes in the House

She added that open carry with a permit is every American’s right.

"We do need to strengthen ownership protection of firearms, I think we need to secure our legal guns," said Gustafson.

However, Democrats like Senator John Scott want to do what they can to make sure the bill is as safe as possible if it passes.

"It’s a pretty dangerous bill for law enforcement," Scott said. "Law enforcement is already a little tense and nervous about all the things that’s going on, but I think it will add even more stress with this bill."

Scott thinks it’s unclear whether gun owners would be allowed to open carry in large crowds or on school campuses under the bill.

He asked, "if you’re gonna do open carry, the question is where can you open carry?" Scott said they have a lot of work to do before it potentially passes. "It’s not a simple bill. It’s one that’s going to need common sense, so people don’t get hurt."

Scott is against open carry, but with the Republican majority in the Senate and the bill having priority, he said there’s a high chance of it passing soon.

Whether someone is for or against the bill, lawmakers are encouraging citizens to contact their senators to voice their opinion ahead of the debate this week. Find your legislator here.