Butler will now get a third term in office leading the city. 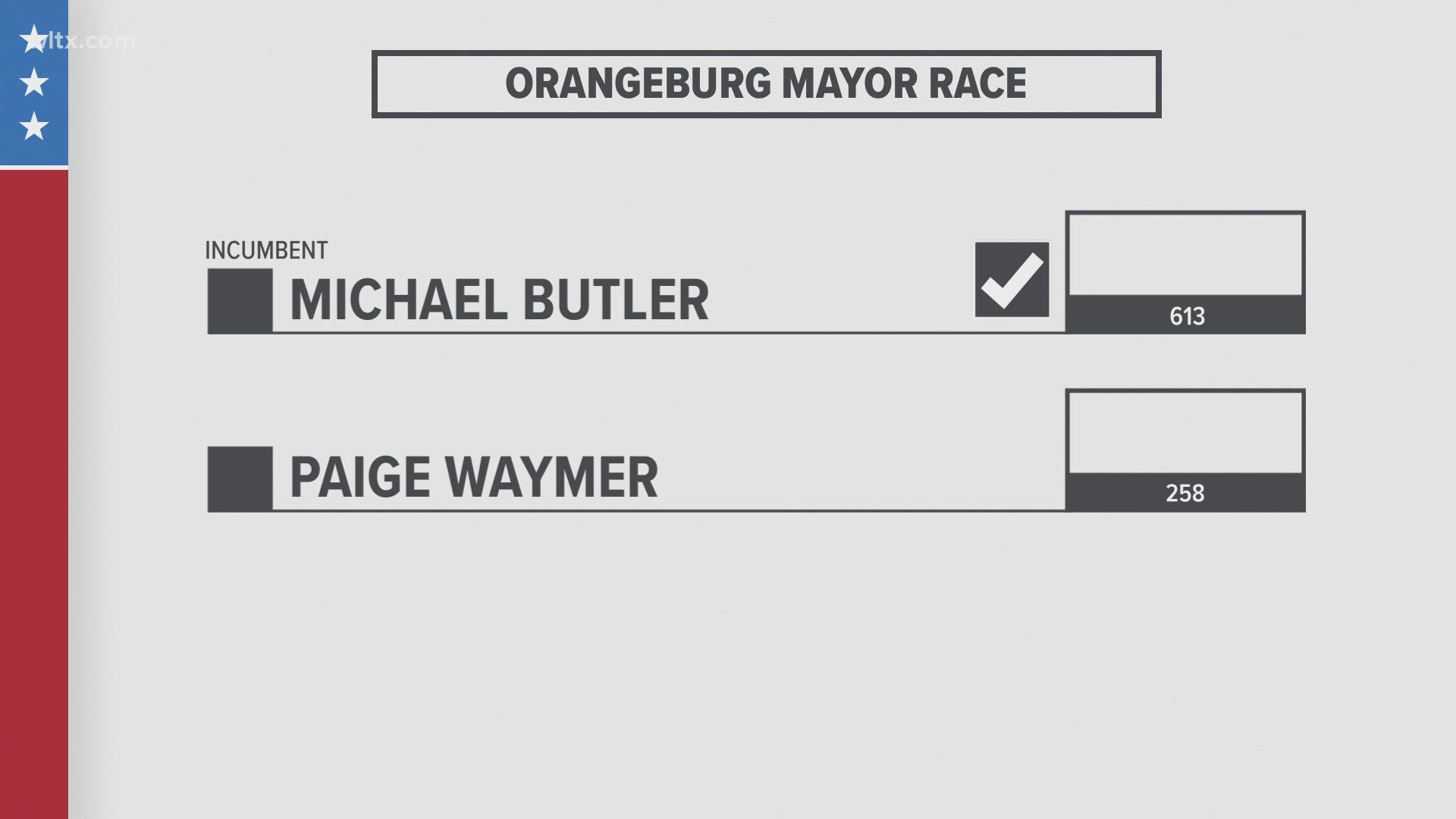 ORANGEBURG, S.C. — Voters in the City of Orangeburg have given Mayor Michael C. Butler another term in office.

Waymer is a biomedical research scientist.  Butler is the city's first African-American mayor and was first elected in 2013.

Both candidates said their campaigns focused on redeveloping the City of Orangeburg and tackling crime.

News19 spoke to voters before the election about what their priorities were before going to the polls.

"I want to see the city grow and prosper," said Orangeburg resident Rodney Jordan, "From years back to now."

"We live in a beautiful city, but we don't have a lot of concern about the trash and the litter," said Goodwin. "If you drive down several streets in Orangeburg, you'll see appliances sitting in the open and trash all over the street. We need landscaping ordinance and new buildings."