Matthew McConaughey is a hit at the box office but could he be the big winner in the race for Texas governor?

Whether McConaughey is a Republican or a Democrat is still unknown. 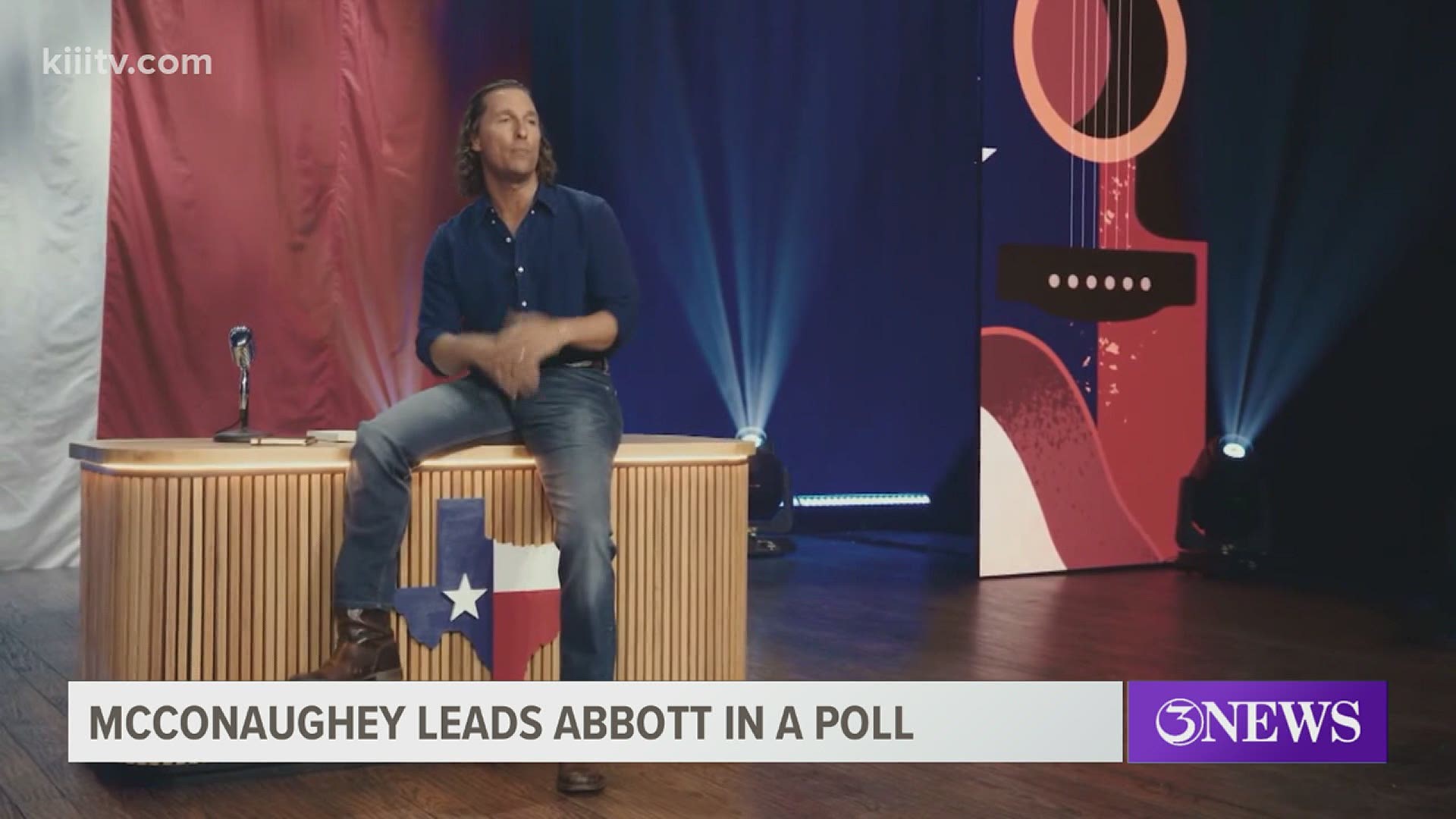 TEXAS, USA — The actor has been rumored to be looking to add a second career in politics. He even recently mentioned that he was actually serious about the idea. But, he hasn’t made up his mind.

On that speculation alone, the University of Texas at Tyler surveyed voters and asked them if McConaughey ran, would they likely support him more than Governor Greg Abbott? Well, in a head to head match up, McConaughey led Governor Abbott by 12-percent in this UT-Tyler poll.

”How hypothetical this is at this point, it’s almost hard to understate the extent to which this is an early result," Dr. Joshua Blank, Research Director at UT Austin said. "It’s interesting, fun, but I don’t it’s fun. But I don’t look at that and go 'wow Matthew McConaughey has got this one in the bag or he’s the front runner here.'"

Dr. Blank tells 3News that McConaughey would have an uphill battle against Abbott.

First off, no one knows if McConaughey is a Republican or a Democrat. Also, he’s never run for public office before whereas Governor Abbott has been a highly successful politician who has $40 million in his campaign war chest.

For the latest updates on coronavirus in the Coastal Bend, click here.

More from 3News on KIIITV.com: