The Palmetto State does not have an official standard for its flag, but a design committee may soon change that. 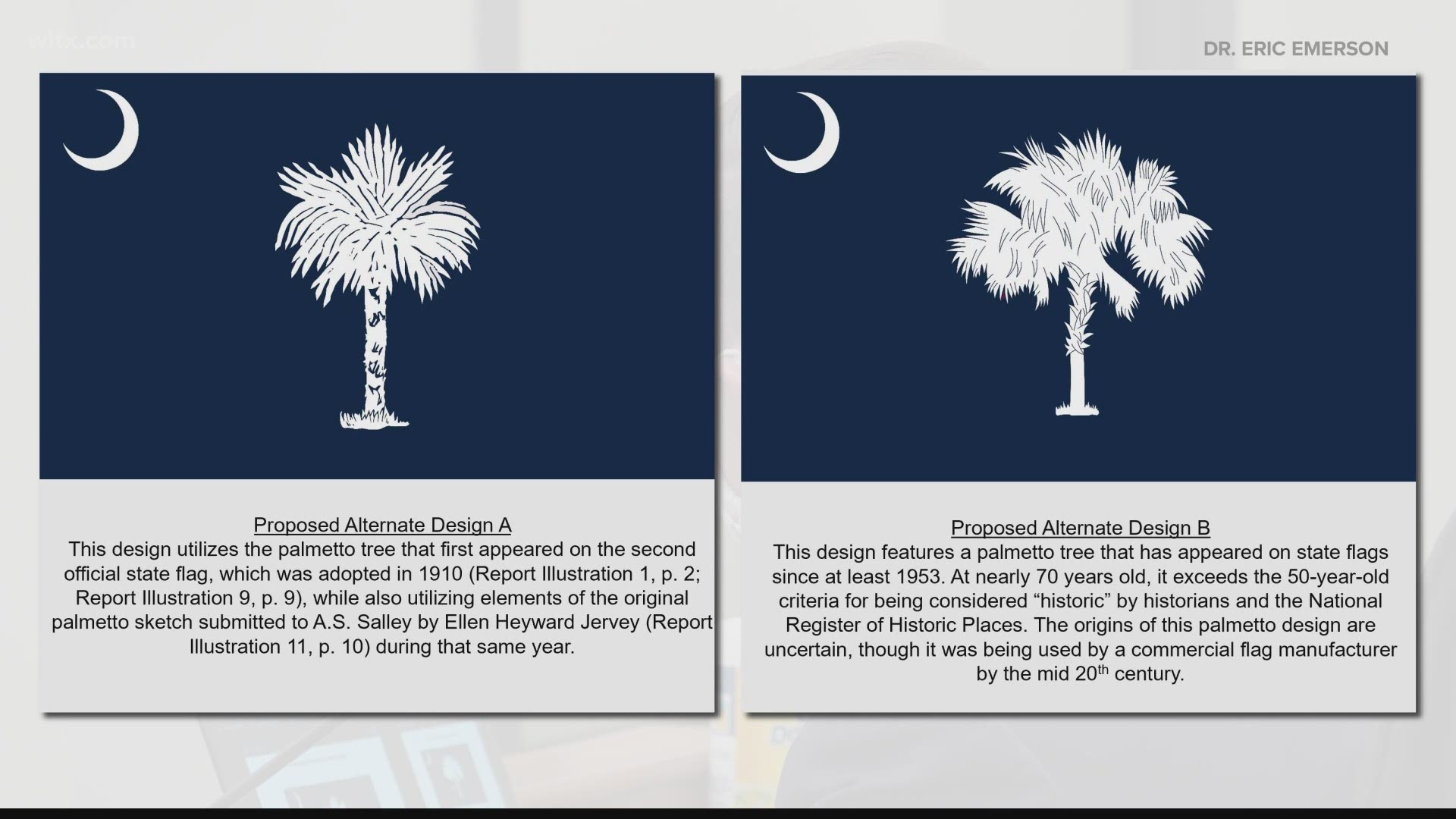 COLUMBIA, S.C. — There are several different versions of South Carolina's state flag, and lawmakers are hoping to choose one design to become the official standard.

They assembled a committee in 2018 to look into the history of the Palmetto State's flag and create one uniform design with historical significance. On Tuesday, the design committee presented two options to a Senate subcommittee.

Design A pulls historical elements from the official state flag in the early 1900's, and Design B uses a version of the palmetto tree that began showing up on state flags in the 1950's.

"A lot of constituents may ask you, why are we changing the flag? What’s wrong with the flag we have? And I don’t know how you answer that, but there’s nothing wrong with it, we just don’t have a standardized version," said Scott Malyerck to Senators on Tuesday.

Malyerck, a member of the committee, said the goal is not to dramatically change the design, but to standardize it so the state can have one uniform flag that's consistent.

Even the state flags on top of the State House versus inside the Senate chamber look different, and lawmakers want to fix that.

Credit: Dr. Eric Emerson
The first design for the official state flag by the committee, which received widespread disapproval.

The design committee released their first version of the flag last year. "They went back and studied the history of the state flag and what they came up with is what was as close to historical accuracy as they could find," explained Senator Ronnie Cromer.

However, they received an overwhelming amount of negative feedback from the public, so they went back to the drawing board and have now come up with the two new designs they presented Tuesday.

Here are the two new proposals for the official South Carolina state flag. Which do you like better? A or B? @WLTX pic.twitter.com/dbYdjFQXJB

After Emerson presented both designs and the history of the state flag to a Senate subcommittee Tuesday, the senators decided to hold off on voting.

Instead, they want both versions of the flag to be presented to the Family and Veterans Services Committee so more lawmakers can weigh in on the decision.