Public weighs in on easing voter restrictions in South Carolina 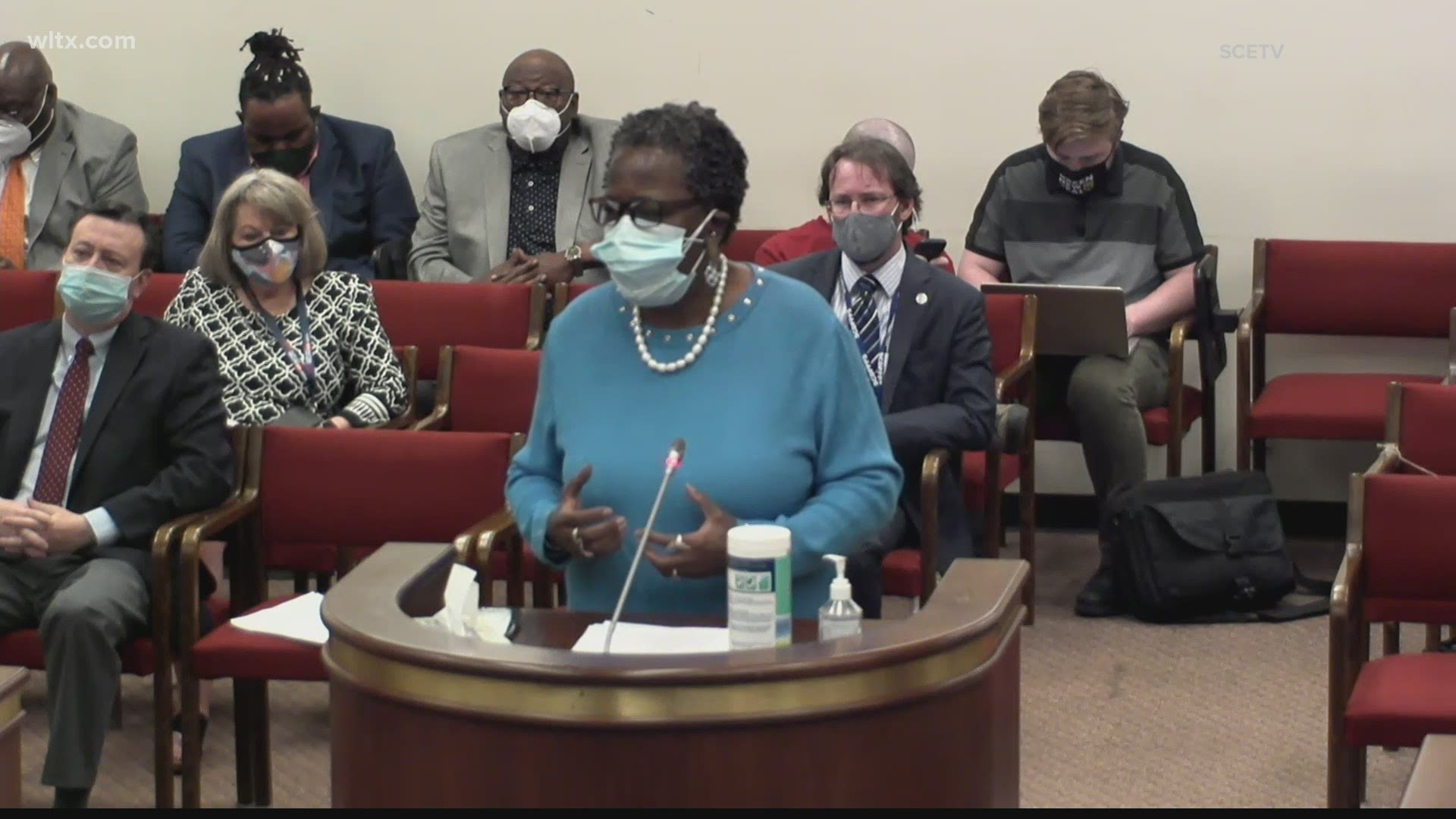 COLUMBIA, S.C. — The public has weighed in on a bill that could making voting more accessible in South Carolina. There’s a lot of support for easing voting restrictions, but some worry it could make elections less secure.

"Stop being afraid of allowing people to participate in the process," said Representative Gilda Cobb-Hunter, D-Orangeburg, when introducing her bill in a subcommittee meeting Thursday.

House Bill 3822 aims to make voting more accessible in South Carolina by allowing everyone to vote absentee and also same day voter registration. It gets rid of the witness signature requirement on absentee ballots and adds college IDs to list of acceptable forms of identification.

Lawrence Moore, Chair of the organization Carolina for All, said the bill is "an opportunity for the state of South Carolina to have a bill that’s not filled with voter suppression."

Lynn Teague, Vice President of the South Carolina League of Women Voters said the voting rules during the pandemic were a success and should stay for good.

"There’s no reason that the enhanced voter access of 2020 should be temporary and every reason to add further improvements to establish a voter friendly but secure election system for our future," Teague said.

However, others worry this bill could be a threat to election security.

Representative Chris Wooten, R-Lexington, disagrees with having same day voter registration. "To be able to just throw them in the mix on the day of, you don’t know if that’s a legitimate voter or not, if they’re legal or not, that’s the reason there’s a process," said Wooten.

The current law requires people to register to vote 30 days before an election if they want to vote in that specific one.

"There's so many concerns on this," said Wooten. "You can't just open it up. The way it is right now is not oppressing or suppressing anyone's vote."

Chairman of the SCGOP, Drew McKissick, agrees. He wrote in a statement to News19:

“Simply put, Democrats’ suggested changes to our voting laws would do nothing but make fraud easier.” He added “we’re wholeheartedly against any bill that would jeopardize the integrity of our elections.”

This morning lawmakers heard public testimony on an election bill that aims to make voting easier and more accessible in S.C.
Everyone that had the chance to speak was in favor of the bill, but they ran out of time. They’ll schedule another meeting to finish testimony and vote. pic.twitter.com/Lw1xKMWjja

News19 reached out to the State Election Commission about the bill. They said “the ideas proposed in the legislation have been successfully implemented in other states. If and when election rules and procedures are changed, election security measures would also need to be adapted to ensure we are taking all reasonable measures to protect the integrity of South Carolina’s elections.”

Lawmakers will schedule a second meeting for public testimony and will vote on the bill. They’ll also discuss a Republican-backed voting bill that they didn’t get to on Thursday.