Redistricting: What is it and why do lawmakers need your help?

State lawmakers are tasked with redrawing district lines once every 10 years, which affects people's representation in the General Assembly and Congress. 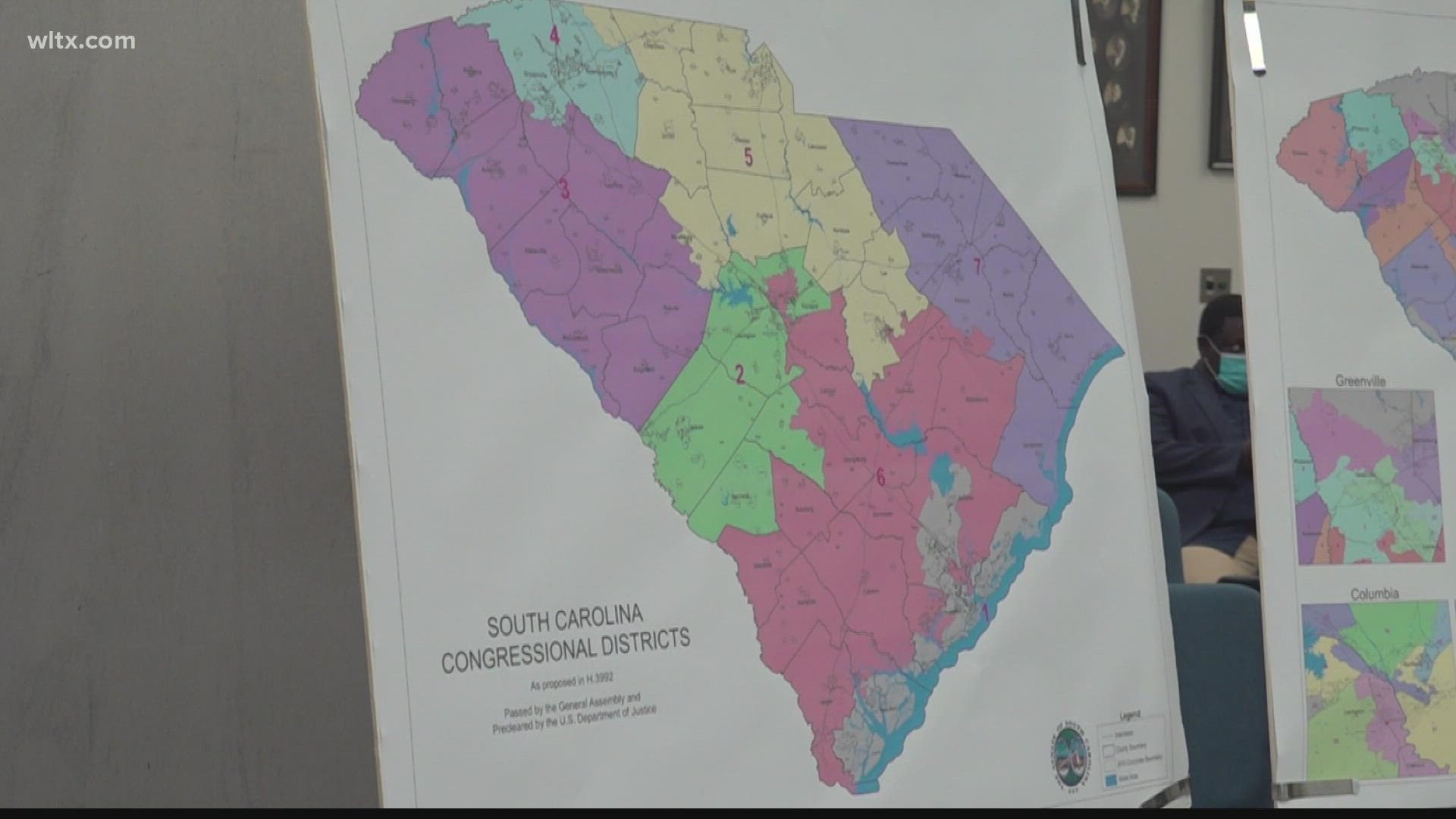 COLUMBIA, S.C. — South Carolina state lawmakers tasked with the job of redistricting want to hear from the public regarding where the lines should be drawn.

Redistricting, or the process of redrawing district lines in a state, happens once every 10 years. It affects representation in the General Assembly and in U.S. Congress.

"Redistricting is important in a sense that South Carolinians need services just like the rest of Americans and it’s important that you get elected officials that understand those needs in their communities,” said Lawrence Moore, chair of the organization Carolina for All.

Moore has been educating the community on redistricting and why it’s important to speak to lawmakers about your concerns.

"Every 10 years we draw lines to determine who represents who, and one of the important parts is they have a section called 'communities of interest,'" Moore said.

He said lawmakers must recognize those communities of interest in their district, whether it be a neighborhood or economic group, and should address their needs.

"We want the legislators to take all that into consideration and make sure they’re doing everything they can to give everyone a voice,” said Moore.

When lawmakers ignore those needs and draw lines based on their needs, that’s called gerrymandering.

Redistricting should be fair to voters. Voters of any party, of all parties, of no party, deserve Redistricting that isn’t designed to make their votes irrelevant. #WeAreWatching.

"Gerrymandering is the process of where the interests of legislators and parties overstep the interest of the community, and they create districts to codify their own power,” Moore said.

That’s why Moore said having your voice heard is so important. Chair of the House Redistricting Committee, Representative Jay Jordan, agreed.

"It’s very important that folks engage and tell us what’s important to them,” Jordan said.

The House and Senate have held public hearings across the state to get input on where lines should be drawn in communities.

"What we don’t want to do is draw a line right in the middle of someone’s neighborhood or an area where folks have an extremely common interest and therefore divide them," said Jordan.

RELATED: How to have your voice heard in SC House redistricting plans

That's why lawmakers want to hear from the public, so they know where lines should and shouldn't go.

The House has a public hearing on South Carolina redistricting plans set for  Tuesday, Sept. 28 at 4:30pm on State House grounds. People can speak in person, virtually, or send a letter. Click here for detailed information on how to sign up.

Carolina for All has an upcoming training on giving public testimony and the importance of redistricting on October 4. Click here to learn how to sign up.