Even with 143 polling places located throughout the county on Nov. 3, you don't have to wait until election day to cast your vote. 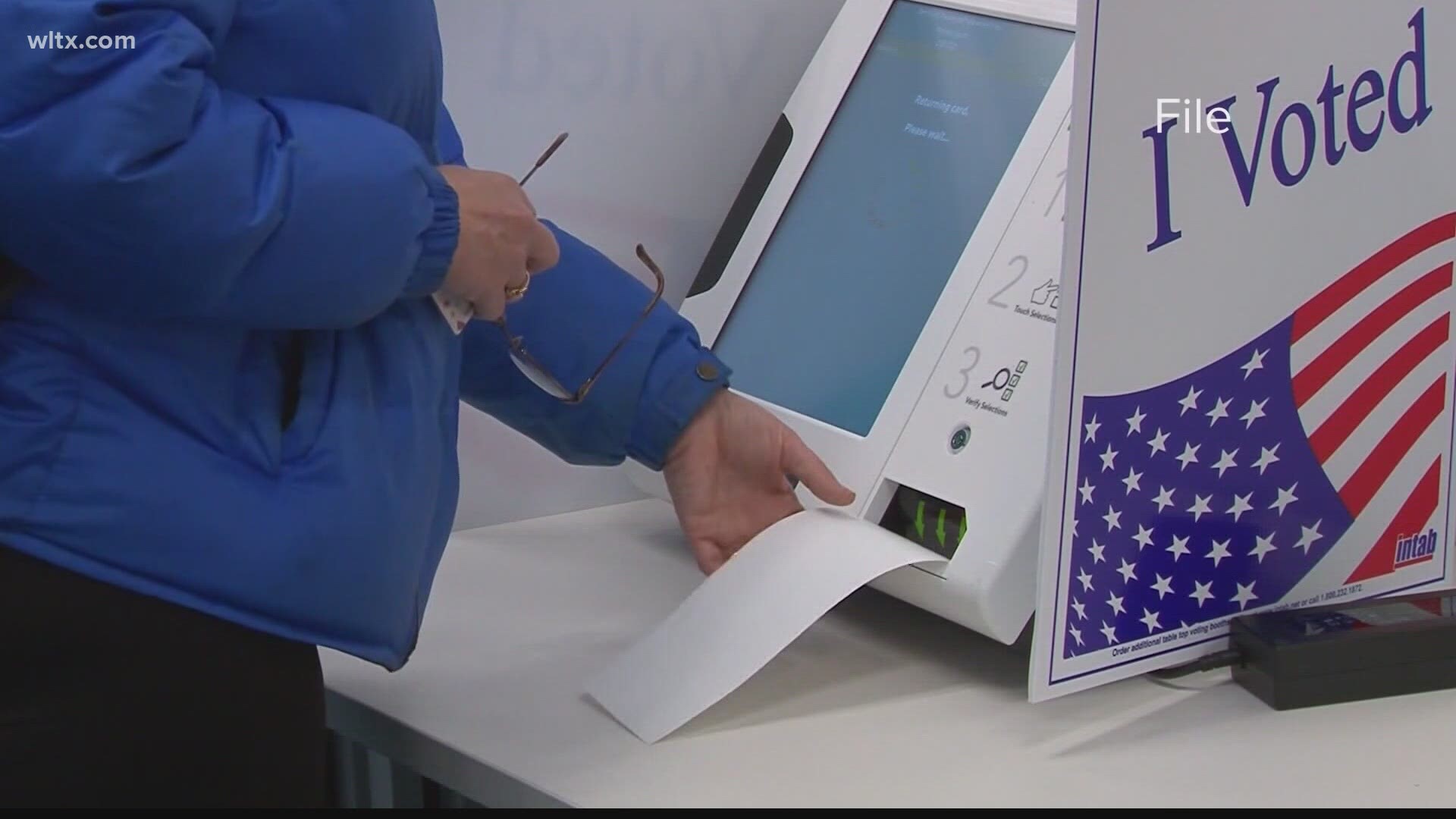 COLUMBIA, S.C. — This week, residents in Richland County should start to receive their absentee mail-in ballots after a delay from the vendor.

But with 20 days to go until the election, officials are trying to avoid any obstacles that might cause a headache for voters.

Richland County residents probably remember the problems that led to long lines during the state primaries in June.  For instance at Spring Valley High School, the final vote wasn't cast until 12:45 a.m., nearly 6 hours after the polls closed.

So what's being done this go around to ease frustrations? More poll workers and more training.

"We had some 1,500 new poll worker applications and that's in addition to approximately 1,500 poll workers we already had," said Dr. Charles Austin.

Austin is the Chairman of the Richland County Voter Registration and Elections Board and has kept a log of all the problems from the primary.  He says one of the major issues, confusion over consolidated polling locations.

"At this juncture, we have not had to combine or close any (polling locations)," said Austin.  "We have confirmed all of the locations that we need."

All poll workers are required to go through mandatory training which began on October 7 and will run through October 27.

Even with 143 polling locations throughout the county, you don't have to wait until election day to cast your vote.

For those of you who applied early for your absentee mail-in ballot, Richland County has six satellite sights to drop off your ballot.

Another issue that arose back in June, the lack of curbside voting machines. A tool that's vital for persons with a disability.

"We have approximately 312 curbside carts," said Austin.  "That will be helpful not only to the voter but will also help our poll workers who have to moves those machines."

Election officials say if you do not receive your absentee ballot by the end of the week, you should vote in-person.

To ensure your votes is counted, mail-in ballots will need to be received by the elections office by 7:00 p.m. November 3.