South Carolina expected to have extra $1.8B in 2020 budget

Economic advisers predict that South Carolina will have a surplus of $1.8 billion for the 2020 fiscal year. 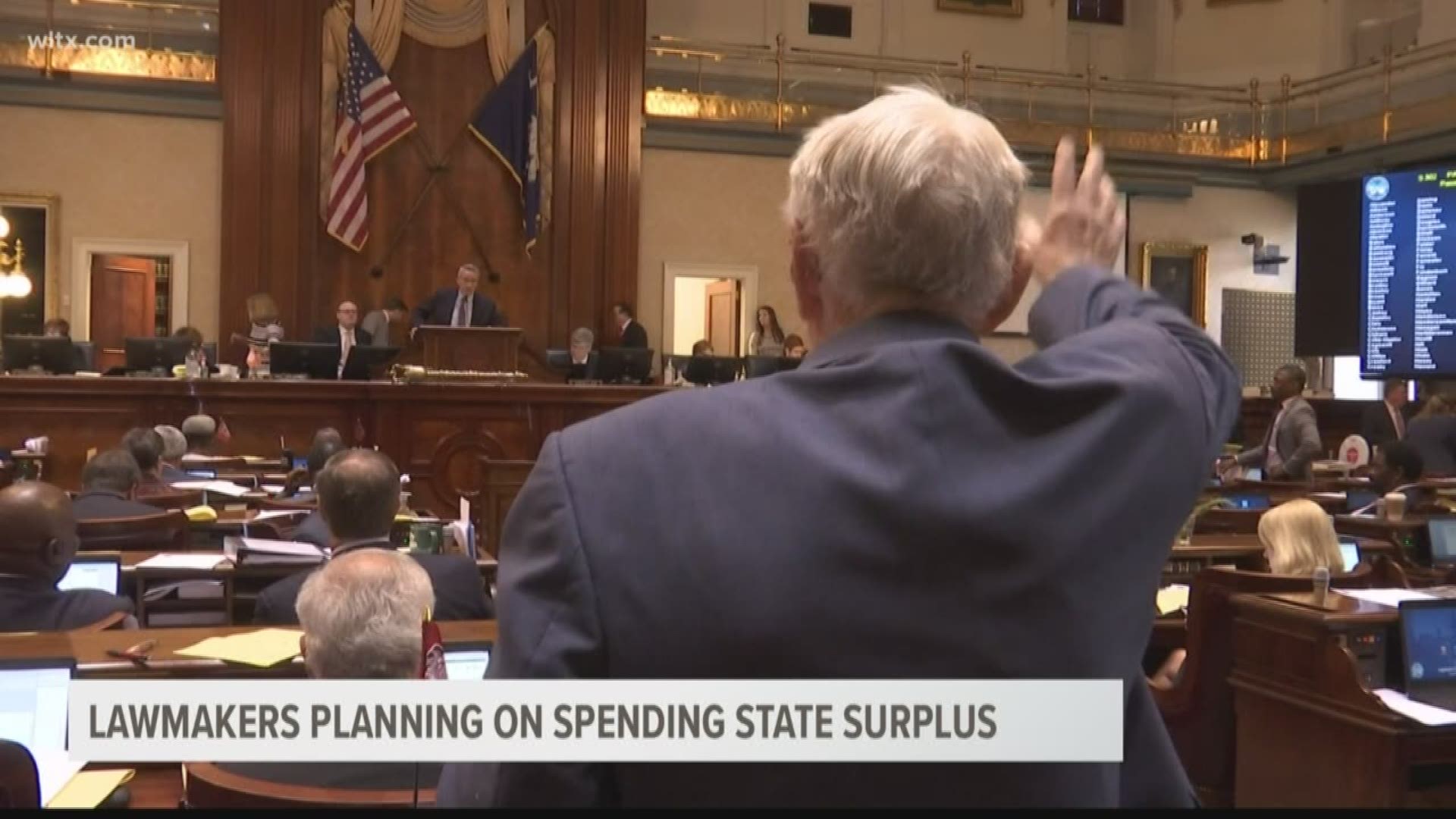 COLUMBIA, S.C. — The state of South Carolina is looking toward the 2020 fiscal year and so far, there's good news.

Economic advisers in the state have released their projections for next year's budget and they predict it could include an extra $1.8 billion for the state to spend.

Each year, South Carolina lawmakers decide how to spend the billions of dollars in the state's budget -- an amount decided in part by the Revenue and Fiscal Affairs Office. The office recently published its forecast for the 2020 fiscal year.

"The general assembly adopted the budget for the current year before the prior year was finished we discovered there was a $350 million surplus for the last fiscal year, which means we're likely to have a surplus of $500 million," said Frank Rainwater, the executive director of the Revenue and Fiscal Affairs Office.

According to state officials, generous spending, more money from tax collections and recent legal decisions led to the extra $1.8 billion. Governor Henry McMaster tweeted about his plans for the surplus, saying he will use the money to fund South Carolina's most critical needs, and then he plans to return the rest to the taxpayers.

The Revenue and Fiscal Affairs Office releases the forecast each year ahead of the governor's executive budget, which is expected to be released in January. After the 2019 fiscal year ends, the office will adjust its predictions.