SC Congressman Gives Mark Zuckerberg a Copy of the Constitution

The Congressman gave Mark Zuckerberg the gift to make the point that the company needed to make sure it allowed all viewpoints equal expression. 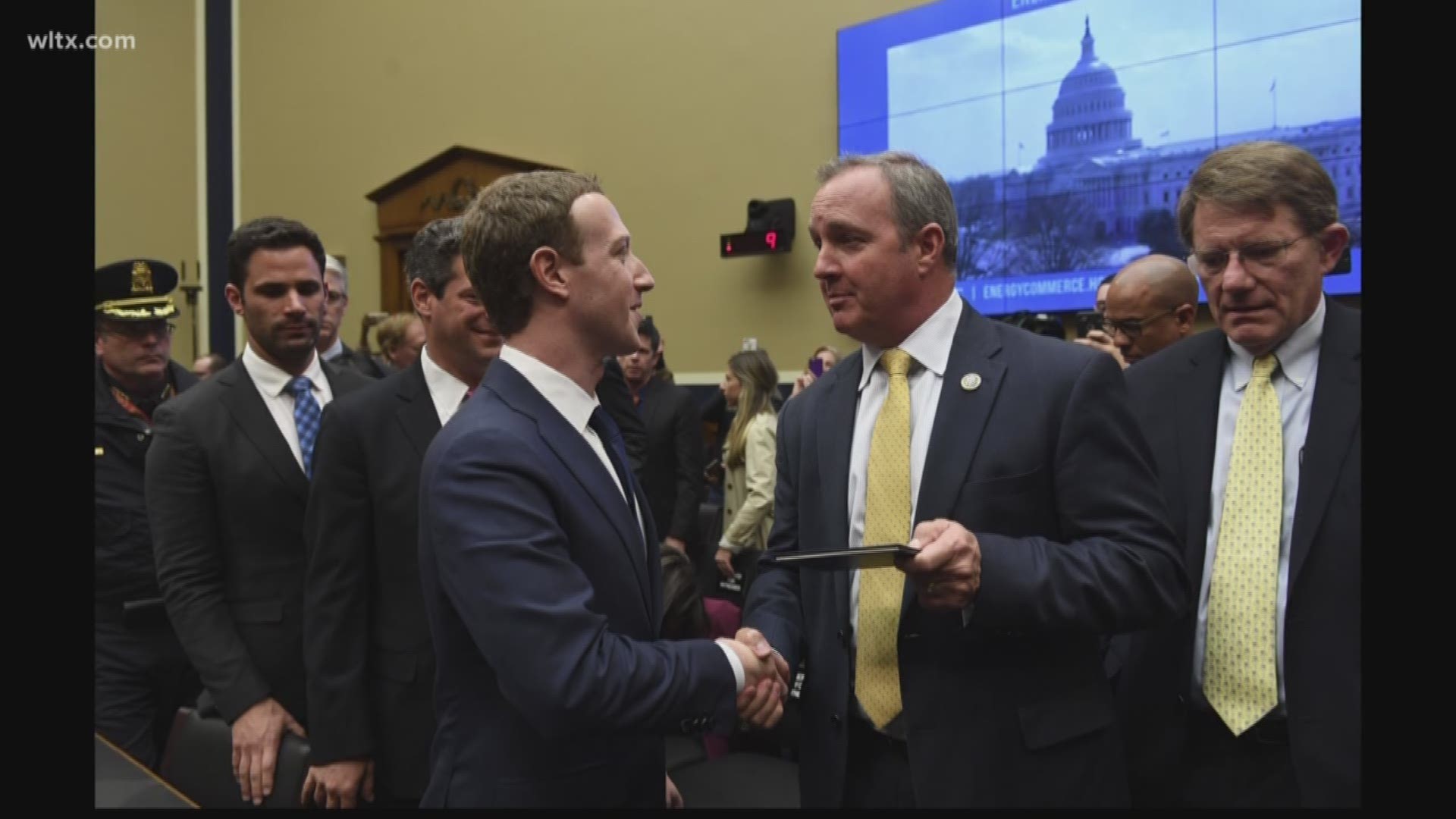 Washington, DC (WLTX) - Facebook CEO Mark Zuckerberg got an unlikely gift on Capitol Hill during his testimony: a copy of the U.S. Constitution.

The item came courtesy of U.S. Representative Jeff Duncan (R-South Carolina), who was one of the Congressmembers grilling Zuckerburg over data privacy. Zuckerberg spent a total of 10 hours over two days in front of senators and representatives explaining his companies policies in the wake of the Cambridge Analytica scandal, where millions of users had their private information compromised by the political consulting firm.

Zuckerberg admitted he himself has some of his data get harvested by the company.

Duncan, however, didn't use his allotted time to zero in on the data breach; instead, Duncan wondered if Facebook engages in censorship of religious and conservative viewpoints on the social media platform.

Duncan believes it does.

"Conservatives are the ones that raise the awareness that their content has been pulled," Duncan said to Zuckerberg. "I don't see the the same awareness being raised by liberal politicians, liberal candidates, or liberal policy statements."

Zuckerberg admitted his company makes mistakes when reviewing content that may be objectionable, but says that a range of political and social groups, not just conservatives, have had their content flagged or blocked.

Duncan shared that he's been using Facebook since 2007 when he was in the South Carolina legislature, and called it an "invaluable' tool for connecting with voters. But he quoted the First Amendment and its freedom of speech clause, and suggested Facebook have a similar standard built into its algorithm.

He then said he'd give Zuckerberg a copy of the Constitution he had in his hand.

But Zuckerberg pointed out that he feels some forms of content don't need to be on his platform.

"I think that we all can agree that certain content like terrorist propaganda should have no place on our network, and the First Amendment--my understanding of it--is that kind of speech is allowed in the world," he said. "I just don't think it's the kind of thing we want to spread on the internet. Our general responsibility is to allow the broadest spectrum of free expression as we can."

Duncan agreed with Zuckerberg on the terrorism point, but still felt the social media giant needs to do more.

"The [First Amendment] standard has been applied to private businesses, whether those are newspapers or other media platforms," Duncan said. "And I would argue that social media has become a media platform to be considered in a lot of ways the same as other press media."

Duncan pledged that he and Congress would work with Zuckerberg to address his concerns, again saying that overall, he likes the mission and the work of the platform.

After the hearing, he made good on his promise, immediately walking over to Zuckerberg and handing him the copy of the Constitution.