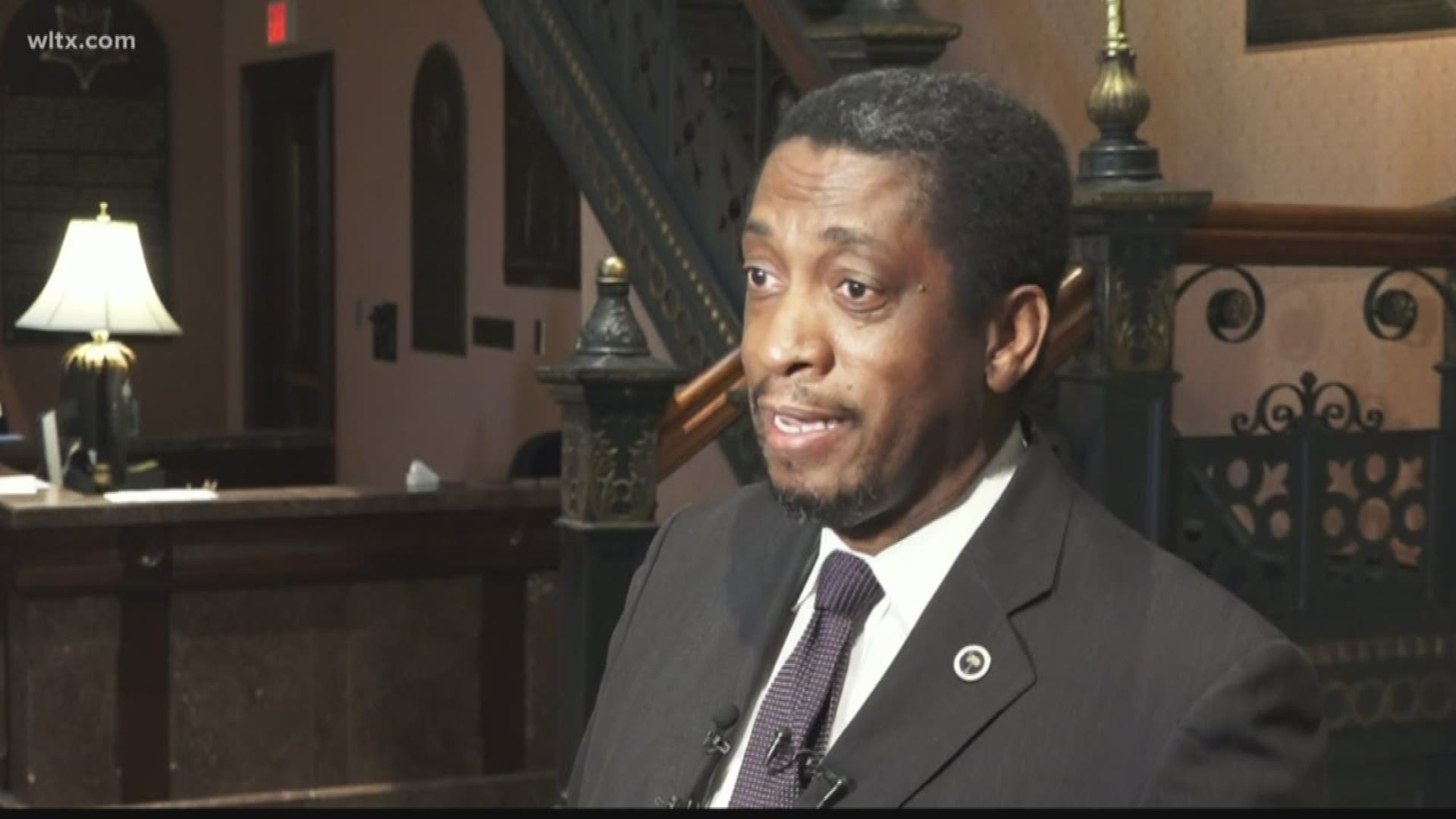 Rep. Govan was paid more than $43,500 for working for Steyer's campaign, according to Federal Election Commission filings.

“I mean this is more a comment about Tom Steyer than it is about Jerry Govan, the guy's got so much money he can do whatever he wants with it,” Harpootlian said about Steyer.

Harpootlian elaborated on his criticism.

“We have a billionaire coming to the state and paying-- based on my experience, an extraordinary amount of money to the chairman of the House Black Caucus, who is not a professional, has not done this on a nationwide basis, and he's being paid more than their state coordinator. Now, is this about black and white? No. And have I accused him of anything illegal, immoral, or unethical? No,” Harpootlian said.

“The question was whether he was going to pocket the money or redistribute the wealth, implying Mr. Govan had done something illegal and something wrong. This was in regards to a statement filed by the Steyer campaign simply stating that they had paid a corporation owned by Jerry Govan 45,000 dollars. This payment is neither illegal or unethical,” Rutherford argued.

Rutherford called on former Vice President Joe Biden to disavow Harpootlian's support and no longer communicate with him. Harpootlian has been an outspoken supporter of Biden's and said he had no contact with the campaign about his comments before making them.

“We are supporters of doing what is right and making sure that when someone is doing something that they are clearly allowed to do under the law, that we don't cast dispersions on them because of the color of their skin, which is exactly what this appears to be,” Rutherford continued.

The Caucus held a press conference in the State House lobby on Wednesday afternoon to address the allegations.

The Govan Agency, LLC, registered in Orangebug, was paid for ‘Community Building Services,” according to FEC documents. The Agency made $20,000 in October, and $10,000 in November and December.

In a statement, the Steyer Campaign said Govan is an advisor.

"Rep. Govan was announced as a senior adviser to the campaign in September 2019. As his role as a senior adviser, the campaign agreed to compensate him in the amount of $10,000 per month plus reimbursable expenses to execute on a specific scope of work. The $43K amount is the amount Rep Govan was paid from Sept-Dec plus reimbursable expenses. Rep Govan's compensation is consistent with the salaries of other members of the team in South Carolina,” said Tiffiany Vaughn Jones, a spokeswoman with the campaign.

At their Caucus press conference, Rep. Rutherford alleged race played a role in the criticism.

“Representative Govan did not break the law and the fact that he is black seems to have brought himself to the attention of one of our senators. And we are offended by it,” Rutherford said.

Harpootlian pushed back in his own tense press conference moments later, with the caucus listening in.

“I understand the pervasive, horrible impact of racism. And this allegation cheapens, cheapens the effort of those of us who want to fight against it. It cheapens it. This is an effort to shield themselves by saying this is racist. Let's look at what's really going on here. We've got a billionaire buying elected officials, nothing illegal about it, nothing illegal about it, but it's wrong,” Harpootlian said.

At some points, as Harpootlian explained why he does not see himself as a racist, he was met with shouted comments from Caucus members.

Representative Govan referenced his experience in the state Democratic Party and work on campaigns, but did not directly address Harpootlian.

“Rather than go down that rabbit hole following the Senator, I like to leave things on a positive note. I'm very excited about the candidate I've chosen to support for President of the United States, in terms of Tom Steyer, I like what he's doing,” Govan said, adding he and his wife are both supporters.

At other points, Govan said he was, "Totally stunned," and added, "It's insulting."

WLTX has reached out to the State Ethics Commission for comment.