S.C. Election Commission urges Governor, others, to consider changes to voting due to coronavirus 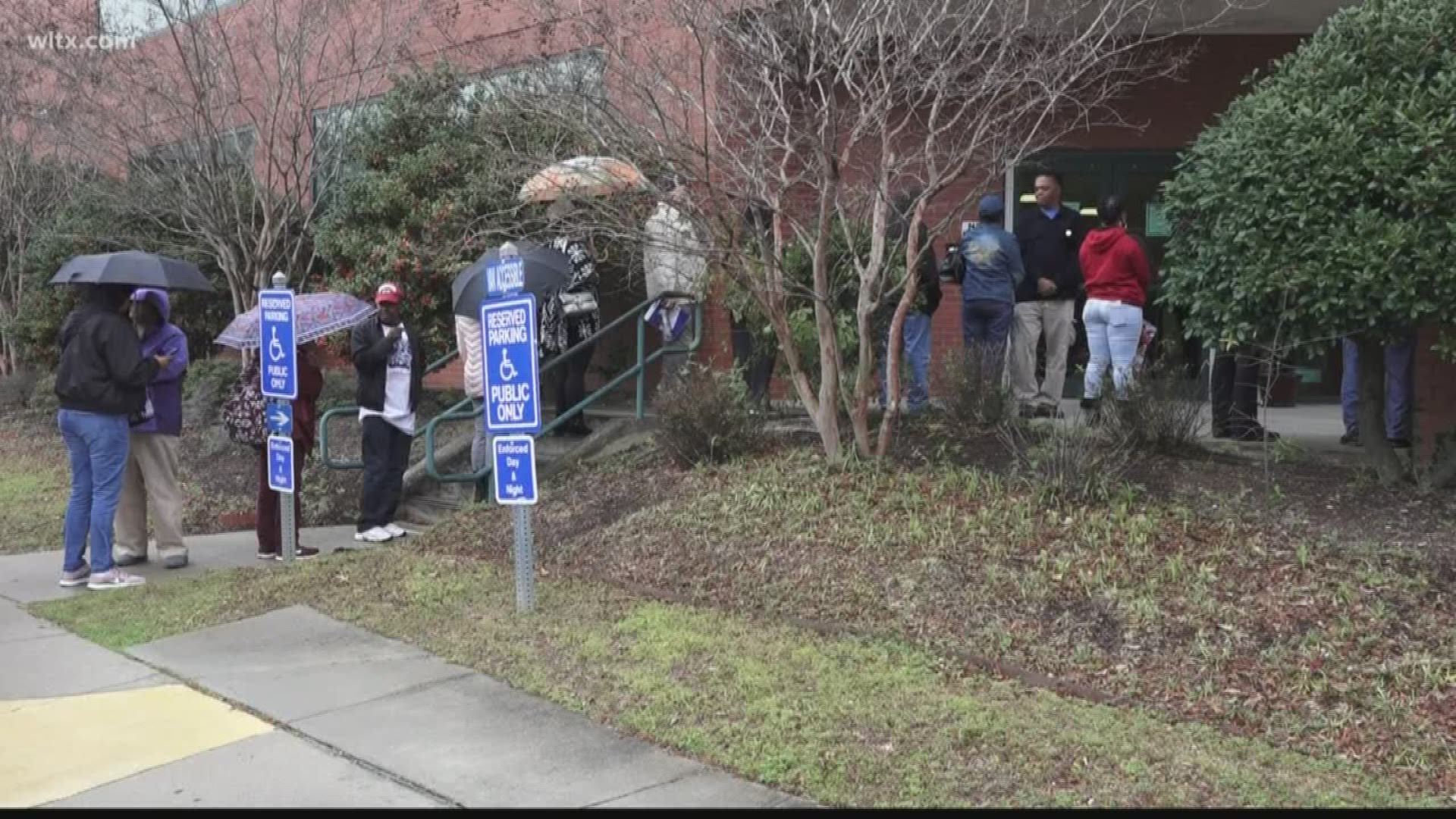 COLUMBIA, S.C. — The S.C. State Election Commission (SEC) has presented three potential options to government leaders in case the state needs to make major changes to how it votes.

The changes, proposed in response to the spread and health threat of coronavirus, could drastically change South Carolina’s approach to voting.

The SEC is not the only one asking the state’s leaders to consider changes, Charleston Senator Marlon Kimpson, Democrat, wrote a letter urging the SEC to create a vote-by-mail backup plan due to coronavirus.

“The state needs to be prepared to make access to the polls easy and safe,” Kimpson said.

The Charleston Senator said it is vital the state make sure its voters stay engaged and willing to participate in the process, even during a pandemic, as the 2020 elections will have significant impacts on the State House and White House.

Kimpson said South Carolina should consider a vote-by-mail election for the June primaries and November general election, or extend absentee voting 45-days out from election day.

“I imagine we would have to have a decision from the Governor's Office either to direct the South Carolina General Assembly or he himself, issue a declaration allowing the State Election Commission to conform its policies to the environment we are living in within the next 10 to 15 days,” Kimpson said about the timeline for major change.

"As the coronavirus continues to spread across South Carolina and the country, we are concerned about the safe conduct of the June Primaries, November General Election and all other elections scheduled for 2020. The main issue is that our elections, as currently prescribed by law, require large numbers of people to congregate in one place," the letter, signed by Executive Director Marci Andino, states.

The 4-page letter asks them to consider a few options:

Whitmire said none of the solutions are a silver bullet to the challenges coronavirus represents. Nor, would any of the changes completely eliminate the person-to-person contact voting sometimes requires.

For example, with easier access to absentee voting, early voting, and vote-by-mail options, polls would have to be open in some locations to provide accessibility voting, last-minute voting opportunities, and for voters whom can only vote on election day.

The SEC letter raised concerns about poll-workers, often in at-risk age groups, whom would be exposed to thousands of voters.

Also, the Commission expressed fear some tradition polling places, like schools and churches, would not want to be open and exposed to thousands of voters.

In the letter, the SEC urged the General Assembly to approve a separate proposed bill which would allow counties to begin counting absentee ballots earlier than election day, the bill has already passed the Senate.

Some of the proposals would be completely new for the state, like early-voting, while others would be expansions of existing options, like wider access to absentee ballots. 40 states already implement early-voting, according to Whitmire.

Whitmire declined to give a specific deadline the SEC would need to implement the changes without delaying election days. However, he said the earlier a decision is reached, the better.

In the meantime, Whitmire said the Commission would continue preparing for June’s primaries like nothing has changed.