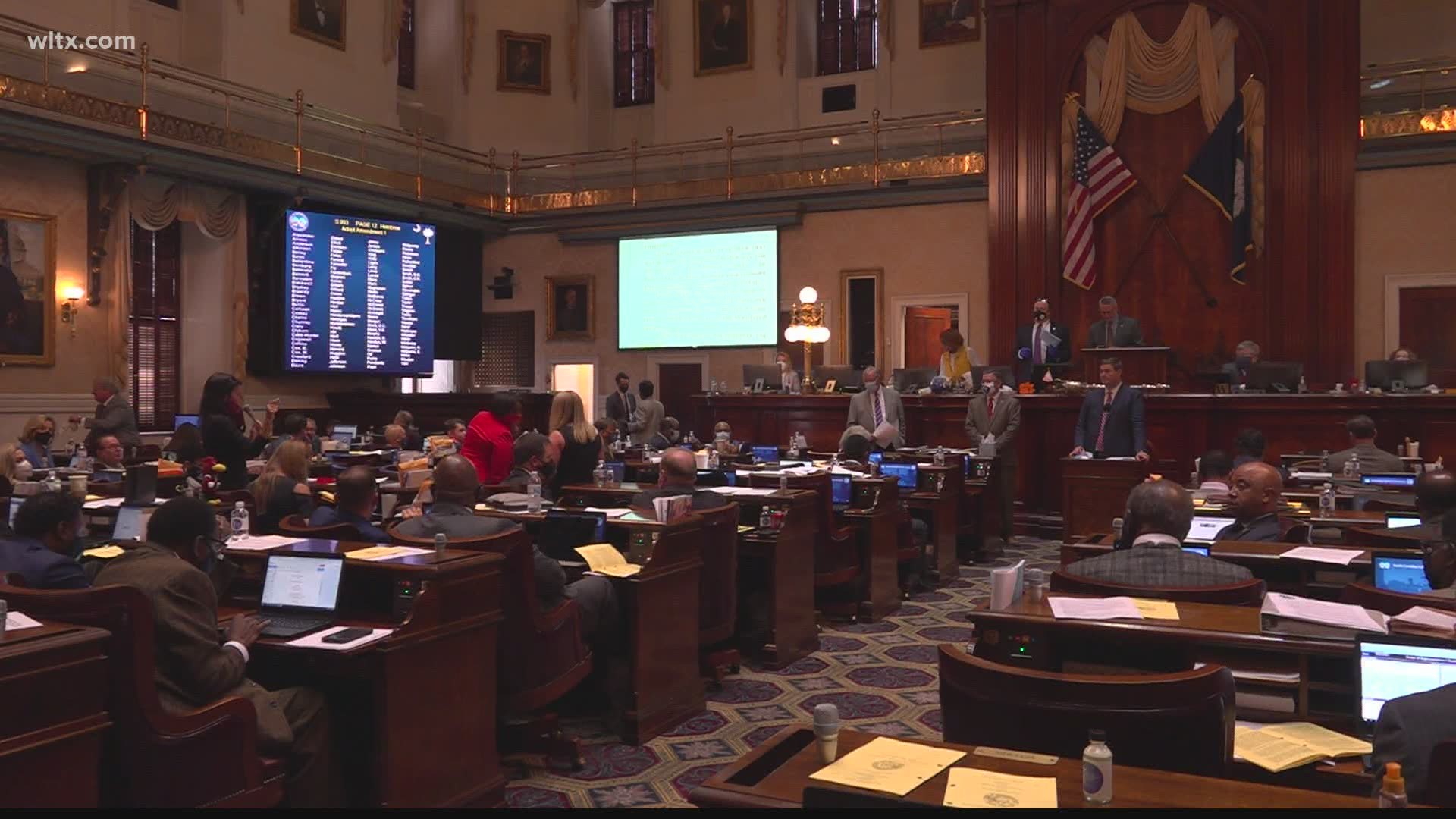 COLUMBIA, S.C. — The South Carolina General Assembly continued their two-week special session on Tuesday debating how to spend hundreds of millions of dollars in the state budget and CARES Act funding.

On Monday, the Senate proposed a budget for the 2020-2021 fiscal year. Here are some examples of what the budget includes:

Senator Vincent Sheheen says the budget helps pay teachers and school nurses. “One of the most important things is keeping our schools open safely. So, the budget we passed yesterday gave the teachers, who have heroically come back to work, their normal pay increases that they're supposed to receive. We also increased the amount of funding for nurses so that we can get nurses into these schools,” Sheheen says.

I was pleased that the Senate came together in a bipartisan manner today to pass this year’s budget. Despite still dealing with COVID-19 and not having a normal session, members from both sides of the aisle worked efficiently to get this done. Here’s what was included:

Senator John Scott says the Senate proposed a conservative budget since the year ahead is unpredictable with the coronavirus pandemic. “Hopefully, next year we’ll have a vaccine, we’ll get back on track and can get a budget that we can count on,” Scott says.

Now it's the House's turn to go over the proposed budget and spending of coronavirus aid from the federal government.

Representative Kirkman Finlay says a big chunk of the CARES Act money may go to the unemployment trust fund.

“We wanted to make sure we had the resources in place for the UI trust fund… [We added] almost 90 million dollars additional for [coronavirus] testing, between MUSC and DHEC. We increased the amount of money for small and minority businesses from 25 million to 50. That’s really to help out small minority businesses that were unable to access PPP or other federal programs,” Finlay says.

Here are some examples from the House CARES Act spending proposal:

The Senate and House will reconvene on Tuesday, September 22. The House will continue going over Senate proposals for the state budget and CARES Act spending then.