Senators met Tuesday to lay out their plan of how they'll redraw district lines based on new population data. 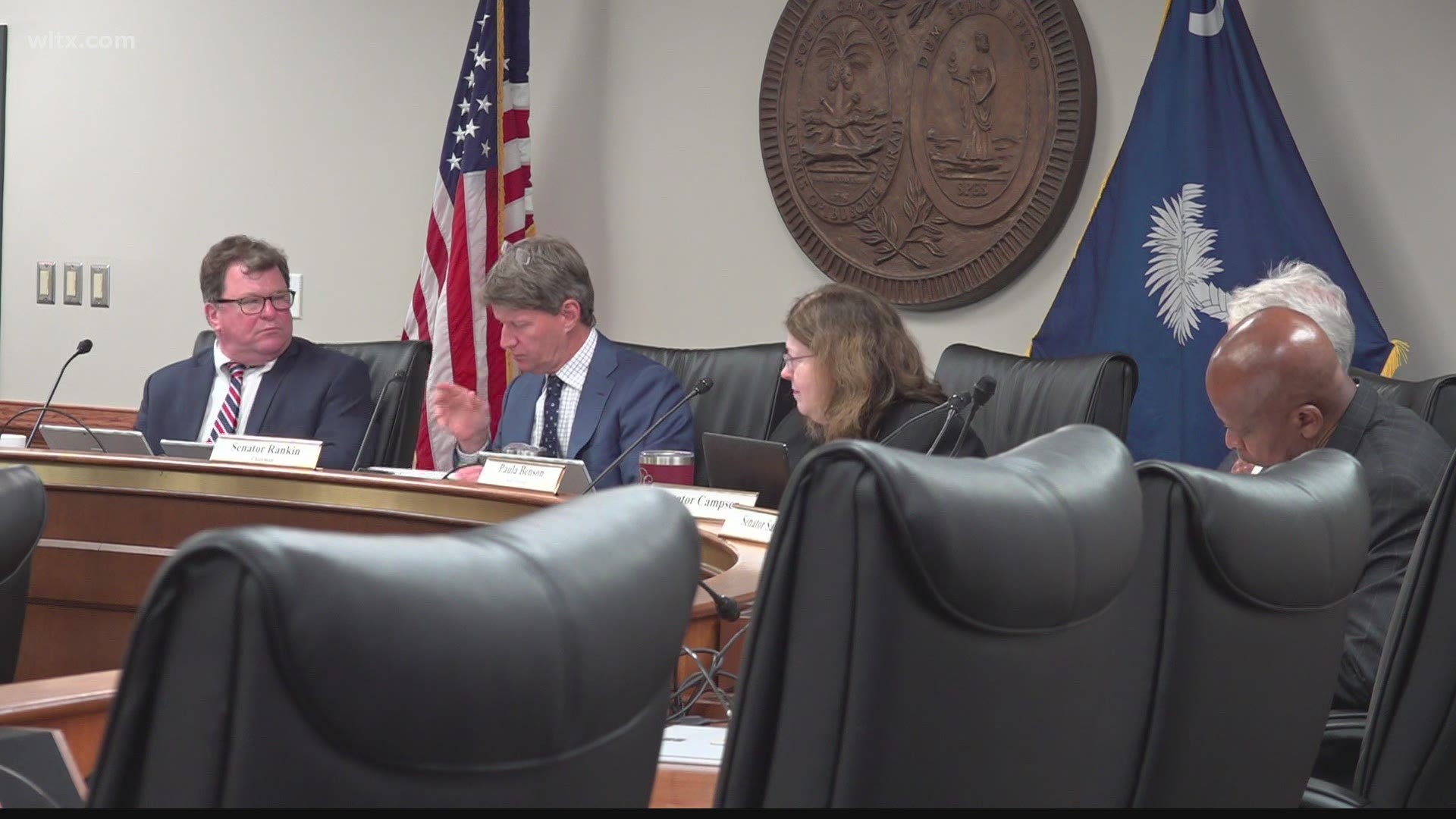 COLUMBIA, S.C. — South Carolina lawmakers have kicked off the redistricting process, which happens once every 10 years.

State lawmakers are tasked with redrawing district lines when population data from the U.S. Census Bureau is released each decade. The goal is for each district to roughly have the same number of people in it.

For citizens, which lawmaker represents you and who you vote for in local elections depends on which district you live in.

“How well you’re represented can depend on how the districts are drawn," explained Lynn Teague from the League of Women Voters.

Redistricting is the process of redrawing district lines every 10 years to accurately represent a state’s population.

The South Carolina Senate is kicking off this year’s redistricting process. Redistricting happens once every 10 years when the US Census comes out to determine how to redraw Senate, House and Congressional districts. @WLTX pic.twitter.com/g14KwU79wU

“It's very important to maintain the one person, one vote principle," Teague said. "That’s the underlying idea: To make sure that our districts both for our Congressmen in the U.S. House of Representatives and for our members in the state Senate and House represent roughly equal numbers of citizens."

Tuesday, the Redistricting Subcommittee of the Senate Judiciary Committee gathered to start the process. They’re responsible for drafting up maps, with the help of staff, for Senate districts and Congressional districts. The House will draft theirs.

"The smallest Senate district size could be 105,707 people and the highest size could be 116,833 people," explained Charlie Terreni with the Redistricting Counsel, based off limited 2020 data.

RELATED: Yes, the 2020 census has been completed, but full redistricting data hasn’t been released

Districts are based on population. The General Assembly expects to get more detailed data from the Census Bureau next month. As Senator Luke Rankin explains, the Palmetto State has grown substantially since the last redistricting process in 2011.

"The number [of people] dictates what the Senate district is to be comprised of, what’s the mix, again all those things will be determined," the committee chairman said. "Without a doubt you’ve got some high growth areas, some areas that are not growth areas, how do we, in fairness, within the construct of these principles, how do we draw those districts? That’s our challenge.”

He urges citizens to share their opinions and concerns on redistricting when they host public hearings this month and next.

The subcommittee will accept in-person, virtual, and written testimony at each of the public hearings. To sign up to testify, email redistricting@scsenate.gov, call 803-212-6634, or sign up in person at any of the hearings.

After the meetings, lawmakers will draft up plans and hope to have the maps finalized by October.