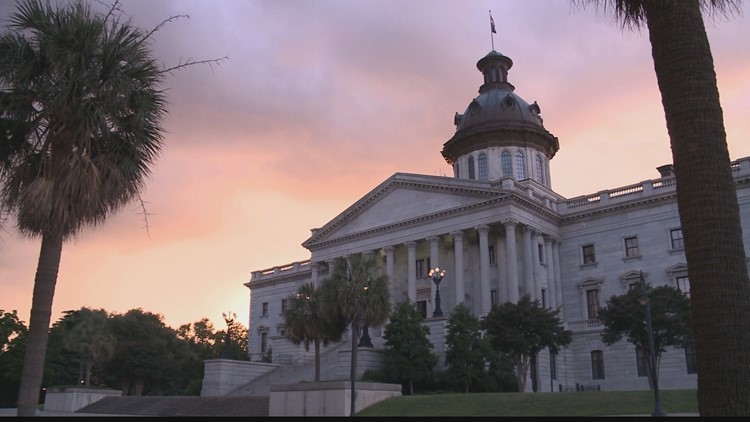 Photo by: WLTX
A file photo of the South Carolina State House.

On Monday, Democratic Senator Darrell Jackson announced his plan to reintroduce a hate crimes bill in the South Carolina Senate that would clearly define the act and its punishments.

"No legislation stops all crime, but it sends a powerful message and I think it's time," Jackson said. "When you're only one of five states without hate crime [legislation], that's embarrassing, quite honestly.  I will do everything I can to try to make sure that by this time next year, we're not one of those five states."

House Minority Leader Todd Rutherford weighed-in saying he hopes this will be the tipping point toward change.

"Representative [Wendell] Gilliard has been pushing hate crime legislation for years and before him we had been pushing it for years," Rutherford said. "I believe this will be enough to change it, but I've said that before. Dylann Roof wasn't enough; the death of nine people wasn't enough, so I don't know, but I hope that this is."

Senator Jackson says he will be working alongside Democratic Representative Beth Bernstein to co-sponsor legislation.

"We're working on a bill that we think can gain the support of people from both sides of the aisle," Jackson said. "This does not need to be partisan and I don't think it is."