The $1.3 billion federal dollars would be used as Phase One of the state's coronavirus aid response, it now heads to the S.C. House for a vote 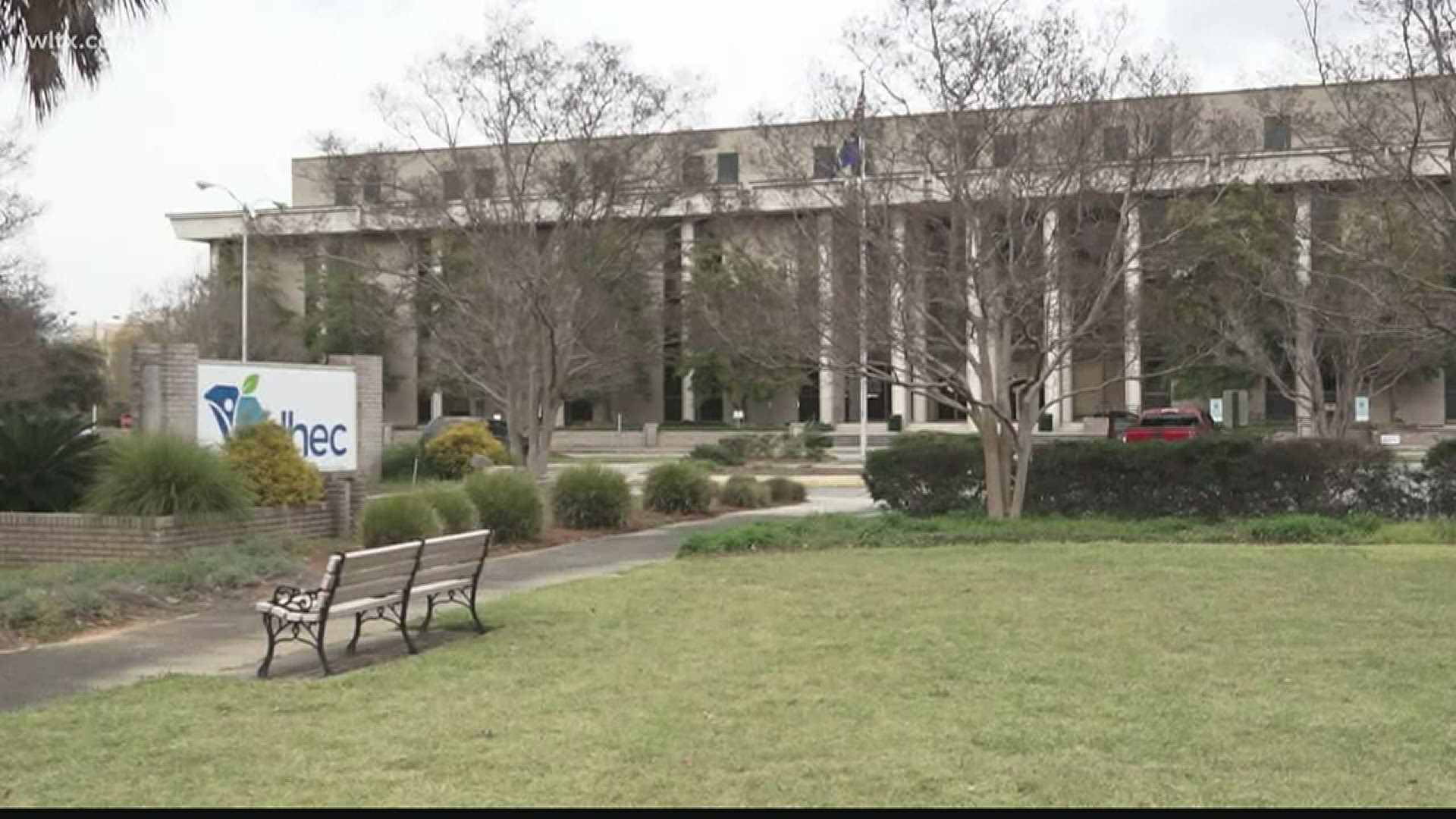 The $1.9 billion will be spent in two phases, the first phase was approved at around $1.3 billion.

The Senate met for the first time since mid-May when the General Assembly approved a continuing resolution to keep the government funded through the end of the fiscal year and beyond, if needed.

Since mid-March, the General Assembly has been unable to meet regularly and suspend it’s session, due to the Coronavirus.

Tuesday, the Senate spent about three hours discussing how to appropriate the $1.9 billion in federal relief.

$222 million will go to the Department of Education for academic recovery camps, five-day kindergarten through eighth grade academic instruction before the new school year, and food services.

$500 million will be sent to the South Carolina Department of Employment and Workforce for the unemployment trust fund. 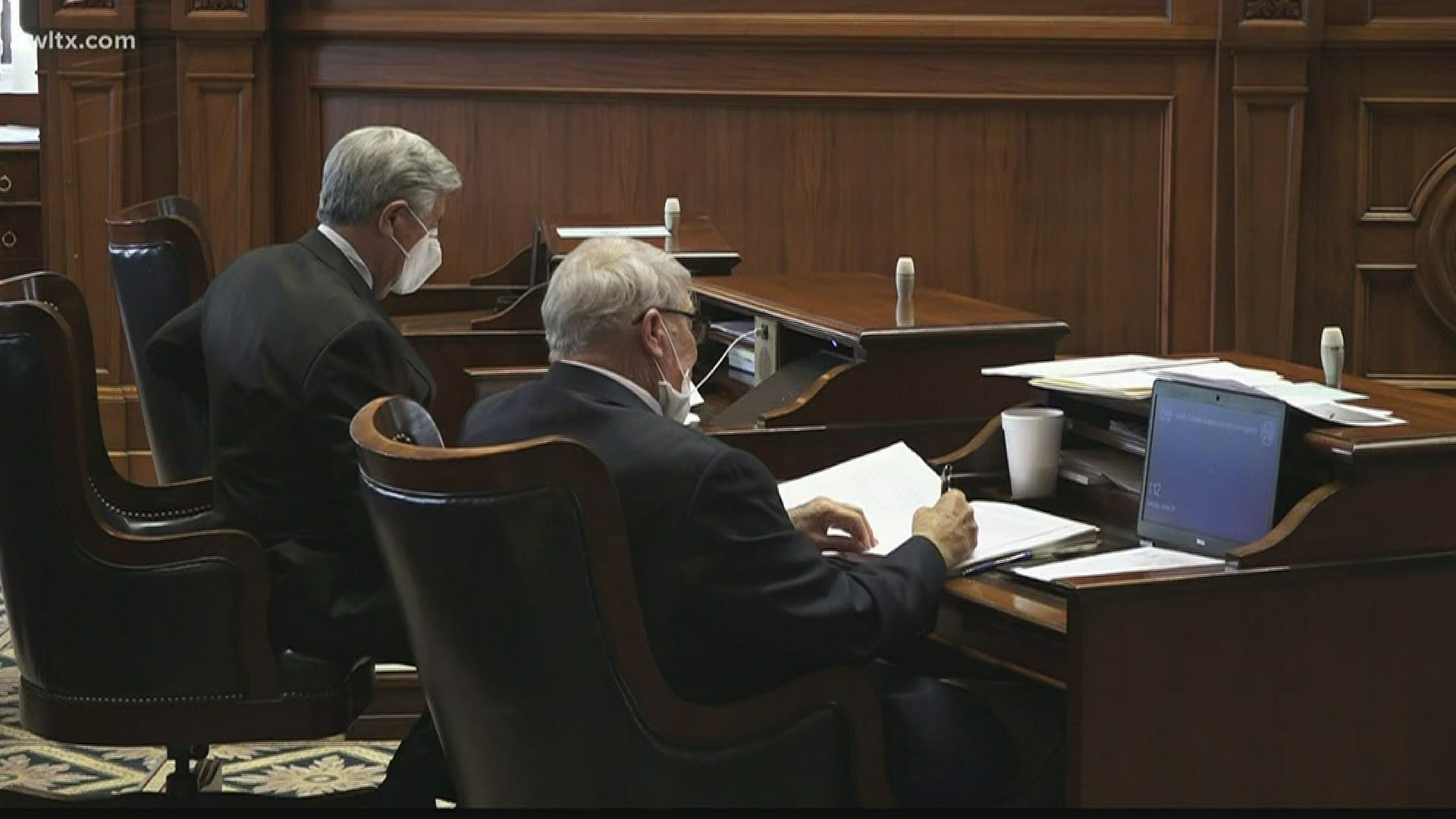 Other funding will go to local governments and agencies, DHEC, the PPE state stockpile and supply chain planning, and $125 million for public and private hospitals.

$50 million will also be used to expand broadband in underserved areas, which senators said has become a hot button issue on both sides of the aisle.

“I was worried, because out where I live in the country, I mean I live in Spartanburg County, but I live out in the country, there's no wifi, there's no access to broadband, Spectrum, Charter, AT&T. We do not have that where I live and a lot of my neighbors are in the same situation. So, some of the lower, more populated areas of the district are fine and I've got rural areas near me and in Union County, and Spartanburg and Greenville as well that are underserved. So, probably one of the biggest things that I see in this is the broadband,” said Senator Shane Martin, a Spartanburg Republican.

“It is my hope that we conquer that divide between rural and urban, which a lot of times has to do with social-economic areas as well. I think that what we have to do is understand there's approximately 193,000 homes in South Carolina that does not have broadband. We got to make sure that we can end up having enough capacity to end up making it greater than the 25mb download, 3mb upload, to end up getting it where it's in the modern day times,” said Senator Gerald Malloy, a Darlington Democrat.

The resolution for the CARES Act funding was approved near the end of Tuesday’s session and will now be sent to the South Carolina House.

It’s unknown if House members will add amendments to the bill. The Senate did add at least one amendment, abolishing standardized testing in public schools for the coming school year, but it appeared the amendment would not face majority opposition in the House.

Due to the rules governing the resumption of the suspended session, lawmakers in both chambers are prohibited from voting on issues which were not already agreed to, which does not include recent civil unrest or racial tensions.

The Act, which was not introduced or voted on before the suspension of regular session, cannot receive a vote this year.

“Proud father of three young men, 29, 26, and 24-years-old, it's a real thing in my home. I can tell you that I'm not immune to it myself. I mean I have been stopped before, many times over, and I will just tell you one time I was stopped and I was asked, "Where'd you get the Senate tags from?" And so, we took that as a learning point, but it doesn't happen for everyone. But I think that we have seen on nationwide TV now, that people are saying, "Guess what? Enough." And I think the General Assembly will respond,” Malloy said about the bill’s chances in January.

“We mentioned yesterday in talking about this, law enforcement is as interested as the public itself that has concerns about policing. Law enforcement is concerned about doing the right thing and improving the professionalism in their industry. So, I don't have a concern at all that this won't continue to be a hot button issue that we're going to take up,” said Senator Sean Bennett, a Dorchester Republican and LEADS Act sponsor.

The newly elected General Assembly would have to take up the issue in January 2021.

Lawmakers from both parties also weighed in on growing debate about mandatory mask laws popping up for consideration in cities and counties across the state as cases rise.

“I think it's important for each local community to do whatever is necessary. That may mean requiring masks when there's a large outbreak in a small area, it may be encouraging masks. But, I think we have to do that on a county by county or city by city level,” said Senator Vincent Sheheen, a Democrat from Kershaw.

“Well you know I'm not for government mandates, I do believe-- I think the city of Greenville just issued one, I do not believe that's legal, but I think somebody will have to sue. I do not have a problem with a private business setting mandates or something like that to come into their business, let the customers choose, but I think it's a slippery slope when governments start mandating something when they don't have the technical authority to do so,” added Senator Martin.

Almost every senator was using a mask or face-covering while in the Senate Chamber on Tuesday.