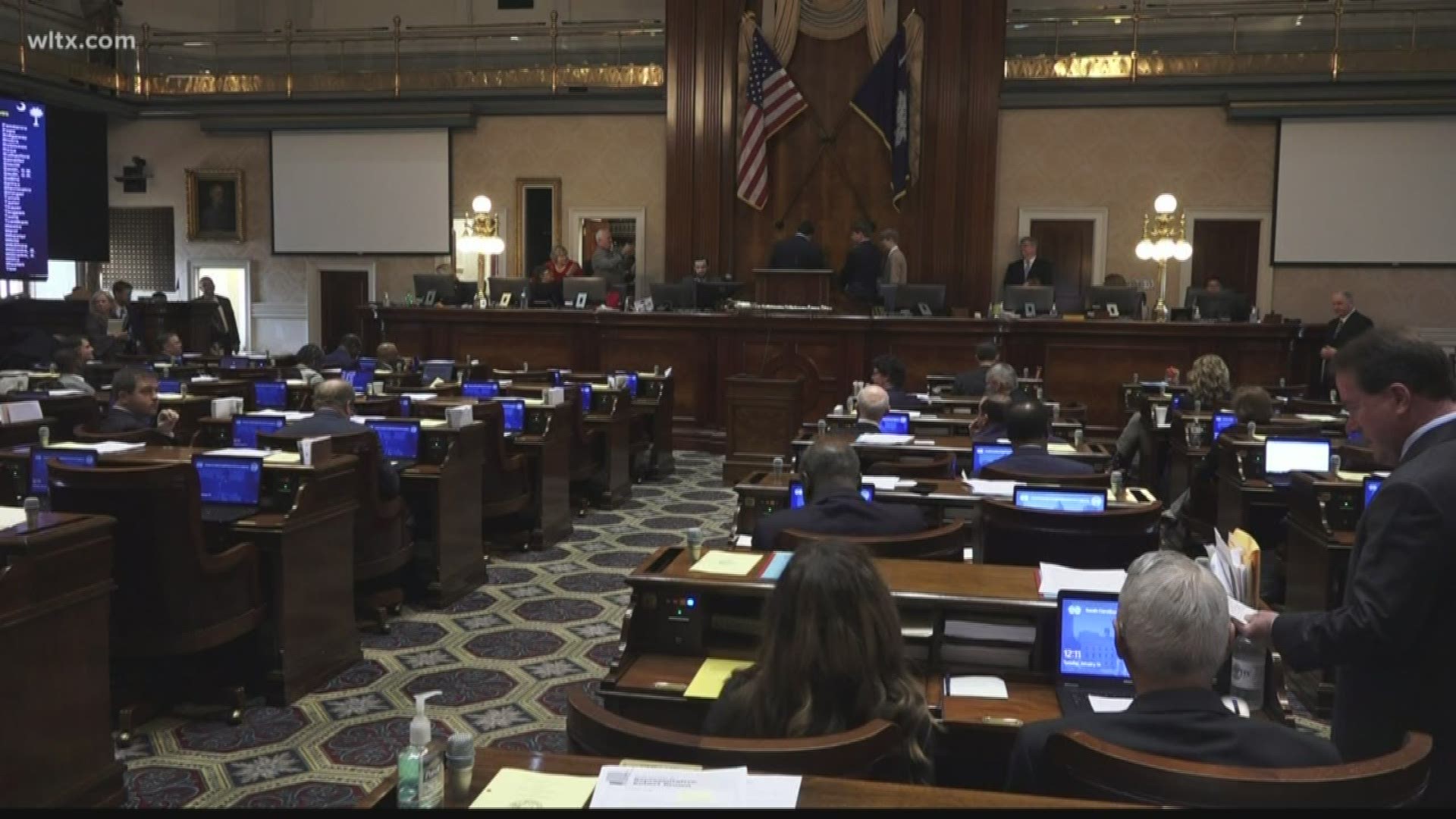 South Carolina lawmakers officially began the 2020 session in both the House and Senate on Tuesday.

The beginning of the session comes just a day after Governor Henry McMaster announced what he'd like to do with the state's $1.8 billion estimated budget surplus.

The details of the Governor’s proposal can be read here.

As the House gaveled in the first day of the session, lawmakers on both sides of the aisle said the proposed budget had items they liked.

“Tax reform has been one of my passions so the fact that the Governor, and he has been previously, is aligned with that I'm excited about that. I think we've got some financial opportunities here, got some opportunities to take care of teachers, take care of our state employees, I saw a lot of good things in the budget,” said Speaker Pro Tempore Tommy Pope, (R) York.

“The Governor's talked about giving teachers raises, we're all in favor of that. We're not sure that $3000 is enough, because what we want is not just to be at the Southeastern average, not at the national average, but we want teachers to be excited about teaching in South Carolina,” said Minority Leader Todd Rutherford, (D) Richland.

Rutherford also was encouraged with the proposed state employee raises.

However, Pope and Rutherford expressed concerns about the Governor's proposal to return $250 million to the taxpayer in form of rebate checks.

Last year, the General Assembly went along with the Governor’s request to use the $61 million Mega Millions jackpot tax windfall to return $50 rebate checks to taxpayers. The decision was not without criticism then and looks to be debated again in 2020. 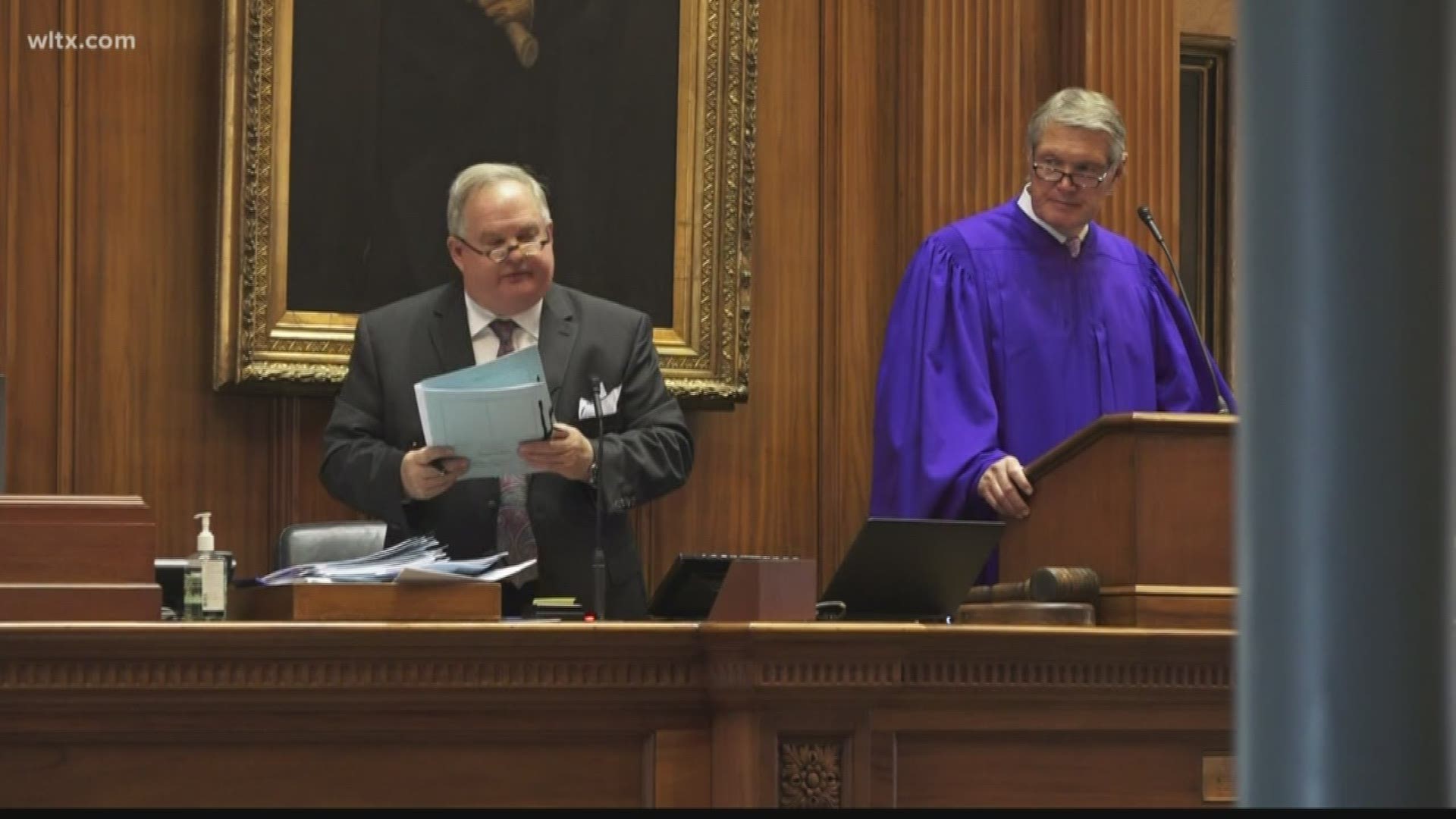 “Sounds to me like a gimmick, it's no time for gimmicks. We still got a budget deficit related to our pension program that is in the billions of dollars. And although what we have is 1.8 billion more than we thought we would have, it is certainly not a surplus by any means,” Rutherford said.

“As this session rolls in and I know that again will be an issue, I'm hopeful we can do something more comprehensive that'll pay dividends past that one check and down the road,” Pope added.

Across the lobby in the Senate, a debate was already forming on the education reform bill. The bill, which worked its way through a Senate committee for all of 2019, is set to be the first item on the agenda for the Senate.

On Tuesday, in a 40 to 4 vote, the Senate put the bill on special order, with an explanatory session to begin Wednesday.

Senator Greg Hembree, (R) Horry, said he expects the Senators to propose amendments to the bill starting next Tuesday.

Before the special order vote, Senators Mike Fanning, Dick Harpootlian, and Shane Martin expressed concern with the timing and rapidness of the decision to put the bill first, with some expressing concern about the time they had to read it.

In an interview after the vote, Hembree said senators were able to request the final version of the Senate bill at any time over the last month. The Horry Senator also said he plans to spend a large portion of Wednesday’s Senate session explaining the bill and answering questions.

After the vote, Kershaw Democrat and Senator Vincent Sheheen said he was looking forward to a spirited debate on education issues.

“There's a lot to do though, and my focus, and I hope my colleagues' focus, is really on raising teacher salaries. You know, we don't have enough teachers in the classroom. A teacher is going to make the greatest difference on any child in that classroom, we've got to focus on that. Making sure that we expand 4-year-old kindergarten across the state. And I was so thrilled that Governor McMaster joined my effort to expand it across the state this year. And then I want to make sure we reduce this obsession with standardized testing,” Sheheen said.

Senator Hembree also said there is always work to do on education, even after senators vote on the reform bill.

“I do think just as a state, we have got to raise up the recognition and appreciation of the profession of education. I think that's a big part of it, the second part is recruiting new people into-- the best and brightest into our education system as teachers. That's a critical need we have,” continuing he’d support raises and look at other education bills this session.

Lawmakers return to the State House on Wednesday.