As a fierce partisan debate takes place in Washington over Judge Amy Coney Barrett’s nomination, many in Columbia still had questions Monday. 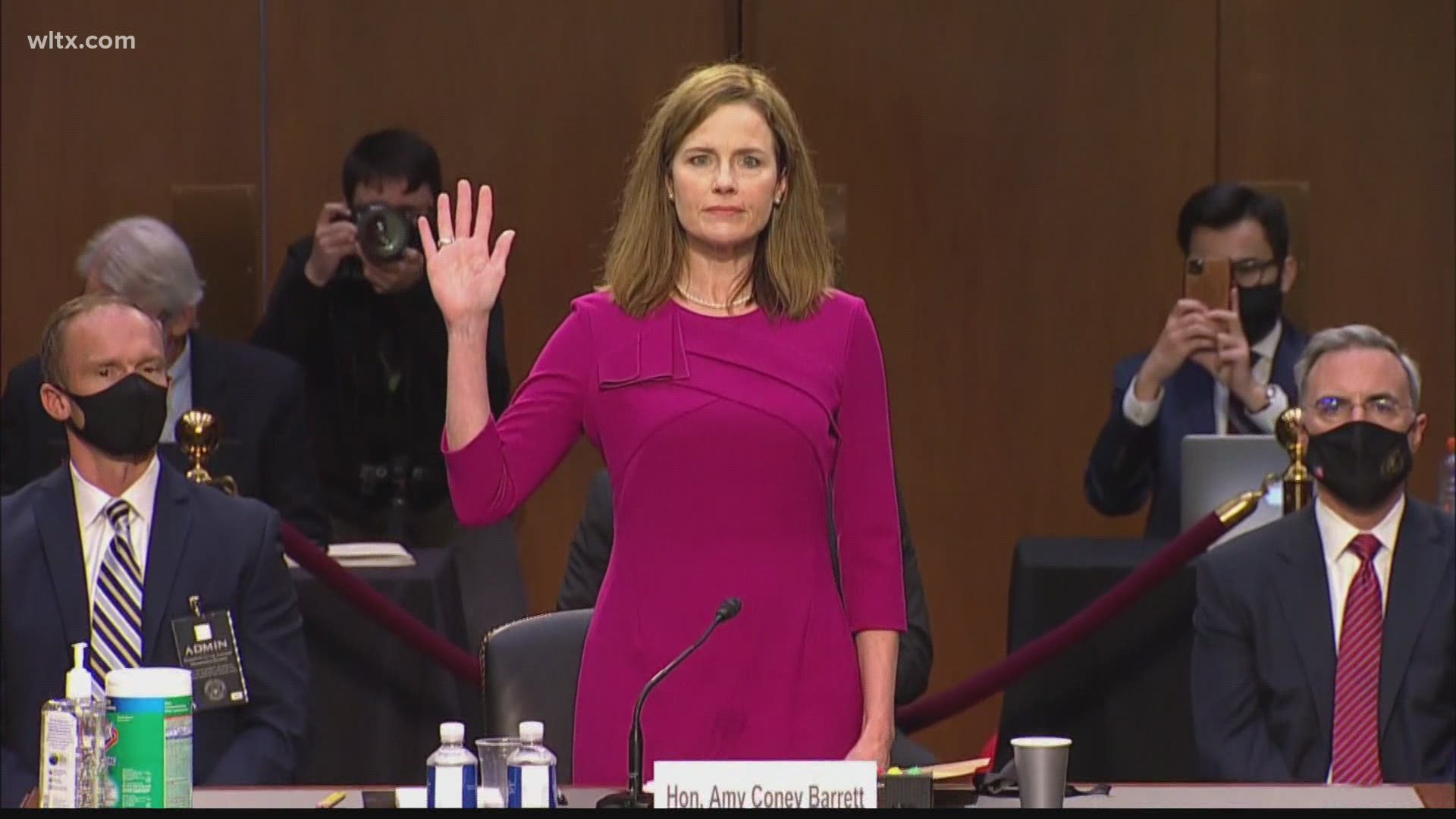 COLUMBIA, S.C. — As a fierce partisan debate takes place in Washington over Judge Amy Coney Barrett’s nomination, many in Columbia still had questions on Monday.

“This is the first time that I have heard anything about this,” Natalie Hazzard said.

“I don’t know anything about it,” Davis said. “I want to know what her values and her views are.”

The reaction did not come as a surprise to Jessica Schoenherr, assistant professor of political science at the University of South Carolina.

“This happened very, very quickly,” Schoenherr said. “There wasn’t a lot of time to drum up this kind of attention for what’s going on.”

An increased pace and significance, according to Schoenherr, after President Trump nominated Barrett to succeed the late Justice Ruth Bader Ginsburg on the Supreme Court last month.`

The 48-year-old mother of seven currently serves on the 7th U.S. Circuit Court of Appeals. If appointed, she would cement a 6-3 conservative majority on the high court, which Democrats argue could lead to changes on landmark issues like abortion and the Affordable Care Act.

“A lot of people feel that the Supreme Court shouldn’t be having these hearings, that whoever wins the election in November should be the one to decide, and that might be Donald Trump, at which time it would probably be Judge Coney Barrett anyway, or it could be Joe Biden," Schoenherr said.

The potential impact of her appointment is a concern for some like Julia Linthicum.

“I think that the nomination is being really rushed and I’m worried that she’s going to infringe on women’s rights and gay rights and other civil rights like that,” Linthicum said.

“I just hope that she has a fair and impartial hearing,” James said. “I’m very impressed with her resume professionally but also personally.”

The confirmation hearing for Judge Barrett continues on Tuesday with questions from members of the Senate Judiciary Committee.